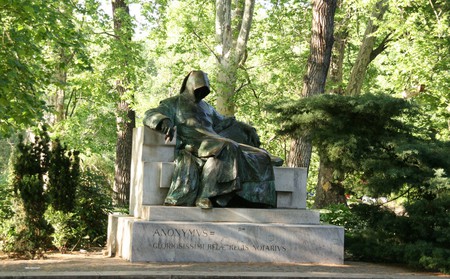 Dotted around Budapest, a number of statues offer luck of varying types to those who manage to find them. Let us take you on a tour of the city’s lucky charms – with tips on what to see in the area once you’ve topped up on good fortune.

Occupying a small space on Zrínyi utca, a street linking St Stephen’s Basilica with the Danube, one of the first things you may notice about this statue of a policeman is just how shiny his belly is. The reason? Rubbing the jolly fat policeman’s stomach is said to bring good luck, particularly in love! In his lifetime, the inspiration behind the statue was said to be a lover of food and women. He was immortalised during the 19th century, with a round belly to symbolise hearty Hungarian cuisine.

Food and drink: For delicious desserts, head to Chez Dodo (drinks and handmade macarons) or Gelarto Rosa (ice cream served in the shape of a rose). 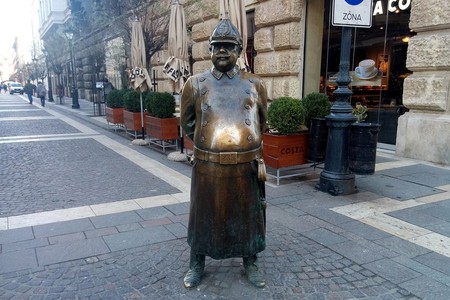 This mysterious statue of a hooded figure in Budapest’s City Park portrays a famous chronicler whose identity is unknown. Serving in the court of King Béla III, who ruled over Hungary and Croatia between 1172 and 1196, Anonymous is famous for penning the Gesta Hungarorum (Deeds of the Hungarians) and for providing a glimpse into life in medieval Hungary. In reference to his profession, the statue holds a pen in one hand, and legend has it that those who find Anonymous and touch the pen will gain great writing skills and find literary success. 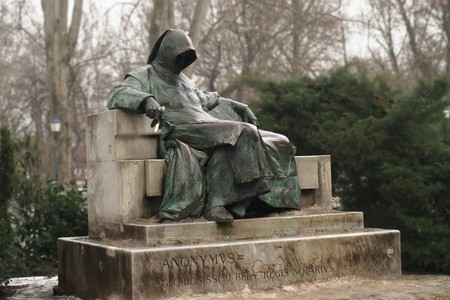 Sitting casually on the railings next to a tram stop along the Danube, this statue of a young princess was designed by sculptor Lászlo Marton. His daughter provided the inspiration: when she was young, she would parade around the garden, wearing bathrobes as a mantle and a paper crown made of newspaper – just as the statue does today. Originally, Marton created a 50cm statuette (which can be seen in the Hungarian National Gallery); however, in 1990 a larger rendition was created and erected on the banks of the Danube where it still stands today. Rubbing the Princess’ knees is rumoured to bring both luck and self-actualization – sounds like a pretty good deal!

Food and drink: Gerbeaud Café (one of Budapest’s oldest and grandest cafés). 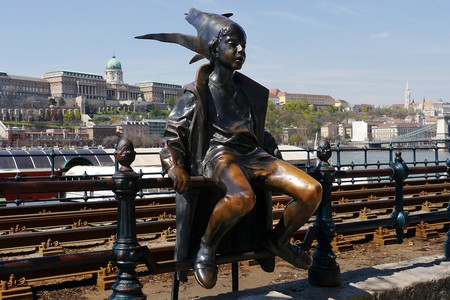 A famous Hungarian Hussar of the 18th century, András Hadik is known for his role in the Seven Years’ War (1754 – 1763), when he was instrumental in capturing Berlin. He became famous for his bravery and cunning, often using tricks to trap his enemies. In 1937, a statue of Hadik atop a horse was erected near the Fisherman’s Bastion as part of an effort to pay tribute to the Hussars of Hungary, and the statue is said to bring luck to those who rub it. Which part? The horse’s, ahem, balls. They’re now a shiny brass colour thanks to the large number of tourists who’ve sought out the statue to profit from its rumoured lucky quality. 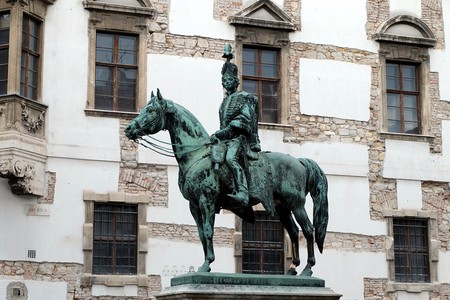