A Guide to Hungary's Most Delicious Desserts 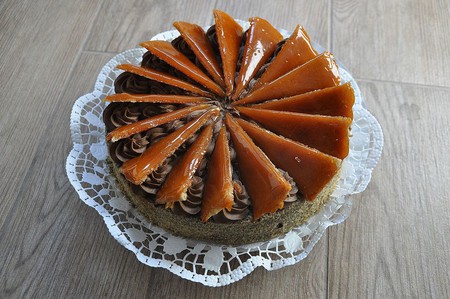 Every European country has its own variations on desserts, and Hungary is no different. With a range that covers sponge cakes, cream cakes, pastries and even dough cooked on a spit, Hungary’s delicious desserts have something for everyone…

Named after Prince Paul III Anton Eszterházy, it was invented in the late 19th century and originally included almonds that have since been replaced entirely by walnuts. The recipe is iconic throughout Hungary – and Austria as well – thanks to its easily identifiable multiple layers of buttercream and meringue dough. 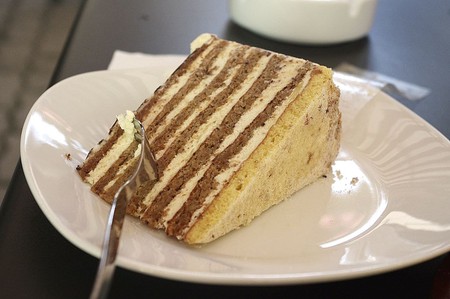 Despite being named as such, Somlói Galuska weren’t actually invented in Somló. In fact it was created at historic restaurant Gundel by Béla József Szőcs, who had studied for years at the famous Gerbeaud confectionery, presenting the dessert at the 1958 Brussels World Fair.

The dessert itself has been adapted many times over the years, but it traditionally features three different dumplings – that’s the galuska – of plain, chocolate and walnut sponge cake. Typically, it’s served with whipped cream, chocolate sauce and any other sort of sweet garnish.

Arguably, this one is Hungary’s most famous cakes. King Joseph Franz and Queen Elisabeth of Bavaria were among the first to taste it when it was revealed at the 1885 National General Exhibition. Its design came from József Dobos, who had intended to make a cake that would keep for longer at a time when cooling facilities were limited. This resulted in the caramel layer on top and ground hazelnuts around the sides, which would preserve the layers of cakes and stop it from drying out. 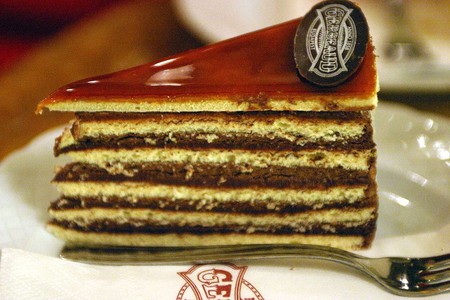 Coming from the mind of celebrated Hungarian chef János Rákóczi, this light treat has been prepared since the 1930s but wasn’t published until 1937. It consists of a thin sponge base, a thick layer of sweet túró (cottage cheese) and then crisscrossed on top with meringue. It’s then baked, with the space between the meringue filled with jam – traditionally peach or apricot. It’s not a common treat these days, but certainly one to track down.

This Hungarian-Jewish creation has an eclectic mix of ingredients, and is much older than many other recipes on this list. There isn’t even a creator to whom it can be attributed; in all likelihood it is a domestic invention that somehow gained popularity. Its most distinct aspect is the multiple layers of pastry that are stacked together with sweet walnut, apple and poppyseed fillings. It can also be cooked with honey and wine to really make for a rich dessert. 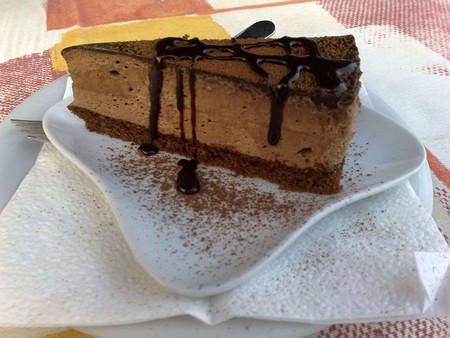 There’s a sense of the romantic about this chocolate cake, though the specifics are still speculatory. It is said that a Hungarian gypsy violinist came across Princess Clara Ward of Chimay while in Paris with her husband – and charmed her into eloping. Some stories say that Rigó Jancsi, the violinist, devised the cake with a pastry chef and gave it to her, while others believe the cake already existed but was named after Rigó in celebration of their love.

The cake itself has two thin chocolate sponge layers – one at the top and one at the bottom – with a thick, rich chocolate filling in the middle. The layers are separated by a thin apricot jam.

French confectioner Emil Gerbeaud lived and worked in Hungary, and is perhaps one of the country’s most famed cake-making talents. This cake – named as a a Hungarian variant on the famed Gerbeaud name – is typically only eaten at Easter or Christmas. It’s a simple but pleasant slice, with a thin cake top and bottom filled with layers of walnut and apricot jam, topped with a thin chocolate ganache. 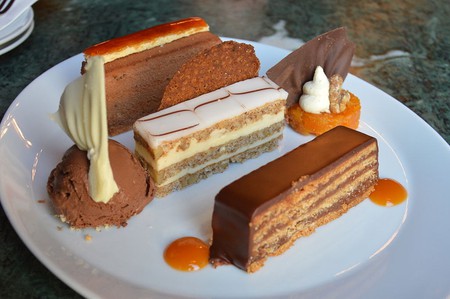 If you were to learn that these plum balls were made of potato, you’d likely wonder what the Hungarians were up to. But Hungarian desserts aren’t exceptionally sweet, typically using fruits, jams or additional toppings to bring that sweetness. These balls are baked with half a plum inside, though of course the fruit of choice can be adapted. There’s even a popular túró balls dessert, too, which serves sweet cottage cheese balls up with custard.

Typically only served at Christmas and not an exclusively Hungarian recipe, these pair of walnut and poppyseed rolls are traditional treats for any kind of celebration. The Hungarian twist, however, is that they are both served alongside one another, whereas in other countries that also have this treat they often only pick the one that is preferred. 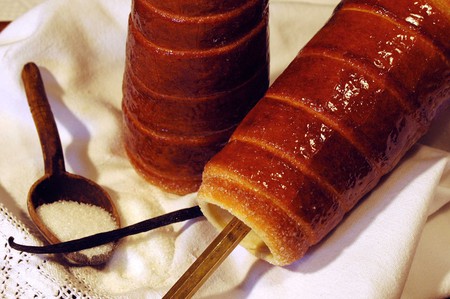 Consider to be one of the oldest cake recipes, this ‘chimney cake’ has been around for numerous centuries. Though it is said to have originated in Transylvania – a former part of Hungary – it is now considered to be a Hungarian treat, and can be bought at numerous stalls within city centres across the country. It is a cake baked on a spit and coated with sugar, cinnamon or other such sweetening.