A Brief History of Hungarian Goulash 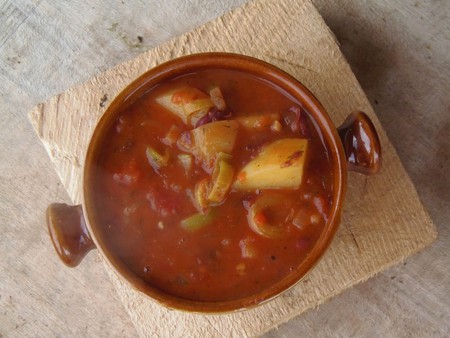 Hungarian goulash is possibly the nation’s most well known dish. Beloved by many, it’s a delicacy with traditional roots which has been adapted and personalized throughout the ages and today can be found on menus and in homes across the country. But where did it all begin?

In it’s original form, Hungarian goulash is actually written “gulyás”, which literally translates as herdsman or shepherd. As far back as the 9th century, herdsmen would prepare a supply of meat before they left home on journeys across Europe. This was cooked and seasoned, along with onions, in an iron kettle over an open fire until all the liquid was gone. Once dried out, this mixture was stored away in bags. When the time came for a hearty meal, all that was needed was to boil up some water and add it to the meat, to create a quick, warming and simple stew. 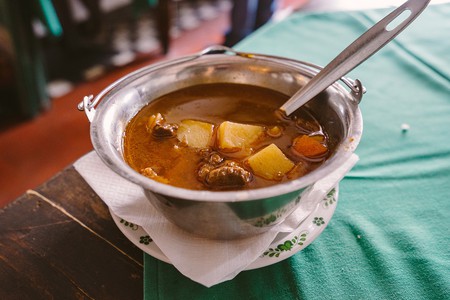 What originally started out as a meal borne from necessity has today become a national specialty with a number of alternative variations. Most common is the inclusion of Hungarian paprika, which was added during the 18th century and is seen by many as an essential feature of the dish today. The addition of tomatoes was made during the first half of the twentieth century; it’s also common to include pepper, potatoes or noodles to modern adaptations. Usually eaten as a main course, goulash is a cross between a soup and a stew, however it’s often found on the soup section of menus.