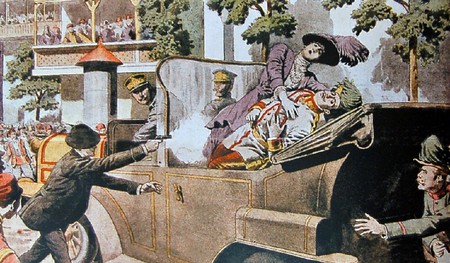 On the morning of June 28 1914, Archduke Franz Ferdinand, heir to the Austro-Hungarian throne, was driving through the streets of Sarajevo on an official visit. It was on this fateful day that an assassin would shoot and kill the Archduke, setting in motion a series of events which would ultimately lead to the First World War. But what exactly happened that morning – and why do people believe Franz Ferdinand’s car is cursed?

In 1914, the Austro-Hungarian empire was considering a number of changes to the organisation of its territory. Only a few years before, in 1908, it had annexed Bosnia and Herzegovina and heir to the Hapsburg throne, Franz Ferdinand, was supporting an initiative called trialism, which would see the Slavic lands combined into a third part of the monarchy.

This was unacceptable to a number of groups, including the Black Hand, a secret Serbian Nationalist society. In the months leading up to June 1914, the group began to lay the foundations for the assassination of Archduke Franz Ferdinand, working to get hold of weapons and training those who would carry out the plan. A young Bosnian Serb named Danilo Ilić was in charge of the operation, and six men were chosen to carry it out.

Early on June 28, 1914 Franz Ferdinand and his wife Sophie arrived in Sarajevo for a state visit. Traveling in a military capacity meant Sophie, who ordinarily was not allowed to appear in public with the Archduke due to her lack of royal blood, could on this occasion ride next to him in his open top car.

On the morning of their visit to the city security was relatively relaxed for a royal visit, with just 60 local policemen on duty. As planned, Ilić stationed his six men at various points along the Archduke’s route for the day. Armed with guns and bombs, the first two men failed to use their weapons as the motorcade passed by. The third, a Bosnian Serb named Nedeljko Čabrinović, would set in motion the series of events, coincidences and flukes which would combine to create the circumstances in which Franz Ferdinand and Sophie would lose their lives. 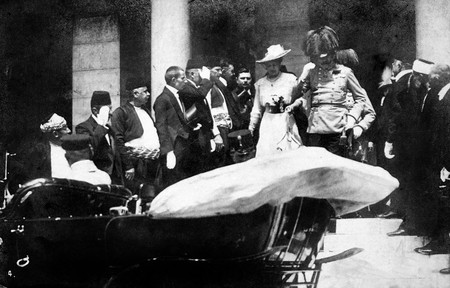 Čabrinović was armed with a bomb and, as the royal car – a convertible Gräf & Stift Double Phaeton – passed by, he threw it. Hitting the folded down roof of the convertible, the bomb exploded under the car behind, missing the Archduke and instead injuring a number of bystanders and members of his group.

Having had a lucky escape, Franz Ferdinand then made a last minute call to change his plans for the day. Rather than continuing with his itinerary, he instead opted to visit the wounded in hospital. However in a deadly lack of communication, his driver wasn’t informed of the change in plans and began to follow the original path – an error which would prove fatal. It was only as the driver began to proceed towards the National Museum, as per the original plans, that instruction was given to turn around and head to the hospital instead. As fate would have it, when the car stopped to change direction one of the six original would be assassins, Gavrilo Princip, was standing just meters away, still armed. It was thanks to this coincidence that he was able to draw his gun and, with incredible proximity to the royal couple, fire the shots which would end their lives. Franz Ferdinand was hit in the neck, Sophie in the stomach: within minutes, both were dead. 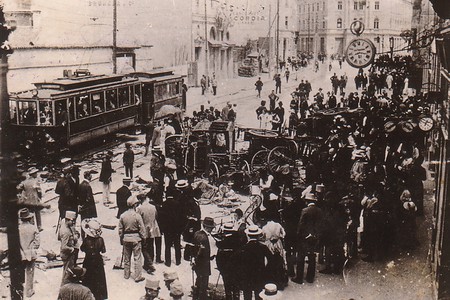 The aim of the assassination was the creation of a Yugoslavia from the South Slav provinces controlled by Austria-Hungary. The results were in fact immediate and far reaching. Due to the event’s location in Sarajevo, Austria-Hungary blamed Serbia for the assassination and issued what is now known as the July Ultimatum: a series of demands it knew Serbia could not accept. This assumption turned out to be correct and after Serbia only partially accepted the terms laid out in the Ultimatum, both sides began to mobilise for war which was officially declared on July 28. So began one of the bloodiest conflicts in modern history, as allies and great powers entered the fray to begin the Great War – or World War 1. 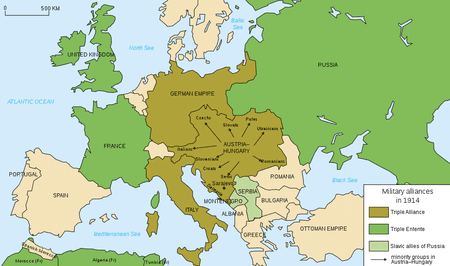 Franz Ferdinand’s death sent shock waves around the world, but if legend is to be believed it may not have come as a total surprise. Around 70 years before, a curse had been put on the Hapsburg family by one Countess Karolyi in revenge for the execution of her son by then Emperor Francis Joseph. During the years which followed, the Hapsburgs were plagued with tragedy: deaths, illness and insanity became commonplace and there are those who say that Franz Ferdinand’s death was the final act of the curse.

Another rumoured curse has to do with the car in which Franz Ferdinand was driving when he was shot. The idea that the Gräf & Stift automobile was cursed gained popularity in the late 1950s, with a number of accounts telling of a gruesome end for all those who drove it. While there is little evidence to back this up, the myth has become commonplace and the car is now a popular exhibit at the Heeresgeschichtliches Museum in Vienna. 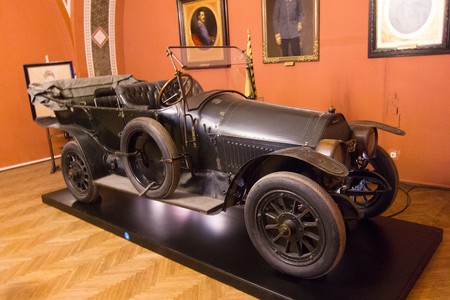 Car in which Grand Duke Ferdinand was assassinated | © Thomas Quine / Flickr cc.
Give us feedback