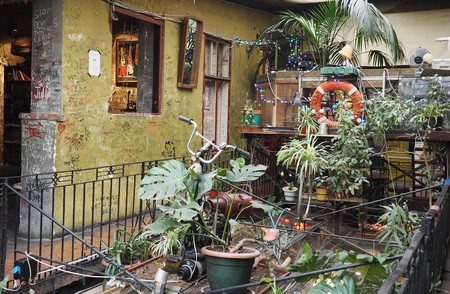 A new concept 20 years but today they’re a cornerstone of Budapest’s nightlife. We take a look at the history of ruin bars, from their origins in the early 2000s to the wide variety of unique spaces open today.

Located in formerly abandoned buildings, primarily in Budapest’s Jewish District, ruin pubs provide unpretentious spaces in which to grab a drink, bite to eat or dance the night away. It’s almost impossible to write the history of Budapest’s ruin pubs without mentioning Szimpla Kert – the original, the pioneer, and where it all began. Back in 2004, a run down building on Kazinczy Street in District VII was saved from demolition by a group of entrepreneurs looking to open up a bar/community space. Rather than redeveloping they chose to work with the building’s ramshackle state, adding quirky furniture and decorations, creating a mix’n’match aesthetic and making use of a space otherwise destined for ruin.

The venture was a success and provided the template for a new generation of bars. The ruin pub was born, with Budapest’s Jewish District district the focal point for this new nightlife trend. Buildings in varying states of decay were rescued and, rather than being totally renovated, ruin bars worked with their natural surroundings to create quirky and unique spaces. Accessories such as bathtubs, giant owls and even cars were added, with each bar creating their own style. 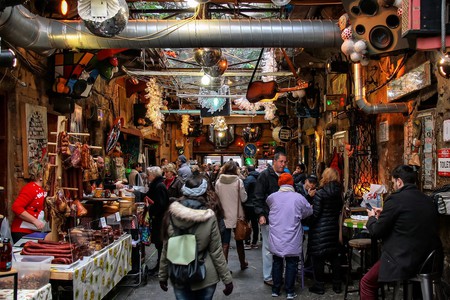 Popular as a night out in Budapest, ruin pubs also offer a range of activities during the day, with many functioning as community spaces and live music venues. Szimpla Kert holds a weekly farmer’s market on Sunday mornings, while Anker’t screens films and holds markets.

As the years have gone on and the concept has developed and evolved, ruin pubs are popping up across the city and are taking on varied styles. Mazel Tov, a recently opened ruin bar and restaurant, provides a slightly more sophisticated space and serves up Middle Eastern cuisine. Nearby, Fogas Haz originally opened in 2009 as a cultural space and today caters to party goers almost every night of the week. 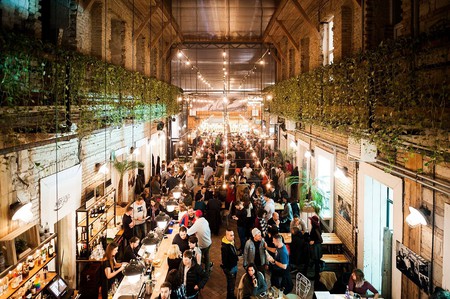 Having become emblematic of Budapest, ruin bars show no signs of diminishing in popularity. Where this trend will go in the coming years remains to be seen.