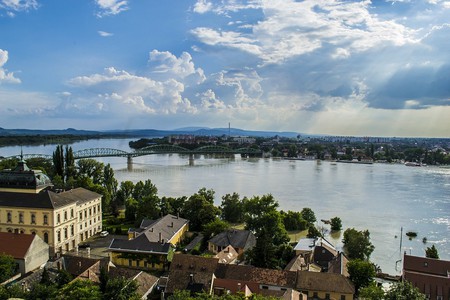 Whether it’s historic landmarks, charming cities or outdoor experiences to remember, Hungary has more than enough to keep even the most seasoned traveller entranced. Discover the best attractions in this Central European country with our guide to Hungary’s top 15 things to see and do.

Often called the Hungarian Sea, Lake Balaton is Central Europe’s largest lake and offers plenty to see and do. Popular as a visitor spot during the summer months, the lake offers water sports alongside charming towns and villages to explore around its border, as well as tastings to enjoy in the Balaton wine region made up of six smaller wine-growing areas.

Close to the city of Szentendre, this open-air museum offers an insight into a traditional way of life. Built in the form of a village, the museum comprises many houses allowing visitors to check out traditional Hungarian architecture from a variety of regions, as well as visiting folk art exhibitions and learning more about interior decoration, farming and more. Villagers wander throughout the buildings, dressed in traditional costume, showcasing crafts such as basket making, while there are plenty of kids’ areas to keep the little ones happy. A full programme of festivals throughout the year can also be enjoyed, covering Easter to the Festival of Goose and New Wine to name a few.

There are great wine-growing regions to be found across Hungary, but Tokaj is one of the country’s best known and offers plenty for wine lovers to enjoy. Home to the famous Tokaji Aszu – a sweet dessert wine – the area is renowned for its white wines and beautiful scenery. 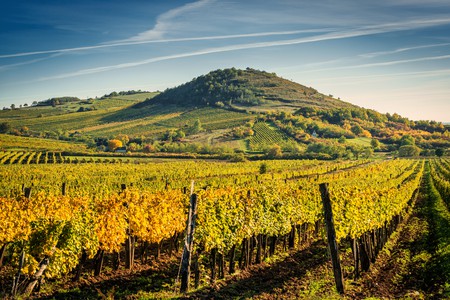 The ancient city of Pécs boasts a mild climate, a buzzing social scene and plenty of things to see and do. The Early Christian Mausoleum, the Pécs Cathedral and the Mosque of Pasha Gazi Kasim – built by the Turks during the Ottoman Empire and now serving as a Catholic church – are just a few of this city’s main attractions.

The Palóc people are an ethnic minority known for their unique, well-preserved traditions. Hollókő, a small village in the north east of Hungary, lies within so-called Palóc country, and is a great place to go to experience the Palóc way of life. A UNESCO World Heritage site, the village has been carefully preserved and offers museums, workshops and traditional buildings to explore.

Located near to the charming city of Eger, this castle has a rich and interesting history. In 1552, an army of between 35,000 and 40,000 Turks attacked the castle, which was being defended by a comparatively tiny 2,100 to 2,300 Hungarian defenders led by Captain István Dobó. The Hungarians were victorious, beating the Turkish army, and the castle went down in history. Today, it’s open to visitors, who can enjoy the view from the castle walls, check out exhibitions about the castle and roam the grounds.

A popular destination in northeastern Hungary, Lillafüred is a spa town known for its natural beauty. Located in the Bükk Mountains, the nearby Lillafüred caves are easily reached on foot and make for a great day of exploring. The István cave is known for its stalactite formations, Anna cave boasts a number of interesting plant fossils and Szeleta cave houses Palaeolithic relics.

Not far from Budapest, the city of Szentendre is known for its art, and a number of galleries and museums can be found here. A popular tourist destination, it’s also home to plenty of cafés, restaurants and bars, as well as colourful houses that line cobblestone streets, adding to the city’s charm. 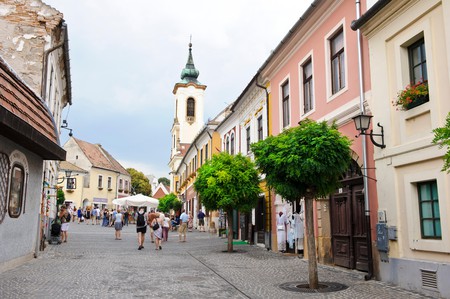 Part of Hungary’s Great Plain, this sizeable national park was Hungary’s first and is a UNESCO World Heritage site. The park is both culturally and naturally significant: as Europe’s largest semi-natural grassland, it’s home to numerous types of flora and fauna, 342 species of birds, and animals such as Hungarian Grey cattle and water buffalo. The Hortobagy Wild Animal Park, Lake Tisza Boardwalk and the Dark Sky Park are just a few of the activities available for visitors to enjoy while learning more about the park’s rich wildlife.

Often called the Hungarian Versailles, thanks to its grand appearance, Esterházy is a vast palace in the town of Fertőd that is built in the Rococo style. Commissioned by Prince Nikolaus Esterházy and constructed throughout the 18th century, the palace and its grounds can be visited with guided tours (English-language tours are available). It also hosts a number of events and festivals throughout the year.

Visegrád was once the royal seat of Hungary during the 14th century, and as a result the town boasted an extensive grand palace. Later, under the rule of King Matthias in the 15th century, the palace grew to comprise 350 rooms and include elements of late Gothic architecture. After being sacked by the Turks, it fell into ruin, and was later excavated during the 20th century. The royal residence has now been reconstructed, and is open to visitors who can discover exhibitions outlining the building’s history.

Standing at 100 metres (328 feet) tall, Esztergom Basilica is Hungary’s tallest building and largest church. It holds a high level of religious significance as the seat of the Catholic Church in Hungary, and was built in the 19th century. Standing atop Esztergom’s Castle Hill, the basilica is known for its classic architectural beauty. The church, including its crypt and treasury, is open to visitors, as is the dome lookout affording stunning views across the Danube. 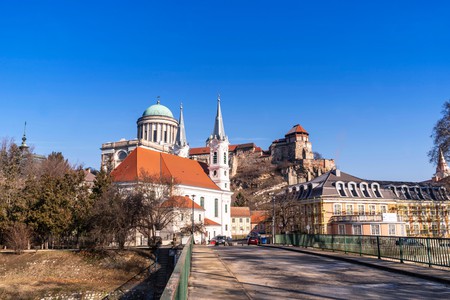 The world’s largest thermal lake, and one of the many thermal baths in Hungary, Lake Héviz boasts indoor and outdoor baths composed of natural thermal waters and featuring a variety of unique flora and fauna. As well as relaxing in the healing waters of the thermal pools, visitors can enjoy a sauna, while massages are also available.

As Hungary’s capital city, Budapest is bursting with things to see and do. From architectural landmarks such as the Chain Bridge, the Hungarian Parliament Building and Fisherman’s Bastion, to great places to eat, drink and shop, Budapest is home to a multitude of fascinating attractions, and no visit to Hungary would be complete without a trip to its capital. 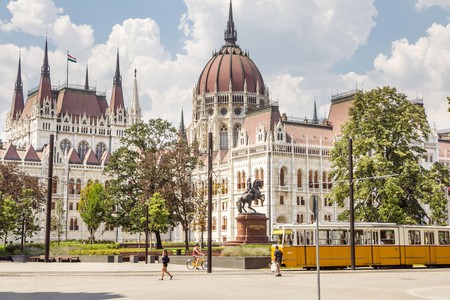 Located in Northern Hungary, this national park is also a UNESCO World Heritage site and is best known for its estimated 300 caves, a number of which can be explored by visitors. The Baradla cave, for example, is Europe’s largest stalactite cave, while there’s also the Imre Vass cave and the stunning Rákóczi cave to explore. They can all be visited with guided tours, which operate on a daily basis.