Essential Hungarian Phrases, According to a Language Expert 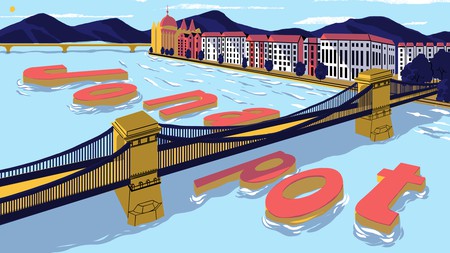 Often described as one of the world’s most difficult languages, Hungarian presents a challenge to visitors hoping to test their linguistic mettle. Get the lowdown on the most important (and occasionally amusing) phrases to learn, from Hungarian teacher Dávid Hollós.

The jury’s out on exactly how difficult Hungarian is to learn, but one thing’s for sure: this rich language is among Europe’s loneliest. With Hungary (mostly) surrounded by Slavic-speaking countries, Hungarian’s closest (but still distant) relative is much further north, in Finland. Both Finnish and Hungarian belong to the Finno-Ugric language family, along with Estonian and a number of languages spoken by smaller communities in northeastern Europe and Siberia. The relative solitude of Magyar (as the language is called in Hungarian) – not to mention its 14 vowel sounds – certainly contributes to the difficulty it presents to speakers of other European languages.

Nonetheless, mastering a few Hungarian phrases will add to any Budapest city break or an adventure discovering the wine regions of Hungary. This brief guide takes in key expressions and popular idioms, both equipping you to conquer the bar or supermarket and offering insight into Hungarian culture as reflected in its language.

Greetings and other useful words and phrases

This is the basic greeting among friends. Use szia when greeting one person and use sziasztok when meeting several people. The phrase can also be used when saying goodbye; this one’s fairly intuitive for English speakers, given the phonetic closeness to the ubiquitous informal goodbye, ‘See ya!’ 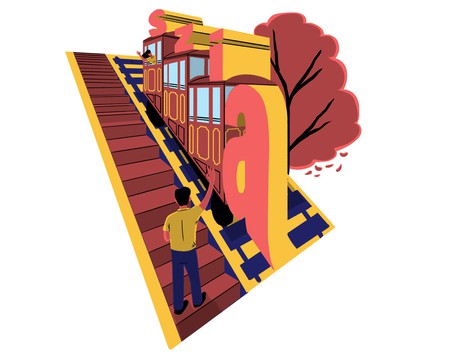 As in many languages, in Hungarian there is a difference between informal and formal address. If you want to be more formal, you can use Jó napot as a general greeting, regardless of the time of day. It’s an incredibly useful catch-all phrase for language learners.

This phrase is rather formal, so you shouldn’t say it to friends when bidding them farewell. Although it looks very long, thankfully the short version is also perfectly acceptable: viszlát (vee-slaht).

The general rule of thumb is that you should say Jó reggelt until around 10am, Jó estét after around 6pm or 7pm and Jó éjszakát when heading to bed, as with ‘Good night’ in English. For everything in between, Jó napot or Szia(sztok) is a safe bet.

Luckily, these basic expressions are pretty simple in Hungarian – don’t be afraid to say igen to new adventures in Hungary!

If you want to ask somebody for something, this is a near foolproof expression with which to begin your request. It will also almost certainly come in handy when fighting to get off the bus – preferably accompanied by an appropriate level of assertiveness.

Meaning: Thank you / Thanks

Never underestimate the power of a kind word – Hungarian hearts can be melted with a vote of thanks in their native tongue. Köszönöm can be used in just about any situation, while köszi is informal and should be avoided when addressing older people.

However confident you might be in your linguistic abilities, there’s always a chance you won’t understand absolutely everything. These phrases might help you out, although there is a good chance that the cause of your confusion will be repeated back to you, just slower and louder.

Hungary is making a name for itself as a prime destination for wine connoisseurs (you might have heard about wine from the Tokaj region, for example), while excellent local beer is available in supermarkets and bars. No visit to Hungary would be complete without trying pálinka – a local fruit brandy, fermented exclusively from fruit without any sugar or alcohol added. It’s no surprise, then, that being able to order at the bar in Hungary is a matter of extreme importance.

Meaning: One beer is not a beer

The perfect phrase to compliment the chef on a delectable plate of traditional chicken paprikash or lecsó vegetable stew.

Egészségedre (literally meaning ‘to your health’) is said when glasses are raised for a toast. Don’t forget to look into each other’s eyes while saying it, otherwise it will bring you seven years of bad luck. This phrase is also said when somebody sneezes.

When you are at a restaurant, this is the easiest way to express your desire to hand over your money in exchange for all the delicious dishes you’ve just enjoyed.

This slightly more complex phrase is most likely accompanied with the internationally known gesture of writing a phantom signature in the air.

Many market stalls (and some smaller shops) only accept cash, so these two expressions might come in especially handy when trying to buy some traditional paprika or a bottle of Tokaj wine.

Conversation and other hobbies

A common conversation starter, but people offering a friendly Hogy vagy? rarely expect to hear a monologue about your problems – it’s better to give a short answer, then ask the same question and hope your interlocutor returns the favour.

Meaning: Kiss on the cheek

It’s not what you think! Puszi is a very common phrase used when finishing a phone call or when friends (usually girls) say goodbye after hanging out together. To add to the cuteness (or hilarity) of this phrase, it’s often said twice.

Meaning: I love you

Planning on falling in love on your trip to Hungary? This is a simple but effective way to express your affection. A word of advice, though: with every beautiful Hungarian admirer comes a dad with homemade pálinka that you will likely be required to consume to excess. The reward is great: if you survive, you will instantly become a family member.

Meaning: ‘The rain is being torn apart’ – said when observing heavy rain; along the lines of ‘It’s raining cats and dogs’

Heavy storms and rain are commonplace in Hungary, particularly after hot summer days. When Hungarian speakers look out of the window and see a downpour, they might disappointedly say ‘Már megint szakad az eső…’ (‘Oh no, the rain is being torn apart again…’). At least there are no falling household pets, right?

Don’t be alarmed by the near-constant discussion of kings and fat animals in Hungary – this is a good thing. Roughly equivalent to the English exclamation ‘Cool!’, when something is really good you may well hear Hungarians say ‘Ez király! Ez nagyon zsír!’ (‘This is king! This is very fat!’) or ‘Ez nagyon állat!’ (‘This is very animal!’). 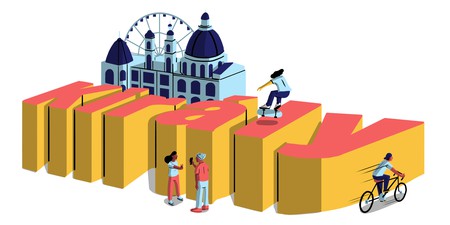 In addition to the wide variety of pumpkins grown on Hungarian soil, the local language is also flush with the tasty squash. Often used to mean ‘very’, the phrase is an endearing intensifier to add emphasis to your sentences. You can be tök boldog (‘pumpkin happy’), tök szomorú (‘pumpkin sad’) or things can be tök jó / rossz (‘pumpkin good / bad’). After all, why limit pumpkins to your dinner plate?

These are just a few of the phrases that might come in handy when visiting Hungary. One question still remains: isn’t Hungarian tök király?