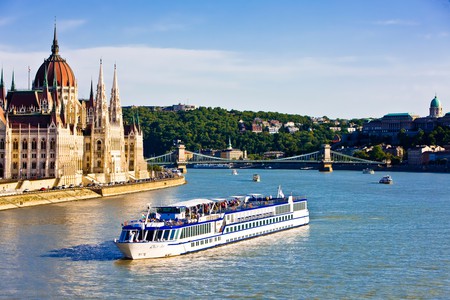 While Budapest is known for its stunning Baroque-style architecture, ruin bars and healing thermal waters, few realise the wealth it has to offer those in search of outdoor activities. For those seeking to engage actively with the city, the best outdoor adventures include caving, cycling and an archaeological walk through Roman ruins.

Hike in the Buda Hills and beyond

As Laszlo from Trails of Budapest wrote on his website: “As a passionate hiker, I believe that hiking is one of the best outdoor activities in Hungary.” He leads daily hiking tours, inviting visitors to escape the busy city in favour of off-the-beaten-path trails and secret green spots. Hiking to the highest point in Budapest – Normafa – or venturing out to the Danube Bend where the panoramas are breathtaking are recommended. Seemingly light years away from the crowds at Budapest’s most popular attractions, the countryside has dozens of hiking experiences to offer – expect 100-year-old beech trees, volcanic rock formations and undisturbed nature. 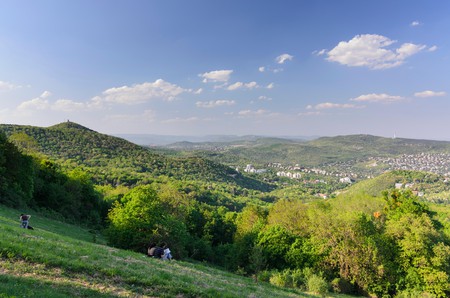 Time travel in a Trabant

For anyone wanting to travel back in time to the 1970s and ’80s to get a taste of Goulash Communism, taking a peek behind the Iron Curtain is still very much a possibility in present-day Budapest. Driving an original Trabant, a relic of the time powered with a two-stroke engine, is an experience in itself, but doing so through a landscape of retro communist urban architecture is surely a plus. For the ultimate outdoor adventure into the communist era, take a drive to Memento Park, the resting place of monumental sculptures of Lenin, Marx and Stalin that were pulled down after the fall of the communist regime in Hungary in 1989.

The thermal springs that supply the famous spas of Budapest are also responsible for the city’s huge cave system: a labyrinthine complex thought to be more than 100 kilometres (62 miles) long, with more than 200 caves on the Buda side alone. In addition to stalactites and stalagmites, Hungarian cave highlights include cave corals, calcite plates and gypsum crystals. The longest cave in Hungary, the Pálvölgyi cave system, is a multi-level labyrinth with most of its chambers set under the residential districts of Budapest. Here, Caving Under Budapest offers a variety of caving adventure options to suit all levels, from first-timers to seasoned underground explorers. 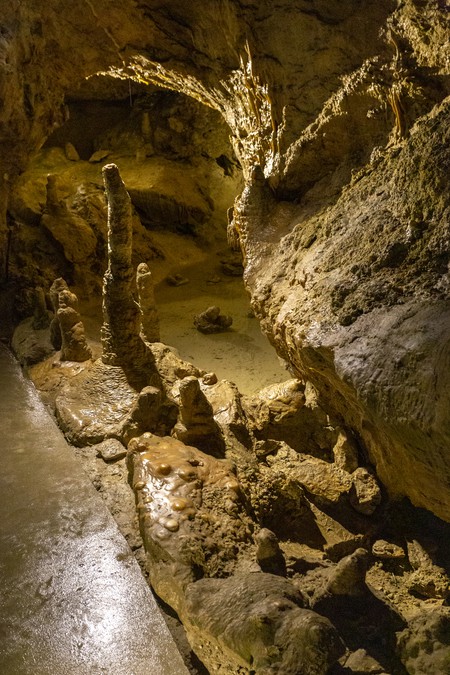 Step back in time at the Aquincum Museum and Archaeological Park

Dubbed the Hungarian Pompeii, the Roman city of Aquincum today forms part of Budapest’s District III. While the Aquincum Museum houses an extensive collection of ancient artefacts, its adjacent archaeological park – one of the largest Roman archaeological sites in Hungary – offers visitors the chance to experience history by walking through it. The sprawling park showcases the remains of several buildings, reflecting the town’s layout during the second and third centuries. One of the highlights here, according to curators Dr Anita Kirchhof and Nikoletta Varga, is the colourful mosaic depicting Hercules and Deianira – a mythological scene comprising approximately 60,000 tiny mosaic tiles.

For those who crave fresh air but prefer to keep their outdoor adventures low-key, visiting Margaret Island is the perfect option. Situated at the centre of the Danube between the Buda and Pest sides of the city, the island offers a tranquil oasis away from urban traffic and crowds. Very little of the island is built up, making it a popular leafy spot for picnics, leisurely walks or sunbathing. Beyond its ample green spaces, Margaret Island has a host of sights to explore, including the ruins of a 13th-century convent, a Japanese garden, a small zoo and a musical fountain. 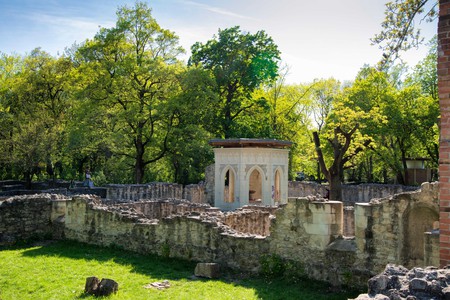 Make a splash at the Palatinus Strand Baths

Also located o­n Margaret Island, the open-air Palatinus Strand Baths opened as a beach o­n the banks of the Danube in 1919. The complex has undergone several expansions and renovations since, with the addition of a five-lane waterslide being the most notable. In summer, visitors can enjoy adrenaline-filled fun on the slide between splashing in the spiral or wave pools. Although the Palatinus beach area is closed for the winter months, starting from September, both an outdoor thermal pool and a 26C (79F) outdoor swimming pool are still open to visitors who wish to enjoy a soothing outdoor dip.

Cycle through the city like a Bike Maffia boss

Experiencing Budapest by bike is both convenient and enjoyable. With over 200 kilometres (124 miles) of cycling paths traversing the Hungarian capital, there’s a sightseeing route for every kind of cyclist. Whether it’s Route 6 of the EuroVelo international cycling route along the banks of the Danube, the flat streets of Pest or the challenging scenic hills of Buda, options for discovering Budapest by bike are plentiful. Ildi Tóth of the Budapest Bike Maffia stresses that not having your own bicycle is most definitely not an excuse for not exploring Budapest on two wheels and recommends the MOL Bubi bike rental scheme to take on her curated cycling itinerary.

Spread across 4.5 hectares (11 acres), the Budapest Zoo and Botanical Garden is one of the oldest zoos in the world. Traces of the park’s over 150-year history can be found in its historic architecture, statues and even long-standing animal and plant residents, evoking the atmosphere of the first decades of the 20th century. A relaxed stroll anywhere in the garden allows visitors to have up-close experiences with countless species of flora and fauna from across the globe. It is worth noting that the Budapest Zoo and Botanical Garden operates as a conservation project for the rescue and protection of endangered specimens and habitats. 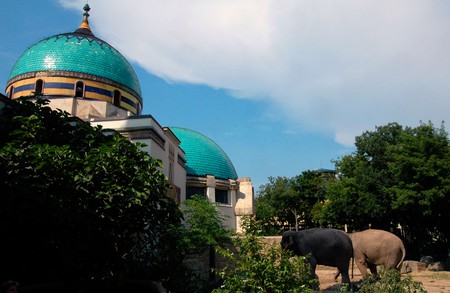 Options for cruising the Danube are varied and abundant. While some visitors might prefer a leisurely experience aboard an elegant mahogany boat, such as those offered by Dunarama, more adventurous alternatives are also available. For thrill-seeking adrenaline junkies with a need for speed, the 440-horsepower REDJET provides a faster, more extreme cruise. Regardless of the choice of ride, getting a closer look at the famous bridges of Budapest and enjoying a fresh perspective of the city’s riverside historical architecture is a must.

Unlock the stories of a thousand statues

“You’ll probably notice that this is a city that likes a statue or two,” says English blogger Daniel Cochran, who for years has taken on the task of finding the story behind every sculpture in Budapest. “There are tens of thousands, so I’m not going to be finished any time soon,” he jokes. Cochran is the man behind Statues of Budapest, where he and like-minded individuals share and discuss sculptural discoveries made in the Hungarian capital. For those looking to play detective while exploring the city, Cochran offers his own adventure game that encourages the exploration of landmarks, viewpoints and unusual statues while unlocking stories of revolution and rock ’n’ roll.