In spite of his acclaimed role in Groundhog Day, Bill Murray is no stranger to variety. The star has played a whole host of iconic roles in contemporary cinema, as well as offering regular maverick performances in random places across the world. Whether he’s singing karaoke with St Andrews students in Fife, spinning Hadley Freeman around at parties in LA or winning the hearts and minds of pretty much everybody in The Life Aquatic with Steve Zissou, Murray is a natural entertainer.

Yet his latest venture has a more serious edge. This June, Bill Murray has teamed up with renowned German cellist Jan Vogler and friends to perform Murray’s debut musical album New Worlds. And it’s nothing like A Very Murray Christmas.

The performance will see Murray perform work by great American writers such as Walt Whitman and Mark Twain, as well as pieces by Gershwin and Bernstein. The idea behind the project was to celebrate the relationship and synergy between European and American culture.

It works. Reviews so far for Murray and Vogler’s performances have been exceptional. A performance situated within the historic surroundings of one of the city’s oldest venues means you can also expect this Athens concert to be an evening to remember. 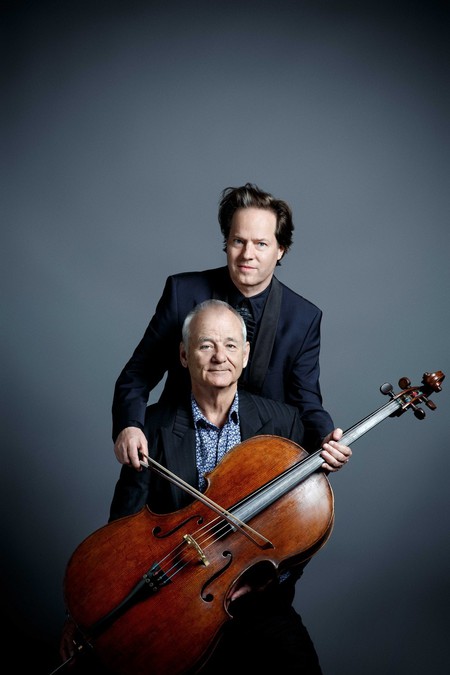 Indeed, there’s no venue better suited to welcoming Murray and company than the Odeon of Herodes Atticus by the Acropolis.

Built in 161 AD by the affluent Athenian Herodes Atticus in tribute to his wife, the steep-sloping marble theatre has always been a space for dynamic performances. Since its restoration in the 1950s, the stage has welcomed international stars including opera star Maria Callas, Frank Sinatra, Diana Ross and Andrea Bocelli. Not only will Murray be stepping into a historic Athenian legacy but a musical one too.

Bill Murray’s performance is part of the wider Athens and Epidaurus Festival, which is one of the oldest cultural festivals in Europe. Now in its 63rd year, the event showcases the best of Greek and international performing arts throughout the summer months. The Odeon of Herodes Atticus is not the only historical venue on offer; there’s also the Ancient Theatre of Epidaurus and the Little Theatre of Ancient Epidaurus –from which the festival takes its name. Performances also take place at Peiraios 260 in a former Tsaousoglou factory, and there are also site-specific performances around the city.

At a time when Greece is experiencing an economic crisis, this continued commitment to the arts on such a major level is crucial. As the organisers of the festival explain on their website: “In these times of social and cultural crisis, it is imperative that the Athens & Epidaurus Festival contributes to social cultivation, encouraging love for high art.”

If you want to catch Bill Murray in his most unexpected role yet, you can see him playing on June 19, 2018. And for the full Athens and Epidaurus Festival programme, click here.