Why Athens Is an Underrated Destination for Bauhaus Lovers 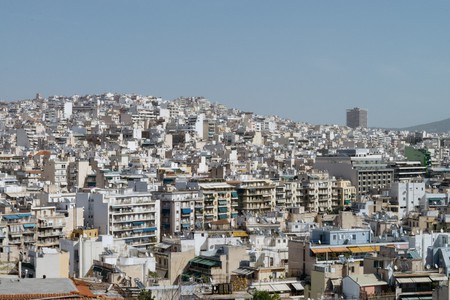 Culture Trip explores why architecture lovers in Athens should look beyond the obvious, and appreciate the modern design on offer in the city.

Athens is mainly associated with its ancient architecture. Given that the Acropolis looms large over the city, it is easy to see why. However, the antiquated design of Athens is to ignore its exciting modern structures on display.

Throughout Athens, it’s easy to find examples of Bauhaus, or even Bauhaus-inspired, architecture. The contrast between ancient buildings and these more functional, geometric offerings is striking.

The Bauhaus movement, founded by Walter Gropius, originated in Germany between 1913 and the mid-1930s. At the heart of Bauhaus was a harmony between the purpose of the design and the design itself. Throughout Athens, you’ll find examples of domestic buildings which reflect this. 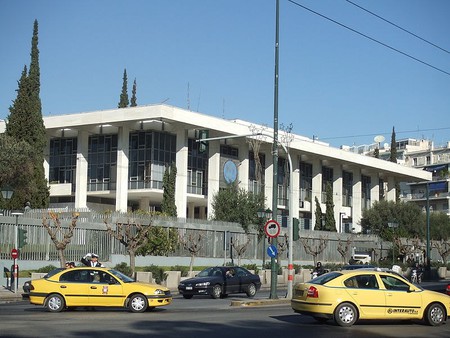 Most notable, however, is the American Embassy in Athens, a structure designed by the movement’s founding father. The iconic building was erected between 1959 and 1961. The design was created to reflect the architecture of the Parthenon, bringing the history of Athens into a new perspective.

Stone pillars surround the building, which is otherwise made of glass. Today, the structure is more protected than how it was originally imagined. However, it remains an iconic landmark in the city and worth venturing to. Close by is the Athens Conservatoire, another example of public Bauhaus-influenced architecture. A little farther outside of the centre, there is also the Sotiria Hospital, designed by architect Ioannis Despotopoulos in 1931; its curved design offers another Bauhaus landmark in Athens.

In the early 1960s, Athens experienced a period of seismic architectural change. New apartment blocks were built up fast, and by the 1970s, the city’s landscape was wildly different from what it had been before. Many of the original 1930s Bauhaus buildings were torn down to make room for more modern blocks. However, some remain. They surprise you on street corners, where huge curved balconies will jut out from a block of uniformly designed apartment blocks.

The modern design of the 1970s buildings also has roots in the Bauhaus ideology. The evolution of the landscape prioritised functionality over beauty. The structures are geometric and repetitive, often painted in burnt terracottas and shades of white. Areas such as Kolonaki and Neapoli offer an abundance of Bauhaus and Bauhaus-inspired domestic buildings.

To look across Athens now is to appreciate the nuanced layers of history that pervade the city. Next time you’re walking around the city, make sure to spend time investigating the modernity of the landscape as well as Athens’ rich architectural past. The impact of the Bauhaus marks a crucial turning point in the aesthetic of the city, with a lasting design legacy that is still felt today.