What You Need to Know About the Athens Garbage Pile-Up 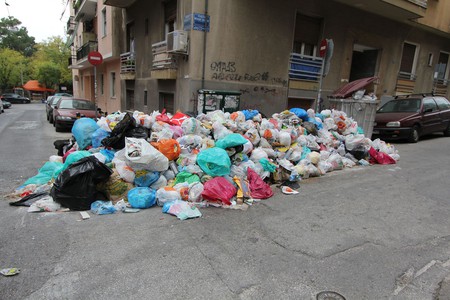 If you have been reading the news or happened to be in Athens at the end of June 2017, you must have seen the disturbing images of garbage piling up on the streets of the capital and across the country. An unpleasant sight to behold, the accumulation of waste is the result of a strike, which was put on pause last Friday due to a heat wave that hit the country over the weekend. But why did the garbage collectors decide to go on strike?

Garbage in various forms is piling up on the streets of many cities and villages, including the capital, which is now entering the peak of tourist season. While citizens had first welcomed the strikers with sympathetic nods, as they too are facing the same work hardship under the economic crisis, it quickly turned into disapproval.

On June 22, 2017, responding to the call of the municipal employees’ union POE-OTA to support the garbage collectors, about 5,000 people took to the streets and held a demonstration in the centre of Athens. Why? Well, it is simple. In May 2017, more than 10,000 workers, half of them in the cleaning department, suddenly learned through a court decision that their work contract of eight months, exceptionally renewed at the end of 2016 for one year, did not conform to a 2011 regulation introduced by the Troika, which pushed for the privatization of several public service functions. Consequently, not only would the workers automatically find themselves unemployed, but they would also have to return the salaries that they received.

The workers’ response was immediate – resisting by way of a strike. However, their efforts were undermined. One of the solutions proposed by the government was not to claim the paid wages and to create renewable two-month contracts. Not satisfied, the union declined and demanded to continue the strike, to the detriment of the citizens who are forced to witness the piling up of garbage in the streets. 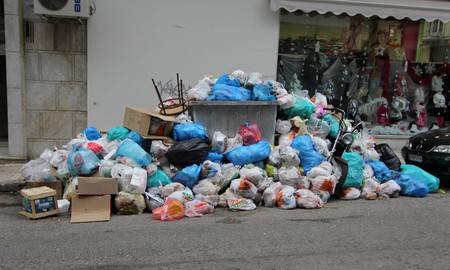 This nationwide plight is particularly unbearable in the capital, as masses of tourists land in Athens for the tourist season. Athens’ mayor, Giorgos Kaminis, is worried, of course, but he doesn’t blame the garbage collectors. He is primarily concerned with the government, as one out of 10 people on the cleaning staff in Athens is on a short-term contract.

After 11 days on strike, the union put a halt to it on Friday, June 30, 2017, right before a heat wave hit the capital, as Greek Prime Minister Alexis Tsipras promised the temporary extension of their contracts pending the launch of a competition that would hire workers on a permanent basis. He also made a guarantee that previous experience would be valued as part of the hiring process. Hopefully, this will put an end to these recurring strikes that have emerged with the onset of the economic crisis.