Void: The New Mecca of Alternative Photography in Athens 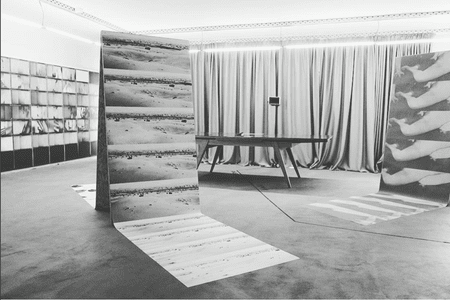 Open since 2016, Void is a photography and alternative photography gallery that lives in downtown Athens, near Syntagma. The brainchild of photographers Myrto Steirou, Sylvia Sahini and the Brazilian João Linneu, Void came into the world with a bold move: by publishing the influential French photographer Antoine d’Agata’s Cidade de Pedra. Here is the story of this innovative space in the heart of the Greek capital.

With its mission to engage in a series of projects around photography and other visual arts, Void is a unique space focusing on alternative publishing, photography and workshops. The space hosts exhibitions for emerging talents and help photographers in publishing their photo books, bringing the field of photography into the public eye through workshops and seminars.

It all started with Myrto and Sylvia, two classmates at Focus School of Photography based in Athens. A year later, Myrto met João in Paris during a photography seminar where the duo produced a fanzine. They all shared the same opinion, namely that photography was expensive and restricted to a few laymen outside the photographic world. And when the opportunity presented itself in the form an empty space with a lot of potential, Linneu, who worked as an art director in Brazil, Sahini, a photographer in the tourist industry and Steirou, who had just graduated from a Political Science Masters in London, grabbed it. With lots of ideas, they started Void and decided to kickoff the venture with the production of 9 zines for 9 Greek photographers, including Ania Vouloudi, Apostolos Zerdevas, Lili Zoumbouli, Akis Kokkinos and Maria Masouridou. The space also held an exhibition by photographer Athanasios Gatos, as well as several discussions, including one with Phases magazine, but the biggest project was undeniably the publishing of Antoine D’Agata’s book, Cidade de Pedra, who had previously collaborated with Linneu when he was in Brazil. The book was presented at Paris Photo, one of the world’s most prestigious photographic events, which was a fantastic experience for the emerging trio, who came strong with knowledge and practice.

Void also hosts so-called Blitzkrieg exhibitions, which they describe as short-term, low-cost exhibitions that will not be announced long in advance. Not because they do not take their work seriously but rather because far from wanting to compete with other galleries, Void founders want to showcase photographic works in an alternative manner, beyond the traditional patterns. When emerging photographers launch their career, they often have to invest a lot, which more often than not prevents many from actually doing so. Through the Blitzkrieg exhibitions, Void covers the majority of costs (even if not a single photo is sold) allowing the photographer to get viewed by a wider audience beyond the usual photography aficionados.

The idea of self-publishing in the digital age may be indeed strange, but the team maintains that they believe in the material aspect of photography, where they see photos as objects – whether printed in a photo or a book. As such, the team often organizes workshops on how to create your own zine, as well as many other seminars such as the Image & Sounds Workshop, which involves a final performance by 12 photographers and sound artists at the French institute on Sina street in June. If you are into photography, you should definitely check Void out.