Transport in Athens: How To Get Around the Greek Capital 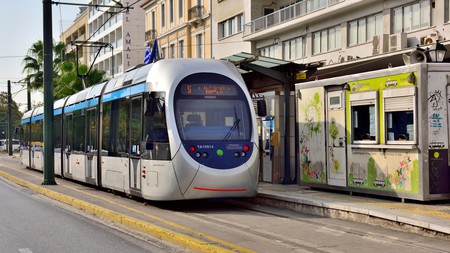 Exploring Athens on public transport is one of the most budget-friendly ways to see the Greek capital, all while keeping your carbon footprint in check.

While the phrase “It’s all Greek to me” does sometimes ring true, due to misunderstandings arising from language barriers and occasionally inadequate signage, using public transport in Athens doesn’t have to be a trial.

Once you’ve walked around the centre of Athens, the Greek capital has a fairly extensive network of metro lines, trams and buses, in addition to bike-sharing and e-scooter options, to help you explore further afield. While cars still remain the most popular form of transport, the economic crisis has seen many Athenians seek out more cost-effective transport solutions; in turn, the last few years have seen public transport improve across the city.

Buy an ATH.ENA Card or Ticket from any metro station, and you’ll be able to move easily around the entire public transport system (with the exception of the Suburban Railway), including the metro, buses, trolleys and tramlines. The ticket prices start at €1.40 (£1.20), per 90-minute ride, with reductions available for students and seniors. Other options include a daily ticket (€4.50/£3.80), a five-day ticket (at €9/£7.65) and a three-day ticket for all means of transport, plus one ride to and from the airport (€22/£19). 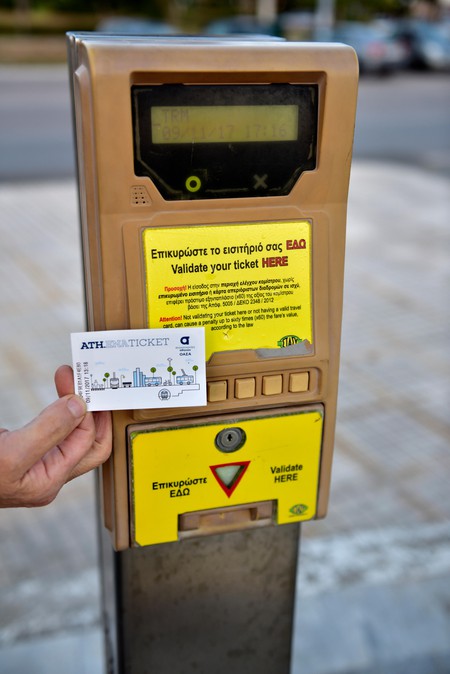 The most reliable means of transport in Athens is undoubtedly the metro. The city’s metro system includes three lines, with Line 1 dating back to 1869, making the Athens metro one of the oldest in the world. The system’s three lines cover many key sights, including the Acropolis and its eponymous museum.

The trains operate roughly until midnight Sunday to Thursday. On Fridays and Saturdays, the service lasts a bit longer – about 1am for Line 1, and 2am for Lines 2 and 3. Keep in mind that the trains passing through the city centre are especially crowded during peak times (8-10am, 2-4pm and 5.30-7.30pm). Line 3 is the one to use when travelling to and from the airport; a one-way ticket costs €10/£8.50 (€5/£4.25 reduced), and the return ticket costs €18/£15.35). There is also a Suburban Railway service, where different fares apply, that will get you to the much greener suburbs, such as Kifissia and Maroussi, as well as the airport. 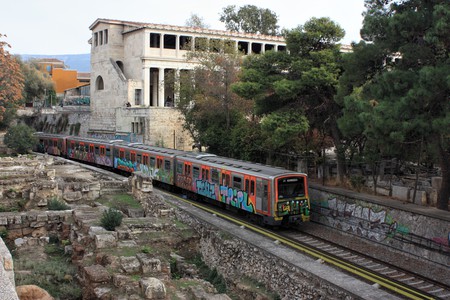 The Athens Metro is made up of three lines, with some routes passing directly beside ancient ruins | © Matthias Scholz / Alamy Stock Photo

As for the areas not yet serviced by a metro line, buses are the next best thing. You may find a map of the bus route at several bus stops (sometimes only in Greek), but that’s not always the case. So make sure you plan your journey beforehand by checking the available routes online, through the official OASA website. If you’re on your way, the moovit app might be able to help, next to the standard Google Maps service and the OASA Telematics app that lets you know when the next bus is due. Keep in mind, though, that Google is not always accurate, while the OASA app can experience glitches – still, the latter is the most reliable of the three. Some bus stops are also equipped with a digital board showing you the bus’s expected time of arrival. 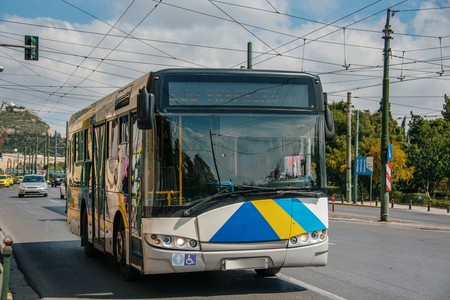 In the absence of a metro station, the city bus network is the next port of call for transport in Athens | © MarioGuti / Getty Images

With the exception of night buses 500 and 790 and the 24-hour 040, as well as the buses that serve the airport, the rest operate between early in the morning (around 5 or 6am) until midnight. The airport buses are X93, X95, X96 and X97. The ATH.ENA ticket prices mentioned above apply to all but the airport buses, where a one-way ticket will instead cost you €6/£5.10 (and €3/£2.55 reduced). Hop-on, hop-off buses are also available for sightseeing, while there is a separate, free-of-charge shuttle bus from Syntagma Square for those visiting the impressive Stavros Niarchos Foundation Cultural Centre.

Trolleys (operating on electricity from overhead wires) are also common around town. Trolley 11, covering the areas around Pagrati and Patissia, operates only at night.

The tram system’s three lines connect the city centre to the southern, seaside areas, making it convenient to enjoy a seaside cup of coffee on the Athenian Riviera or head to the beach for a swim during the summer. While it is spacious and has a quaint quality to it – its original version first appearing in Athens in 1882 – it is certainly slower than the other means of public transport and can get really crowded in the summer months. 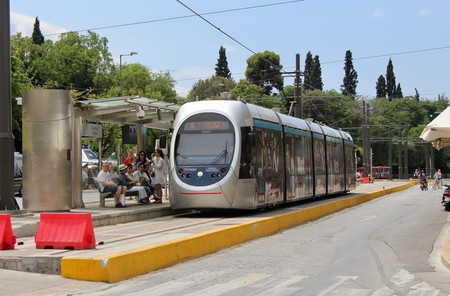 Yellow taxis are practically everywhere, with many of them parked outside metro stations, especially the more central ones, like Syntagma Square. The minimum taxi fare is as low as €3.50 (£3); in general, taxi rides won’t be extortionate unless you cover a long distance or call a taxi from the airport. Most taxis accept only cash, but you can ask if they have a POS machine before entering. A great alternative is BEAT, an app that functions like Uber, allowing you to order and pre-pay for a taxi online. It employs the normal taxi vehicles, though, and operates just like a normal taxi, so don’t expect to find much cheaper fares. 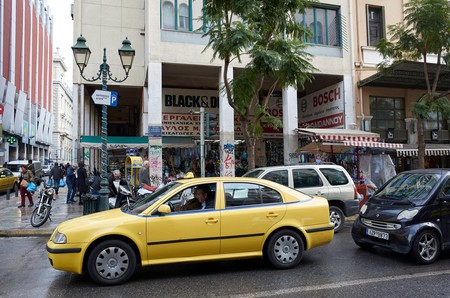 Athens is not yet the most bike-friendly city, but some efforts are being made to make cycling a more attractive option. The existing bike lanes only cover small parts of the city, so you will usually spot cyclists alongside cars on the main part of the road. In certain areas like Maroussi, Nea Smyrni, Moschato and Kerameikos, bike sharing is available through Cyclopolis or EasyBike for a fee. You may pick up a bike from one of the many stations and return it to another. 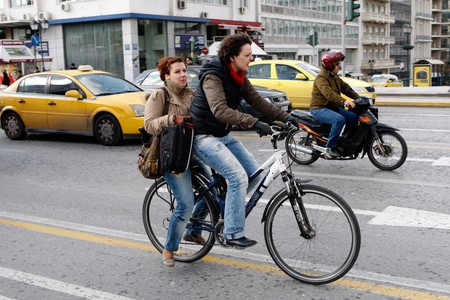 Cycling in Athens is not for the faint of heart, but the city is slowly becoming more bike-friendly | © ARISTIDIS VAFEIADAKIS / Alamy Stock Photo

Last but not least, Lime e-scooters can be found throughout the city. Since making their debut in January 2019, they’ve proven to be quite a hit. Use the Lime app to unlock one for €1 (£0.85), and drive them around town for €0.15 (£0.13) per minute. The scooter’s maximum speed is 20kmh (12mph) so don’t expect to go huge distances quickly, but they nonetheless present an interesting, relatively eco-friendly option to consider.