This Fast Fashion Store Offers a Look into Athens' Past 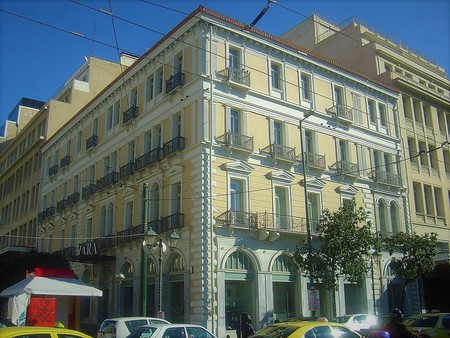 With a rich heritage and history, Greece is home to a plethora of ancient sites and archaeological finds. Every now and then, these vestiges of its ancient past collide with modern life. One of the latest examples is located inside the stunning neoclassical building housing a Zara store in downtown Athens.

Hidden in the basement of the Spanish fast fashion leader, at the junction of Stadiou and Korai Streets, some ancient ruins are on display on the lower floor, next to the children’s apparel. The ruins are thought to be tombs dating from the Roman era. They’re a fascinating reminder that the ancient city hasn’t really disappeared.

The building itself has lived many lives. It is thought to have been built between 1840 and 1890. It was apparently the first residence of Ioannis Hadjikyriakos (1818-1896), founder of one of the oldest charity institutions in Greece, the Hatzikyriako Foundation for Children’s Protection. When he died, he mentioned in his will that the property should be used as a hotel. In 1890, the building was known as the Hôtel d’Egypte, a second-class tourist establishment. It was later renamed Hôtel d’Athènes, and appeared in several tourist guides. At the time, the restaurant was quite popular among locals and visitors. 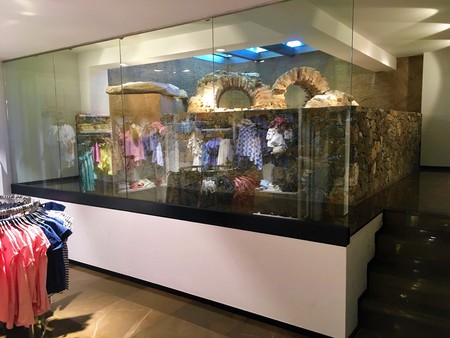 During World War II, the building was occupied by the army until 1944. Afterwards, it housed shops and offices, until it became vacant. In recent years, the building has undergone extensive renovation work. Now, this historic landmark is home to one of the many Zara stores in the Greek capital.

The Roman tombs were probably discovered during the construction of the metro line, as Panepistimio station is nearby. As with many buildings around the city, the present and the past have been allowed to cohabit in this building.

This is not the only unusual place in Athens to get a glimpse of the city’s past. Several metro stations–including Syntagma, Acropolis and Panepistimio–display artefacts found during the construction of the metro. 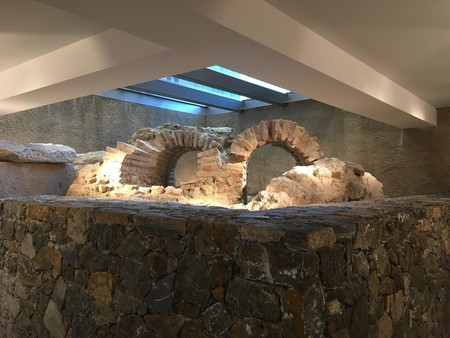