These Greek Donut Balls Are Why You Should Visit Athens

Adepts of the low-carb diet, look away. Everyone else, gaze upon one of Greece’s most delicious treats, loukoumades. These little donut holes are packed with sweet goodness that would make any health guru faint. Here is an introduction to loukoumades, and the modernized lukumades, which you should try on your next visit to Athens.

Loukoumades are a dessert of mixed origin, found in Greece, Turkey, Persia, and Egypt. In Greece, they are considered the oldest recorded dessert and can be traced back to the first Olympic Games of 776 B.C., where deep-fried dough balls covered in honey were served to the winners as “honey tokens.” 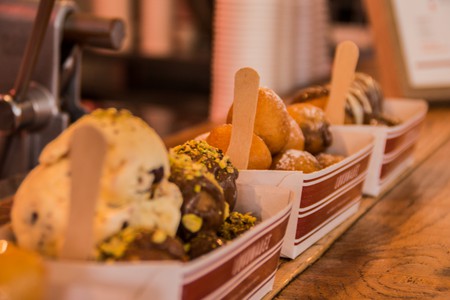 Served warm, loukoumades are traditionally drizzled with honey, cinnamon, and sometimes sesame or walnuts. Shops that serve loukoumades exclusively can be found virtually anywhere in Greece, but a choice place to try them is LUKUMADES.

Located in the busy square of Plateia Agias Eirinis – filled to the brim with cafés, bars, and small food joints – LUKUMADES, which opened in 2013, is a favorite for a quick sweet break while shopping downtown. 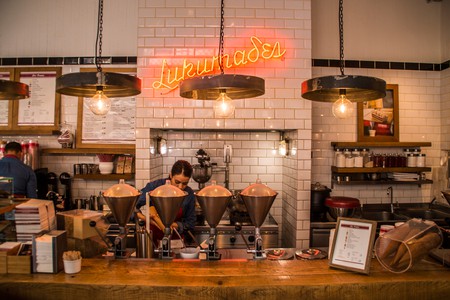 LUKUMADES uses traditional techniques – a secret flour mixture base prepared fresh daily, made to order on a gas burner – but reinvents the age-old Greek dessert through modern twists. These lukumades, as they’re called, can be made with unique fillings, such as chocolate praline, or even banana cream, and topped with honey, white or milk chocolate, agave syrup – even Oreo cookie powder. But purists can always opt for the traditional version topped with a delicious honey syrup.

True for most places in Athens, LUKUMADES is open late and is the ideal spot for a coffee and sweet break. 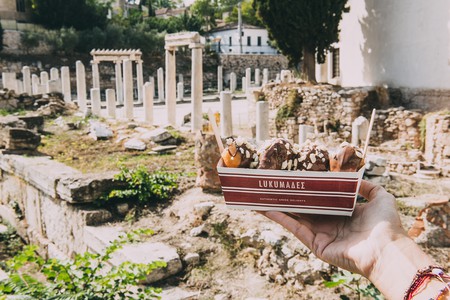 Courtesy of Lukumades
Give us feedback