The Top 7 Things To Do and See in Akropolis and Thissio, Athens

The wider area of Thissio and the Acropolis is one of the most historic areas in the world. Wandering around the birthplace of Europe and the Western civilization, staring at the Parthenon, Propylaea, the ancient agora and so much more is a unique cultural experience that everyone should have, at least once in a lifetime. 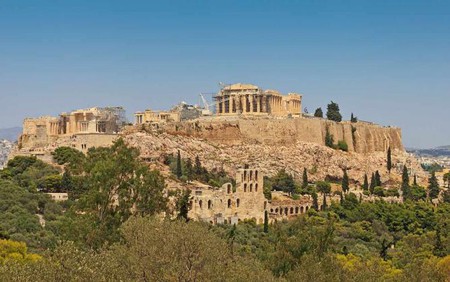 The Acropolis of Athens | © A.Savin/WikiCommons

The New Acropolis Museum is definitely the most popular Greek museum and one of the most important museums in the whole world. The museum has been open to the public since 2009 and constitutes the strongest Greek argument for the return of the Elgin Marbles. It focuses on the findings from the archaeological site of the Acropolis of Athens and hosts about 4.000 objects that have been found on the holy rock of the Acropolis and the wider area, which date back to various historic periods, from the Mycenaean to the Roman and the Byzantine period. A must-visit museum that will bring you in touch with magnificent reflections of the ancient democratic republic of Athens and the roots of the western civilization.

The Parthenon was established in 438 B.C. as the most significant statue of the Athenian Republic in order to honor the goddess Athena, the patron of the city of Athens. It was the result of a collaboration between the important architects Ictinus and Kallicrates and was the symbol of the Athenian hegemony during the 5th century B.C. However, it is obvious that the political, the economic and religious background of this statue seems inferior to its artistic uniqueness and the feelings it awakens in its visitors. 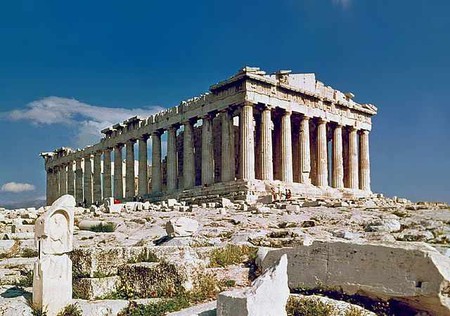 The Erechtheion is one of the most famous statues of the Acropolis of Athens and is considered as a synonym of the Caryatides, six female figures that take the place of columns in the framework of a unique architectural concept. According to Greek mythology, the area of the Erechtheion is the most sacred area on the hill of the Acropolis, as the site of the contest between the gods Athena and Poseidon (about who would name the city). As a result, the eastern part of the Erechtheion is dedicated to Athena, while the western part is dedicated to Poseidon. 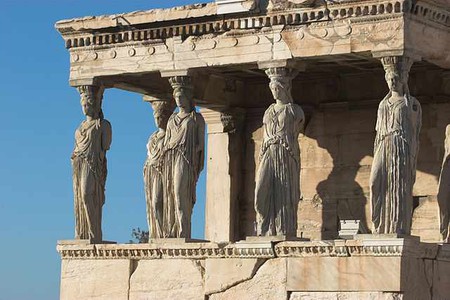 The Caryatid Porch of the Erechtheion | © Thermos/WikiCommons

Τhe temple of god Hephaestus, known as Hephaesteion or Thissio, is located in the area of Thissio and is one of the best maintained ancient Greek temples. The temple was constructed with marble during the second half of the 5th century B.C. according to the plans of the famous ancient Greek architect Ictinus; its architectural order is Doric. 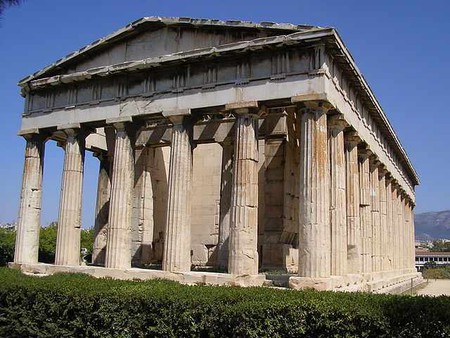 Propylaea, the dominant entrance of the Acropolis, was constructed from 437 until 432 b.C. according to the plans of the famous Athenian architect Mnesicles. Τhis building was constructed with marble and is divided into three parts, with the combination of the Ionian and the Doric architectural order. This statue has undergone various alterations during consecutive historic periods, from the old Christian period (when it was turned into a church) until the Turkish occupation (when Propylaea became the residency of the Turkish commander). 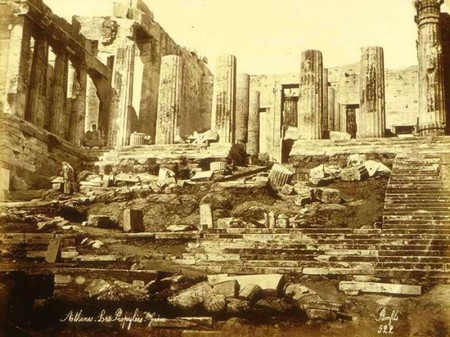 Museum of the Ancient Agora

The Museum of the Ancient Agora, established in 1957, hosts findings related to many aspects of the Athenian Republic that date back to the Classical and the post-Classical period. The exhibition includes various objects (from official clay measures, bronze official weights and identification tags to official bronze ballots and potsherds), divided into thematic and chronological categories.

Outdoor cinemas are a vital part of summer in Athens. Cine Thissio is the oldest outdoor cinema in Athens, established in 1935, and is one of the best options for an outdoor cinema experience, combining classic films with a great view of the Acropolis.