The Story Behind Athens' First and Only Microbrewery 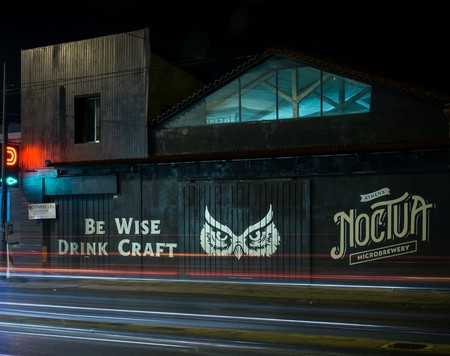 When you think of Greek alcohol, liquors such as ouzo and raki probably come to mind, rather than beer. In a country with more foreign-owned beer companies than local ones, a group of young men passionate about craft beer decided to change that by creating a microbrewery in the capital. We met with Jason Panagiotopoulos, one of the founders of Noctua Microbrewery, to learn more about Athens’s growing beer scene.

How would you describe the beer scene in Athens?

Well, the craft beer scene in Greece, and especially in Athens, is rather new. We are the only craft brewery in the center of town but you can find many Greek craft beers in a lot of places nowadays. Many liquor stores are starting distributing craft beers, and bars and restaurants have been adding our beers to their menus.

What did you do before starting the microbrewery?

The four of us (me, Christos Vasileiadis, Orfeas Dimopoulos and Dimitris Giannopoulos) all come from different backgrounds. I used to work as a journalist at a radio station and a newspaper for about 10 years, until we formed the Noctua team and felt ready to start brewing. Orfeas and Dimitris were into economics and Chris was a food technologist. But we all loved craft beer! 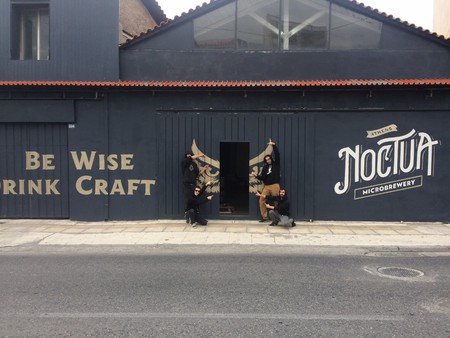 The four friends proudly pose in front of their brewing headquarter. | Courtesy of Noctua Microbrewery

Why wasn’t there a microbrewery in the city before Noctua? How long did it take to get started?

There was a microbrewery a few years back. It was called Craft Brewery and it was based in two brewpubs, one in Chalandri (a northern suburb in the city) and one at Ambelokipi. I don’t know the reasons why they chose to close the brewery, but it left a big gap in the beer scene of Athens. This is where we came in! After starting a small home brewery where we tried countless recipes and production processes, we decided to launch our home microbrewery a couple of years ago. We were lucky enough to find an abandoned car dealership in the heart of Athens, near Kerameikos metro station, and we started from scratch, building the brewery by our own hands.

How did you come up with the name Noctua?

We wanted to find a name that has a connection with the city, since this is where we were based. After much debate and research, we thought about the city’s symbol, the Owl of Athens, Athenea Noctua, which you can find virtually anywhere in souvenir shops. And we settled for Noctua.

What kind of craft beers do you produce?

Since we opened two years ago, we have been trying to introduce the public to the world of quality, craft beer. We focus on two products at the moment, and partnered with Syros brewing expert, Nikos Hatzakis, to produce a pale ale we called Head Twister Ale, and we also have a black IPA, Night Vision. Of course, since we are always trying recipes, we produced an anniversary beer for our first year, but we also play around with limited edition beers. At the core, we want to help people who don’t know beer or think that they don’t like it, to find one that suits them. 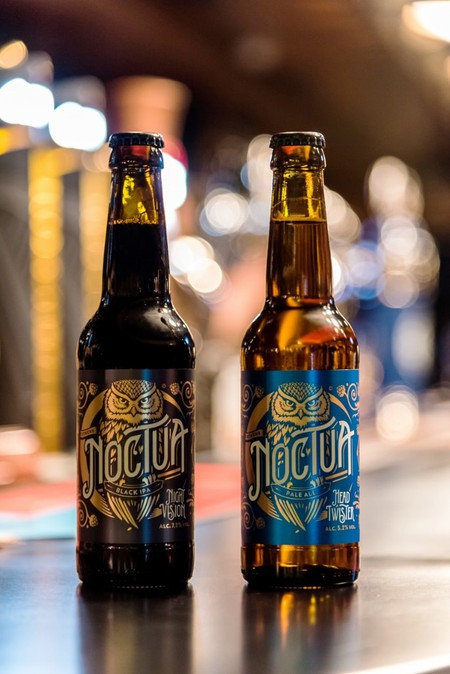 Make sure to try Noctua beers | Courtesy of Noctua Microbrewery

Is the brewery open to the public?

The beer laws in Greece are really old and outdated. As such, they don’t allow a small brewery to have a taproom within the premises and bottle our beers to sell them to restaurants and bars. You have to choose. But because we want to teach people about beer but also secure a good distribution network with bars and restaurants, we regularly organize Open Day events, where we do small tours around the brewery and we explain our beer-making processes. Of course, we also do a bit of tasting too! We do hope things will change and we will be able to operate a taproom in the future.

Tell us more about these open days?

We try to organize them once a month. Besides the tours and the beer tasting, we even serve food and sometimes we are lucky enough to host some local bands for live performances, since we all love music as well. So, you can come learn about beer and have a small party. Everyone is welcome so definitely check our Facebook page to find out more about the next one. 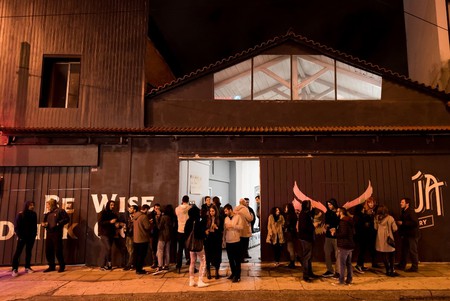 So, where can we find your beers?

You don’t have to wait for an open day to taste our products. If you are in Athens you can drop by Theio Tragi or Spirtokouto, which is near our brewery, and have a fresh Noctua on tap. Otherwise, a few liquor stores also sell our beers. We are collaborating with several bars and shops in Thessaloniki and on a few islands.

Finally, what are your plans for Noctua in the future?

Our hope is to expand and keep making many tasteful craft beers. Our goal is to be acknowledged as the Athenian craft beer in the future.