The Refugee Food Festival is Coming Back to Athens 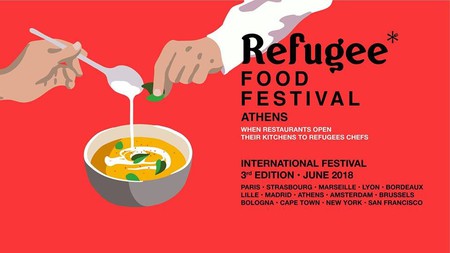 For the second time since it was founded in 2015, the Refugee Food Festival is coming to Greece. This year, from June 19-24, refugee chefs will be the guests of honor in several restaurants in Athens and in Mytilene (Lesvos) to collaborate with Greek chefs and show off their culinary skills whilst making their home countries known through their cuisine.

A non-profit international organization in its third year, the Refugee Food Festival is an initiative launched by Food Sweet Food and co-organized by the UNHCR, the UN Refugee Agency. The event is happening simultaneously across several cities across the world, including New York City, Cape Town, Paris, Amsterdam, Bologna, Marseille and Madrid. Over 5 nights, guest chefs ailing from Syria, Iraq, Morocco, Iran and Eritrea, will prepare a set of menus or will be given carte blanche to concoct a series of traditional dishes from their own countries as a way to promote the integration of refugees into society and make their stories known. Want to be part of the conversation? All you have to do is to book a seat (or two) at one of the six participating restaurants for a unique culinary trip around the world. 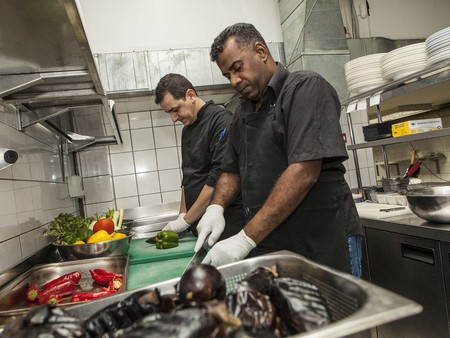 Greece, which has experienced a large influx of immigrants in recent years, has generally responded with compassion, welcoming them with open arms. Unfortunately, the majority of refugees are struggling to adapt to their new country, suffering from xenophobia and racism, and the constant threat of being repatriated. This creative initiative aims to break down the stereotypes, and allow residents and visitors to get acquainted with their respective cultures.

On June 19, Bluefish opens its door to Seinat Naftalem, a vibrant woman who has been cooking for private events via Options FoodLab since her arrival in Athens, and hopes to open her own Eritrean restaurant. Then there’s Adel Al Ahmad, a Basra-native from Iraq, as passionate about food as he is about cars. He will be cooking at Vassilenas, in Ilissia.

Enjoy some delicious Moroccan flavors at Scala Vinoteca courtesy of Turia Besbas, a polyglot and member of Options FoodLab from Morocco who plans to open her restaurant in Athens soon. If you head to Mama Roux on Thursday and Friday, then you will get to experience Iraqi cuisine by mother of two, Roaa Sabah; an expert chef who knows her way around Iraqi and Greek cuisine, as well as pastry.

Business Communication major Barshank Haj Younes, who studies at the American College of Greece, will take you on a trip to his native Syria at Ama Lachei in Exarcheia. Finally, if you have always been curious to try some Iranian food, Mahboubeh Tavakoli, a fascinating female chef involved in several NGOs and associations, will be heading up the kitchen of one of Metaxourgeio’s most favorite eateries – Seychelles – on Tuesday 19. 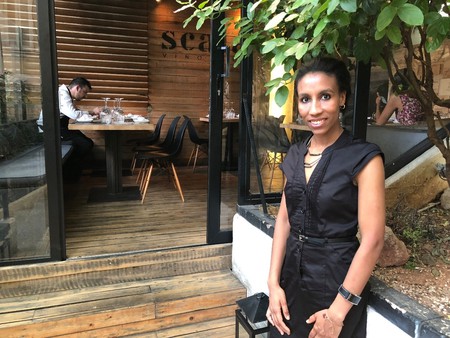 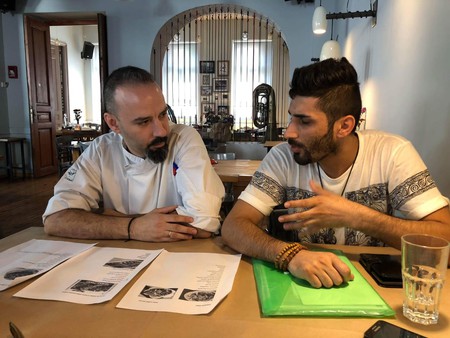 To find out more about the entire program, check the Athens Refugee Food Festival event page on Facebook and contact the relevant restaurants to book your table. The first edition of the festival was made possible thanks to the Athens Insider team with the support of Melissa, an association helping women refugees, the Greek Council for Refugees, Option FoodLab and Solidarity Now – whose objective is to help the individuals most affected by the economic and humanitarian crisis in Greece.