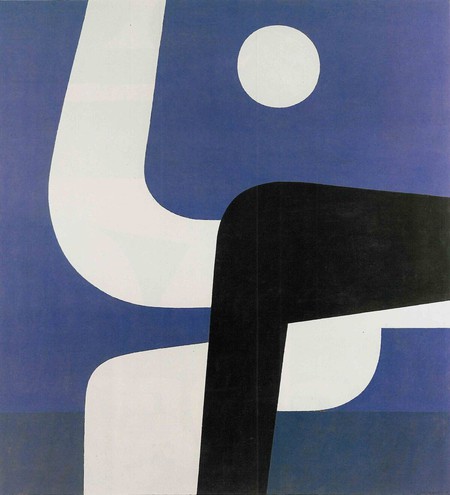 The work and legacy of Greek painter Yannis Moralis is to be celebrated in a new exhibition at Peiraios 138 in Athens. Culture Trip looks back at his influence on Greek contemporary art.

Even if you don’t recognise his name, chances are that you’ve encountered the work of the influential Greek artist Yiannis Moralis. The prolific creator enjoyed a career that not only encompassed a diverse range of painting styles but also set design, printmaking and book illustrations. The artist also played an influential role in fostering a modern Greek artistic collective and was an academic role model during his tenure as a professor at Athens’ school of fine arts. This month sees the opening of a new, celebratory exhibition in the Greek capital, simply entitled Yannis Moralis. 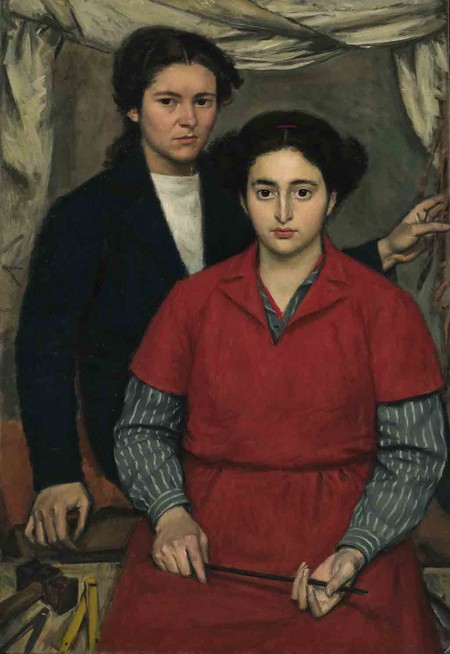 The exhibition, which features 400 exhibits in total, comes almost 10 years after the luminary died, and offers the most comprehensive retrospective of the painter to date. What is striking about the curation of the exhibition is the space that it allows for all facets of the artist’s life and oeuvre to be explored. Although chronological, works also coalesce to bring out thematic strands, such as a focus on the sketches and drafts that went into creating Composition 1. 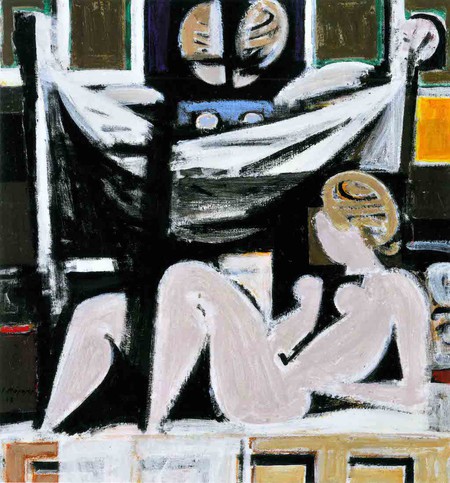 On entering the exhibition, audiences are first introduced to Moralis as he studies at the Athens School of Fine Arts in the 1930s and onto his experiences abroad in Rome and Paris during the occupation. Even in these initial works, Moralis’ distinct eye is clear through confident portraits of individuals that he encountered. Although his style changed, there is a continuous identifiable aesthetic to his work – a sense of watchfulness that would later lead to the distilling of subjects to their most abstract forms.

Yannis was active in bringing together a unified community within the contemporary art scene of Athens at the time. Teaching at the Athens School of Fine Arts, he came into contact with leading contemporaries Nikos Hadjikyriakos-Ghikas, Yannis Tsarouchis, Nikos Nikolaou, Nikos Engonopoulos and Panayiotis Tetsis. In 1949 they formed the Armos art group, a collective that worked towards promoting the modern Greek tradition in painting.

Together, they focussed on capturing the range of Greek society. While some of his compatriots painted the working people of the city and the islands, Moralis tended towards portraits of the Athenian intelligentsia and liberal elite. Notable in this exhibition are portraits of the young Zoumboulakis children, the son and daughter of one of the leading gallerists of the time. The gallery was influential in nurturing Moralis’ later career, and the children, who have inherited the influential Athenian gallery and run it today, continue to champion the painter’s legacy. 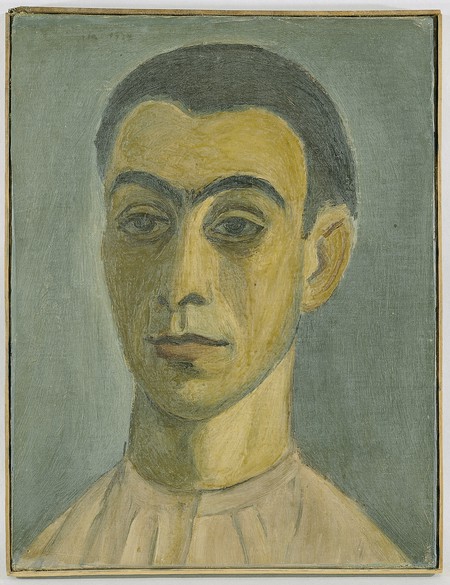 One of the less celebrated facets of Moralis’ work, his designs for the National Theatre and the Greek Dance Theatre, is gloriously brought to life in the exhibition. Traditional costumes are juxtaposed with bright sketches of set designs, giving fresh insight into the holistic approach of the artist’s vision. Other highlights include the illustrations Moralis made for George Seferis’ Poems, as well as a drawings for the Greek tourist board.

Towards the end of his career, Moralis’ hunger to move beyond the confines of the canvas is illustrated by his large-scale building designs. Most notably on exhibit here is a scale version of his abstract relief for the Hilton in Athens, which can still be seen on the side of the building today. The artist moved towards ceramics and mosaics, breaking down his signature style into minuscule detail and then building large, ornate tile works. 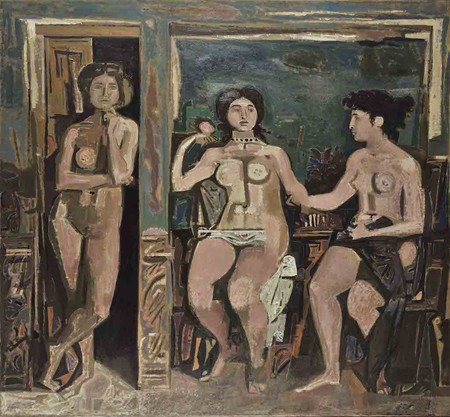 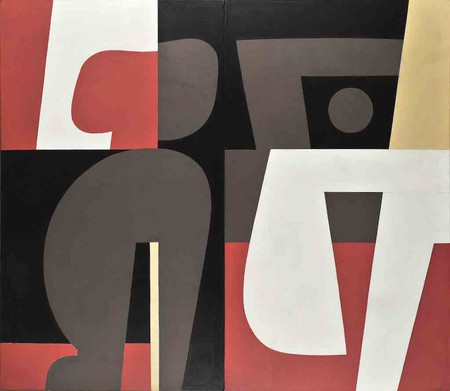 Given the extensive range and nuances of the curation, visitors to the exhibition not only find themselves immersed in Moralis’ world, but are also invited to reflect on the evolution of modern Greek society, especially as it has developed within the cultural realm. Moralis rarely gave interviews, but this exhibition into his life and vision is a powerful insight into the modern Greek aesthetic.