The Coolest Streets and Squares in Athens, Greece 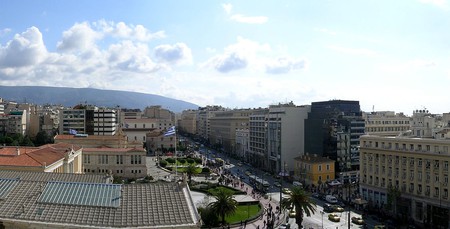 Athens has always been a top destination for vacationers. Whether it is for its cultural heritage, its museums and monuments, its beaches or the sun, it is an excellent place to discover. To help guide you through this urban jungle, Culture Trip has selected some of the coolest streets and squares to visit while in the Greek capital.

Connecting the Kerameikos archaeological site to Syntagma Square, Ermou Street is the main shopping street in downtown Athens. Indeed, it is one of the most expensive shopping destinations in Europe, and its plethora of fashion stores makes it a highly frequented area. Small cafés and eateries where you can take a well-deserved break after your shopping session line the surrounding streets. 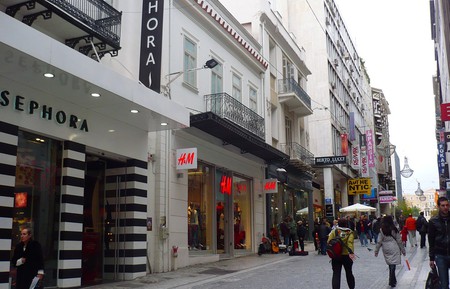 Another main artery in the centre, Adrianou Street connects Thissio to Hadrian’s Arch and splits into two areas, Upper Plaka and Lower Plaka, which includes Monastiraki and Syntagma. The street is home to many stores (mostly souvenir shops) and crosses through picturesque little squares. While it makes for a fun walk, be sure to take a detour and visit the back streets to get a real sense of Plaka. While it is definitely an area frequented by tourists, locals also enjoy weekend strolls along the street when it’s warm outside.

This major one-way street in central Athens goes from Vasilissis Amalia Avenue (and Syntagma) to Omonia. Named after the University of Athens, the street has a few architectural gems, such as the ‘Neoclassical Trilogy’ (the University of Athens, the Academy of Athens and the National Library), the Bank of Greece, the Numismatic Museum and the Attica department store as well as several neoclassical mansions.

Running from east to west, the Dionysiou Areopagitou pedestrian street borders the southern slope of the Acropolis, starting from Hadrian’s Arch and going up to Filopappou Hill where it becomes Apostolou Pavlou Street. This pedestrian walk is busy during high season, with locals and visitors taking in the views of the Acropolis, the Acropolis Museum and the various street vendors selling handicrafts and handmade products. Start and finish your stroll in one of the cafés bordering the Apostolou Pavlou. 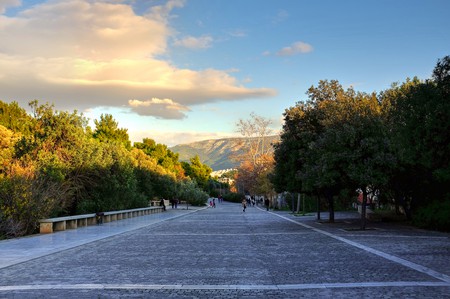 Dionysiou Areopagitou (near the entrance to Acropolis) | | © Min Zhou / Flickr 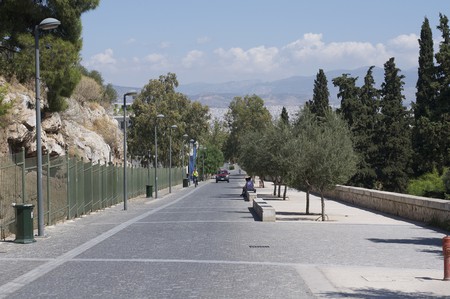 As one of the picturesque avenues hugging the coastline, Poseidonos Avenue’s borders are tram tracks and a walkway, which allows you to walk along the coast and witness the magnificent views of the sea. To reach it, simply take the tram departing from Syntagma and get out as soon as it reaches the seaside (Edem stop). The promenade often attracts joggers, families and beachgoers and is home to small seaside cafés and beach resorts.

Though technically not a street, Agia Eirini Square is a beautiful locale surrounded by cafés and restaurants. Many Athenians like to frequent the square in order to sit on a terrace while relishing in a coffee break in the late afternoon. This lively destination becomes busier in the evenings and on weekends.

Strongly associated with anarchists, Exarcheia is a neighbourhood worth visiting while in Athens. While there are far too many streets that deserve exploring, with their unique and impressive street art, Exarcheia Square is the hub of the area, with many cafés, bars and cheap tavernas. Don’t be scared to wander off the beaten path and discover the nearby streets. 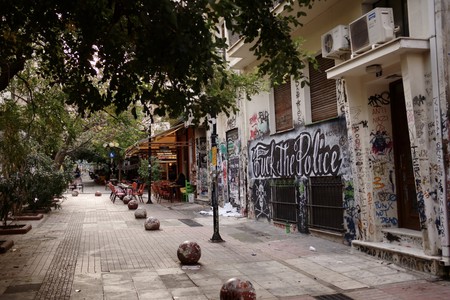 Dexameni Square sits at the base of Lycabettus Hill and is always full of life. With the Dexameni café terrace and the open-air cinema of the same name occupying the square, it is no surprise that Dexameni is a favourite for Athenians. Surprisingly, the café is not as expensive as the other bars and cafés in the same area, so you shouldn’t feel bad sitting there a whole afternoon while simply enjoying your time.