The Best Things To Do in Athens in Winter 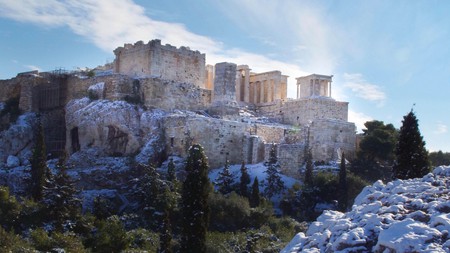 While you might imagine Athens under the Mediterranean sun, winter offers the chance to see a different side to the Greek capital. Whether you take the opportunity to explore local history or learn to cook traditional Greek dishes, there’s no shortage of wintertime activities in Athens. 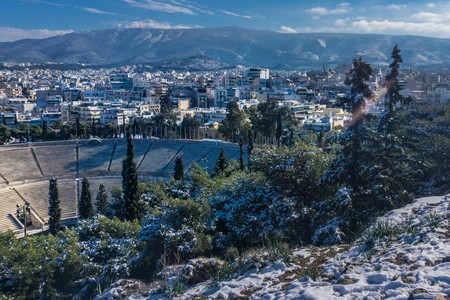 “When October comes around, and the beach weather starts to fade […], we play tourists in our own city and discover interesting workshops and cultural events. We even visit ancient sites. Sometimes for the first time – other times for the 22nd,” says Melina, an assistant director at a local advertising agency.

Culture Trip speaks to Athenians about their recommendations for discovering the Greek capital once the colder months set in – from visiting ancient temples and photography exhibits to making the perfect home-made moussaka. 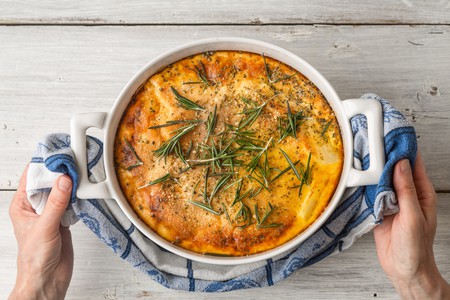 “I never visit the ancient sites during the summer. It’s just too hot,” says Adam, who works for an Athens-based travel company. He says that tourists usually bypass the exceptionally well-preserved Temple of Hephaestus for its more illustrious counterpart, the Parthenon. Two years older than the Parthenon (dating to 450 BC), the Temple of Hephaestus lies within the Ancient Agora, just a six-minute walk from Monastiraki metro station. Its Doric style has stood the test of time (surviving almost 2,600 years), and sculptural representations of figures you’ll recognise – including Hercules and centaurs – adorn the temple’s pediments. 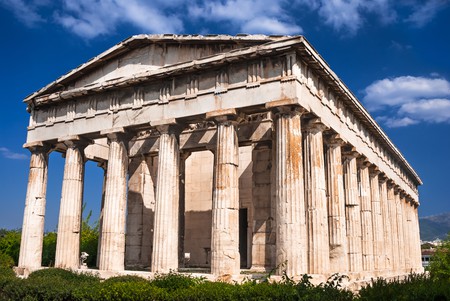 The Temple of Hephaestus was a place of joint worship – dedicated to both Hephaestus and goddess Athena. In later years (circa AD 700), the temple turned into a Christian church, and once Athens became the capital of modern Greece in 1834, it served as a burial site for non-Orthodox philhellenes.

“I visit this temple often, particularly for its spectacular location – the scenic drive along the Athenian coast is just as impressive as the temple itself,” explains Adam. The temple’s location on Cape Sounion – on the southern tip of Attica – is certainly not random. If you take a map of Greece and zoom in on the region of Attica, you’ll see that three of the country’s most sacred ancient venues (the Temple of Poseidon in Sounion, the Temple of Aphaia on the island of Aegina and the Temple of Hephaestus in Athens) form an isosceles triangle. Standing imposingly on a cliff overlooking the Aegean Sea, the temple dedicated to the God of the Sea is worth the approximately 60-minute drive from the centre of Athens. For a more organised temple adventure, plenty of travel companies offer half- or full-day tours to this majestic site. 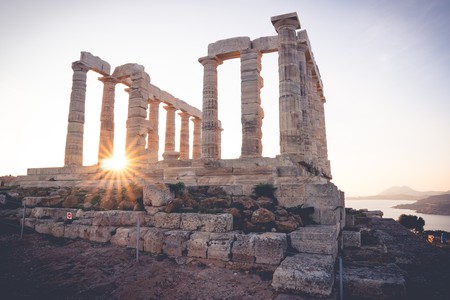 The Temple of Poseidon is set on Cape Sounion, about a 60-minute drive from the city centre | © James Photography / 500px / Getty Images

Soak up some contemporary culture (and even learn some Greek)

The SNFCC, Athenians’ most treasured modern-day architectural and cultural gem, only opened its doors in 2016. The city’s ultimate recreational and cultural playground has an astounding line-up of year-round events (most of them free) – from concerts, plays and movies to sporting events and festivals. Melina tells Culture Trip that Athenians can’t wait for winter to roll round, not least because from November until late February, they can delight in a free 40-minute ice-skating session alongside the illuminated seawater canal. 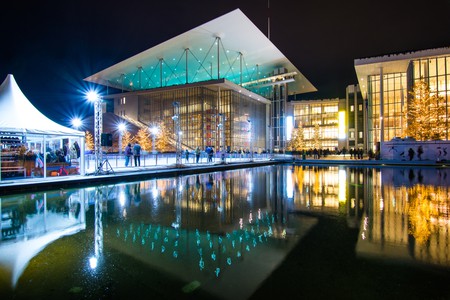 A cultural and artistic hub funded by the Onassis Foundation, the Onassis Cultural Centre (Stegi) aims to promote contemporary Greek culture and to provide education for all. Located on the lengthy avenue of Leoforos Andrea Siggrou, which links the centre of Athens to the port of Piraeus, the landmark building reflects the centre’s contemporary spirit. Flick through its annual programme for a taste of modern Greek theatre, dance and music, and consider attending a talk, workshop or educational event. “I recently attended the fascinating photography workshop Transeurope/Eyesculture, conducted by five photographers and artists,” enthuses Melina. “If you’re staying for a week, you can even take a Greek language and culture course.” 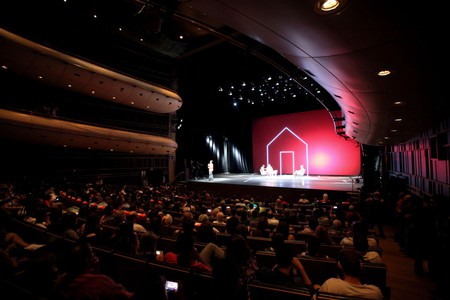 Kirki, the owner of popular Athenian nail salon Nail Job, goes in search of culture during the Athenian winter. “It’s the indie scene that interests me most,” she says, before recommending Radio Athènes as a must-visit spot. “This innovative, non-profit, interdisciplinary space – just a few blocks from Syntagma Square – is my go-to place when I’m in the mood for thought-provoking exhibits and conversations on contemporary art, literature and culture,” she says. 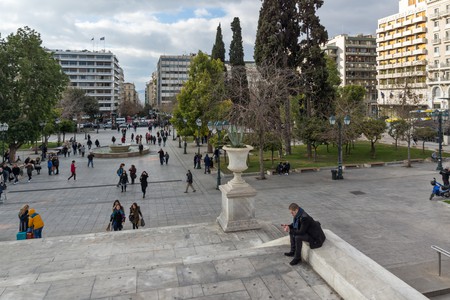 “As Greeks, one of our favourite pastimes is getting together to eat,” laughs Melina. Now visitors to Athens have the opportunity not only to eat authentic Greek cuisine but also learn how to prepare it themselves. “I love how in recent years venues offering traditional cooking classes have been sprouting up all over the city,” Melina says, noting Onion Athens as a particularly good option. “We attended a team-building event at Onion Athens recently and cooked moussaka together from scratch (moussaka is infamous for its time-consuming preparation). I actually got some pretty good tips for shortening its prep time!” 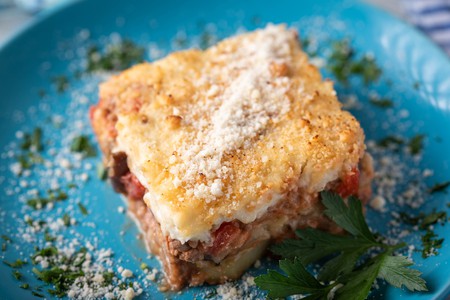 Moussaka is a classic Greek dish, made by layering potato, aubergine and mincemeat | © ahirao_photo / Getty Images

“Taking a food walking tour led by a local is definitely the best way to experience the Athenian food scene,” says Adam, noting that summer is often far too hot to do this comfortably. He goes on to say that most Athenian food establishments have embraced this ‘new way’ of business, and some have even survived the financial crisis thanks to the existence of food tours. Cheesemongers, delis and other traditional food sellers welcome and cater to visitors coming in just for a small tasting. Adam particularly recommends booking a private tour with Tastehopping or Epiculiar, as they can be personalised to your culinary preferences or dietary restrictions. 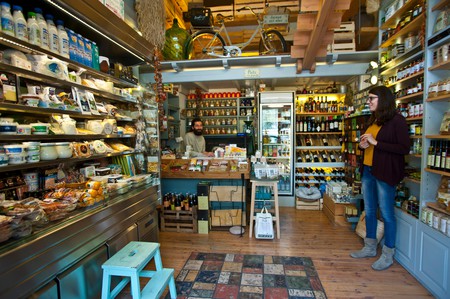 Visit a museum with a gorgeous café

“I love museums, but I always seem to gravitate towards the ones with the nicest cafés. I like to enjoy a cappuccino and maybe a small bite after I savour the exhibits,” Melina says. “Don’t get me wrong. The exhibits are also top-notch,” she’s quick to add. She recommends the Museum of Cycladic Art, which has a gorgeous natural light-filled café with good coffee and modern takes on traditional Greek recipes. The museum dedicates itself to the study and promotion of the ancient cultures of the Aegean and Cyprus, with an emphasis on Cycladic art. The museum is conveniently located near two metro stations (Evangelismos and Syntagma). 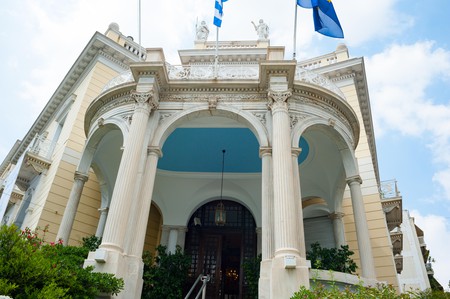 The Museum of Cycladic Art is set close to the Evangelismos and Syntagma metro stations | © directphoto.bz / Alamy Stock Photo

The impressively curated Benaki Museum of Islamic Art is known not only for its significant Islamic art collections but also for its café. Athenians often come specifically for the latter. Located in the creative and trendy Kerameikos neighbourhood (just a short walk from Monastiraki metro station), it’s the perfect place for a cosy winter post-museum coffee or tea and snack. The colourful floor-to-ceiling mural Imagine a Palm Tree is as impressive as the view of the Acropolis. “It may just be my favourite café in Athens,” concludes Melina. 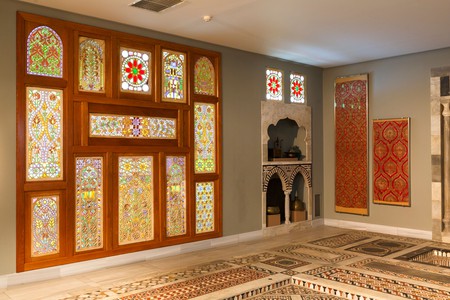