The Best of Greek Cinema at the Athens International Film Festival 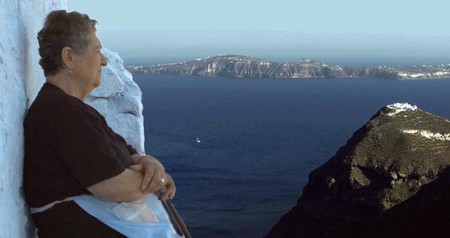 The 24th Athens International Film Festival has wrapped for another year. Culture Trip spotlights the best of Greek and international cinema on show and what the selection says about the cinema landscape in Greece.

September marks the start of the new cultural calendar, and in Athens, the new season was kick-started with the Athens International Film Festival. Now in its 24th year, the event brings cinematic highlights from around the world to the Greek capital over two weeks of screenings. Alongside successful films from across the globe, the festival also spotlights national talent with a variety of formats.

Ahead of the closing ceremony, Loukas Katsikas, artistic director of the Athens International Film Festival, told Culture Trip that “in the 24-year lifespan of this essentially homemade festival, the audience’s demands keep growing every year.”

To match the demand, the festival has continued to expand its offerings. This year the event brought a mix of both international and local talent, of old classics as well as debuting the best of new cinema. As such, the event positioned Athens as an indie gem, with the festival complementing the renowned Thessaloniki International Film Festival, which takes place in November.

The varied approach is one that is certainly working, with an ever-increasing audience enjoying the range of films and activities on offer. “Judging by the people who swarm into the theatres every September in increasing numbers,” Katsikas added, “it is more than safe to say that the Athens International Film Festival is going to be around for many years to come.” It’s a positive vision that certainly matches the dynamic and energetic approach apparent during the festival.

Here are the highlights of the Athens International Film Festival (19-30 September 2018) and what you should expect from the years to come.

For 2018, documentaries focussed not only on telling stories of contemporary social life in Greece (In Search of Kazantzakis (2018), Sopi – A Day In (2018), Antonis’ Voice (2018)) but also in probing the country’s past with a view of how residents are making sense of the present. Zacharias Mavroeidis’s documentary Across Her Body (2018) spotlighted a group of residents in Santorini – a narrative that offered a fascinating new lens through which to experience one of the most visited islands in Greece.

Frustratingly, many of the documentaries were without subtitles, preventing these vital stories of contemporary Greece from reaching a wider audience. Yet with such an exciting lineup, it’s likely many will get the international attention they deserve moving forward.

The Greek Short Stories section brought together a host of new talent and spotlighted some of the most exciting young Greek filmmakers working today. Thanks to directors such as Yorgos Lanthimos and Athina Rachel Tsangari, the pervading theme of contemporary Greek cinema is the ‘weird wave’, which blends the violent and the surreal. These new filmmakers continue to buck the mainstream trend, focussing with great intensity on moments of micro-drama – a decision that may also be linked to the short format they are working with – and rendering tales of triumph and tragedy through offbeat and quirky narrative styles.

Shorts ranged from tales of a relationship between a teenage daughter and her mother (Tangles and Knots, Renée Marie Petropoulos) to celebrations of the mysteries of nature (Vourvourou, Karina Logothetis) to stories of coping with grief (The Silence of the Dying Fish, Vasilis Kekatos); settings ranged from Hades’s underworld to the ’60s to contemporary rural Greece to imagined fantasy worlds. The directors and cinematographers told these stories with specificity and focus, but the themes they opted to grapple with were large and ambitious – for example, death, self-realisation, love and power. In doing so, the Greek Short Stories section emphasised how these new filmmakers can contribute to the international cinematic conversation.

Tribute to Giorgos Panousopoulos, one of the most influential Greek filmmakers

A tribute to the great Giorgos Panousopoulos, one of the leading filmmakers of Greek cinema, was a welcome addition at the Athens International Film Festival this year. Throughout the week, iconic films by the director, such as Honeymoon, Mania and Love Me Not?, were screened alongside documentaries and discussions about his work.

His latest film,In This Land Nobody Knew How To Cry, was also screened after its initial debut earlier in the year. Set on a Greek island, the new work offered more humour than his earlier work, telling the story of a French representative of the European Parliament and his Greek assistant who travel to a small island in the Aegean and experience the magic of the place with unforeseen results. The film offers a quirky comedy while also capturing the idiosyncrasies of the contemporary Greek identity and experience. The director, now 76, is credited with shaping modern cinema in Greece, marrying humour and nostalgia with strange and unnerving cinematography – a master of atmosphere and emotion who shows no signs of slowing down.