The 8 Best Experiences in Athens, Greece 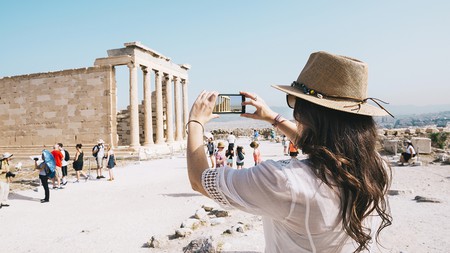 The Greek capital is a city with history to spare. From its rock-top Acropolis to the first stadium of the modern Olympic Games, Athens is riddled with landmarks wreathed in fascinating histories that you can experience in the flesh. 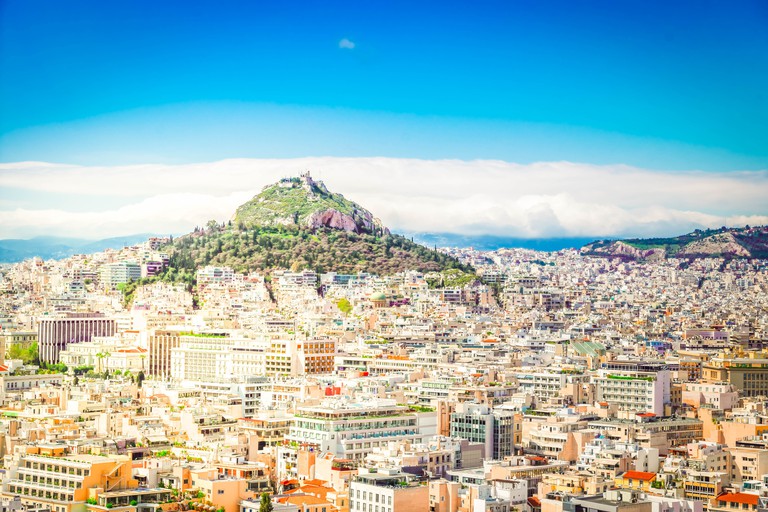 The rugged geography of Athens was partly why the city was built here. Mountains surround the coastal capital, forming what used to be a natural barrier against land invasion. It also means that the city has more than its share of geological oddities, including Mount Lycabettus, an inner-city peak in the suburb of Kolonaki. This four-hour ‘Hike and Yoga’ tour takes you to all these sights, and while most visitors take the scenic funicular to the summit, the walk up its forested slopes is far more satisfying. It is also home to the odd hidden nook along the way, including a secret pond where you can strike a yoga pose in plain view of the city’s famous Acropolis.

Open In Google Maps
Athens, 114 71, Greece
Give us feedback 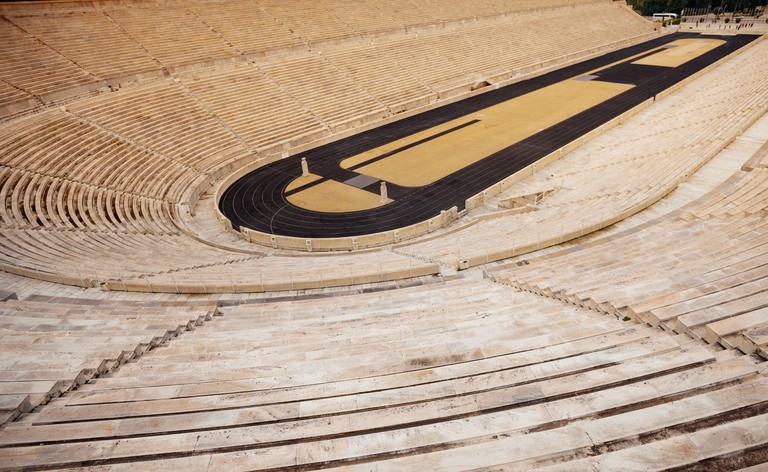 Greece is the spiritual home of the Olympic Games. It all began here in the eighth century BC, back when it was as much a religious festival as an athletic competition – 100 oxen would be sacrificed to the god Zeus, in whose honour the Games were held. By the fourth century, pagan rituals had been banned here and the games, which had helped bring Greece’s many states together, disappeared, only to be resurrected in their current sporting form in Athens in 1896. So enter the ‘Olympic Games Workout’ tour, which explores both ancient and modern training facilities in the capital, and includes an opportunity to run in the Panathenaic Stadium – the home of the 1896 Games. 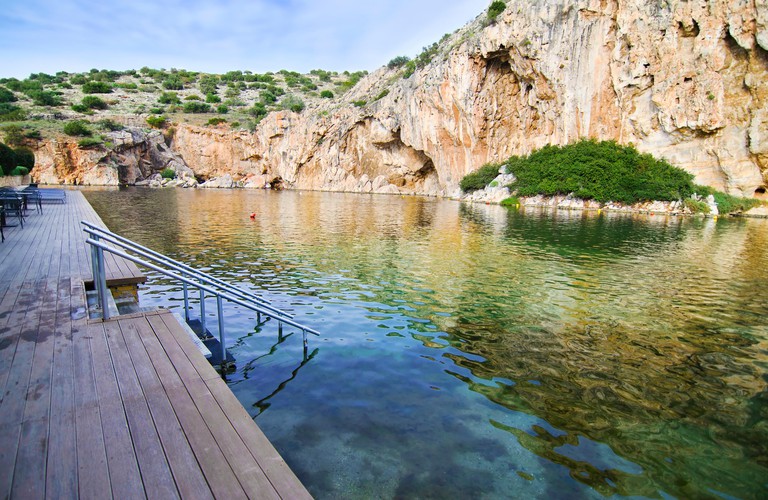 History is everywhere in Greece. Even the spa waters have a tale to tell. The ancient town of Thermae has been celebrated since ancient times for the healing springs that bubble up here from a fault beneath the Geraneia range. These days it is better known as Loutraki, a pine-scented resort town resting on the Gulf of Corinth, yet it’s still full of surprises. From the invigorating waters of its spa to the blue lagoon of Vouliagmeni and the ancient Sanctuary of Hera, the ‘Loutraki Thermal Spa, Gourmet and Nature Experience’ tour explores every nook of an area that is far more than a spot at which to melt away your aches and pains. 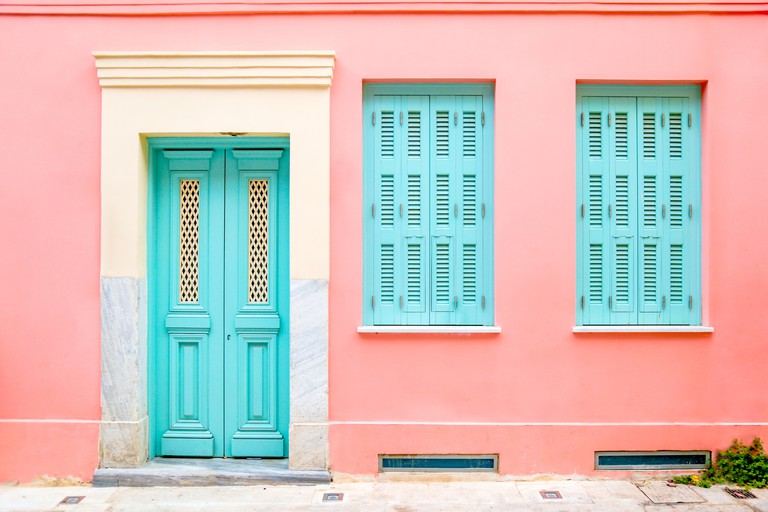 The Greek capital isn’t short of breathtaking locations. This Instagram tour focuses on the city’s most photogenic sights – think communing with nature in the National Garden; a surprising slice of some 7,000 trees right in the city centre; and posing outside parliament with its guards, replete in their kilts, tasselled garters and pompom-tipped shoes. Then there’s the king of all selfies – stood beneath the columns of the Acropolis. It’s a cunning way to tick off some of the city’s most iconic sights while a guide accompanies your every step to give plenty of background. 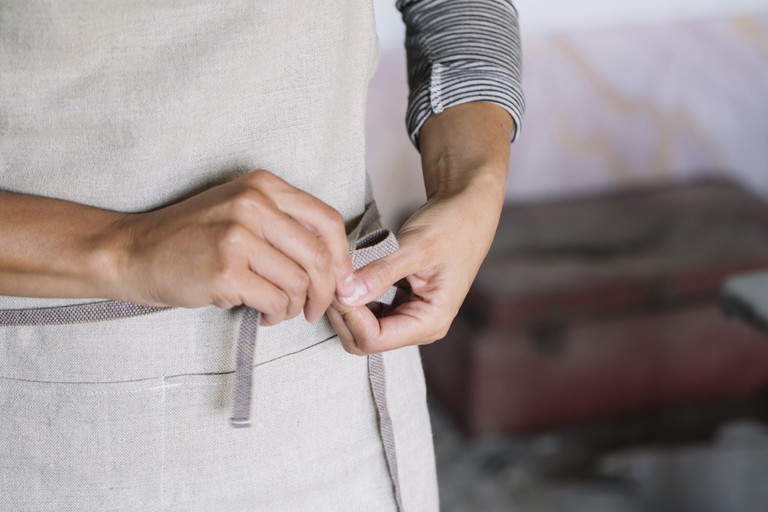 The truth of travel is that sometimes you miss out on the social aspects of cities. You might be one of those gregarious people who can wangle a ticket to a stranger’s lunch without so much as a word of Greek; for the rest, there’s the ‘Traditional Greek Cooking Class with Market Walk’. It begins with inhaling the scents of Athens’ Central Market and buying up ingredients with the friendly Vasia, before lugging them back to the kitchen for a cooking class and sociable dinner. Learn the art of making spanakopita (spinach pie), imam bayildi (stuffed aubergine) and stuffed vine leaves before polishing them off in far less time than it took to make them.

Open In Google Maps
Athens, Greece
Give us feedback 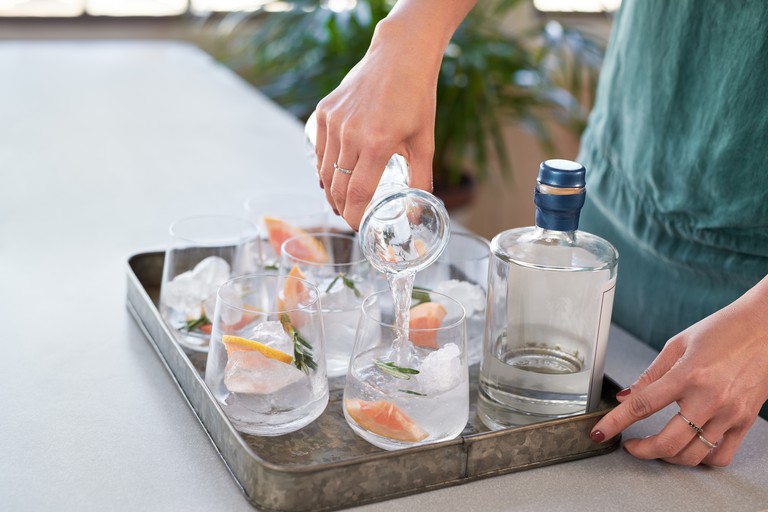 Gin is not a drink you’d associate with Greece. Ouzo, sure. Raki, yes. But times are changing in Athens. It’s surprising it hasn’t happened earlier; after all, you can’t walk three feet without stumbling over a juniper bush in Greece. Its distilling process isn’t all that dissimilar to ouzo – just replace anise with juniper. Now, its popularity is finally on the rise in the capital, with cocktail bars like The Clumsies gaining international recognition for its take on the drink. To get a handle on the new craze, join a top local mixologist on this ‘Gin Tasting Experience’ to improve your palate and learn about what makes each local gin different.

Open In Google Maps
Athens, Greece
Give us feedback

Make Your Own Calculating Machine Tour 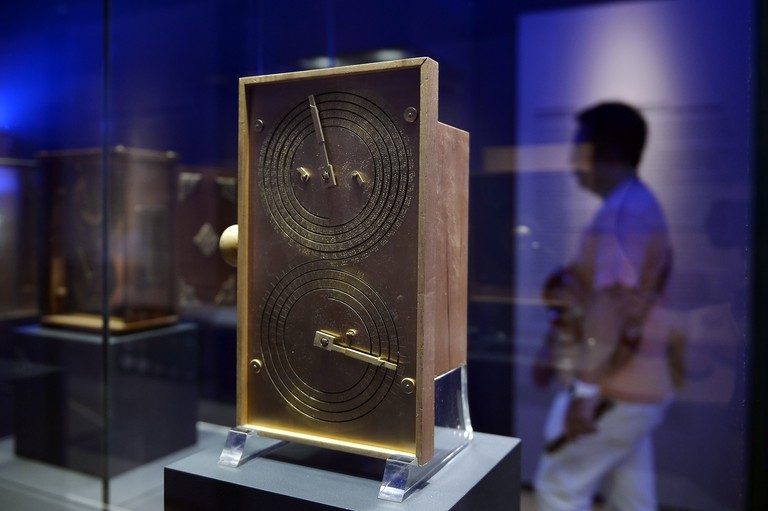 This private tour will attest begins with a trip to Kotsanas Museum of Ancient Greek Technology, where a guided visit ends with a workshop on the Antikythera Mechanism – in effect, a primitive laptop that predates the work of inventor Charles Babbage, who is credited with investing the computer, by around 2,000 years. It was eventually found in a shipwreck and thought to have been designed to monitor celestial events. Explorations of this and other calculating devices reveal a whole other take on the world of the ancient Greeks.

Not far from Vouliagmeni Lake, just a 45-minute drive from the centre of Athens, lies the Blue Hole, an 11-metre(36-foot)-deep underwater ‘well’ in the centre of a rocky bay. Were you to explore further (although unfortunately you can’t, as its bottom is railed off), you’d find a submarine network of caves that has yet to be fully mapped – the last people who tried went missing and weren’t found until years later. Nevertheless, the hole itself is relatively easy to dive with this ‘Scuba Diving at the Blue Hole’ tour. There’s great visibility up to 30 metres (98 feet), and its warm waters are even fed by a hot spring. All equipment is provided but divers should bring proof of their Open Water Diver certification.