The 5 Most Impressive Buildings In Athens

Amphitheater of the Acropolis of Athens. UNESCO World Hetiage site| © Anton_Ivanov/Shutterstock
Everyone will agree that Athens is an architectural paradise for anyone interested in a rich and unique architectural mix. Blending architectural gems from the Classical, Hellenistic, and Roman periods as well as modern architectural styles including neoclassical and post-modern, here are the five most impressive buildings in Athens.

It is impossible to write an article about the most impressive buildings in Athens without mentioning the Acropolis, it is so iconic. Set on a rocky hill above the city, the temple atop of the Acropolis, The Parthenon, was dedicated to goddess Athena, who was the protector of the city-state, and from whom Athens takes its name. The other various monuments which make up the Acropolis include the Temple of Athena, Nike, the Erechtheion and the Propylaea. 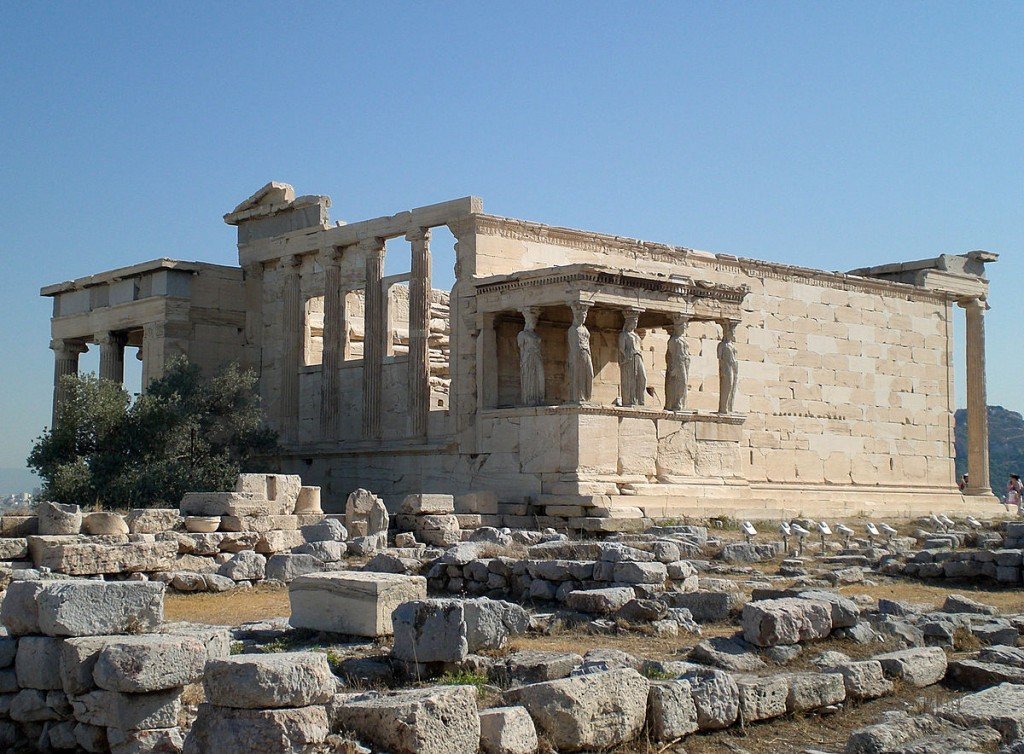 The Erechtheum in Athens, Greece | © LevineDS/WikiCommons 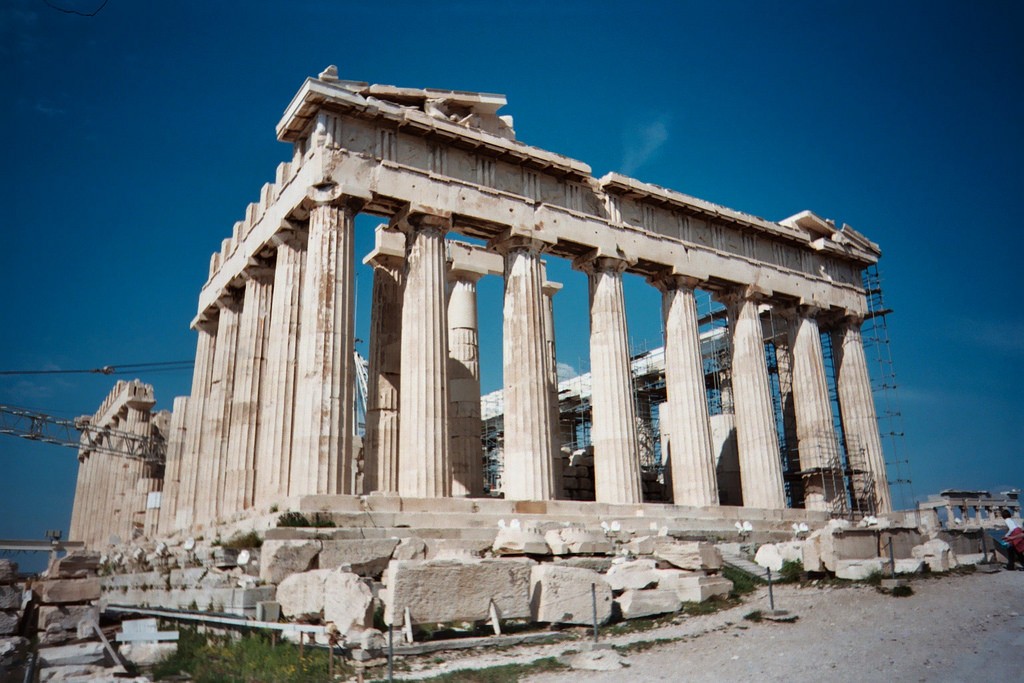 Museum
A modern building in an ancient city, the Acropolis Museum’s design combines past and present | © Stefano Paterna / Alamy Stock Photo
Book Now
Designed by Bernard Tschumi Architects of New York/Paris with Michael Photiadis of Athens as a local associate architect, the new Acropolis Museum, completed in 2009, is located in the Makryianni district, right across the Acropolis. The museum is supported by more than 100 concrete pillars, as the building was constructed above the ruins of the ancient city. The top floors of the museum are made of glass walls, which bring plenty of natural light inside, while the Parthenon Gallery offers breathtaking panoramic views of the Acropolis and the modern city of Athens.
More Info
Open In Google Maps
15 Dionysiou Areopagitou, Athina, 117 42, Greece
+302109000900
Visit website

Building, Library, Opera House, Architectural Landmark, Park
The Stavros Niarchos Foundation Cultural Centre was designed by Italian architect Renzo Piano | © SNFCC Yiorgis Yerolymbos
The stunning, ecologically sustainable urban complex of the Stavros Niarchos Fundation Cultural Centre was designed by Renzo Piano. The National Opera and the National Library will relocate to the SNFCC in the fall of 2017 and the building includes a 1400-seat opera auditorium as well as 400-seat theatre. Utterly modern and minimalist, the building was built upon an artificial slope, and is surrounded by a beautiful park and an artificial lake.
More Info
Open In Google Maps
364 Leoforos Andrea Siggrou, Kallithea, 176 74, Greece
+302168091000
Visit website

Building, Library, Museum, University
Building of the Academy of Athens | © A.Savin /WikiCommons
Okay, we know we cheated, but once you’ve seen the Trilogy, you’ll understand why. Located in the centre of the city on Panepistimiou Street, these three neoclassical buildings, which include ancient Greek, Roman and Renaissance elements, are the University, the National Library of Greece and the Academy of Athens. These stunning constructions were built in the middle of the 19th century by two Bavarian architects, Theophil Hansen and Ernst Ziller, who also built the Numismatic Museum of Athens. At the time, the neoclassical style was an attempt to connect modern Greece to its classical past, resulting in grandiose buildings and elegant features.
More Info
Open In Google Maps
Athens, Greece

Building, Architectural Landmark
The Hellenic Parliament is built in Neoclassical style | © Marko Beric / Alamy Stock Photo
Built in 1842, the Greek Parliament, which was the residence of the Greek royal family, is located on the northern side of the famous Syntagma square. The three-floor building was designed by another Bavarian architect, Friedrich von Gärtner. It was in November 1929 that it was converted into the Greek Parliament.
More Info
Open In Google Maps
Athens, 105 57, Greece
+302103707000
Visit website
Book with our partner and we will earn a small commission.