A Look At Renzo Piano's Extravagant Cultural Center In Athens 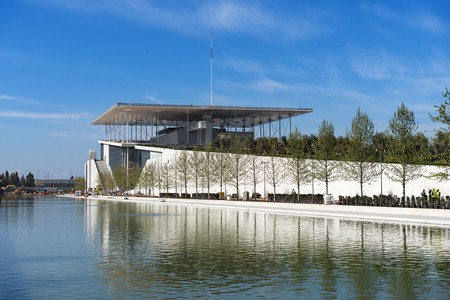 The Stavros Niarchos Foundation Cultural Center is a gigantesque multi-functional complex that is home to the new National Opera and Library. The center, dedicated to arts, entertainment and education, is located in a 210,000 square meter park near Faliro Bay in Athens.

Built on the former horse racing track used in the 2004 Olympic Games, the mega-project is the latest attraction in Athens. With an artificial lake, a playground, cycling paths, and state-of-the-art facilities, the center is a concrete example of a private-public sector partnership.

Construction works were managed by Italian architect Renzo Piano, famous for having built the Centre Georges Pompidou in Paris, the center was funded thanks to a whopping €596 million donation made by the Stavros Niarchos Foundation, a charity set up after the death of billionaire Greek shipping tycoon Stavros Niarchos. 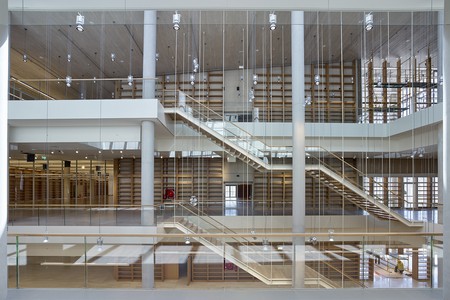 Stavros S. Niarchos, who died at the age of 86 in 1996, spent much of his life in a figurative arm-wrestle fight with his nemesis Aristotle Onassis for supremacy over the high seas. Quite discreet and secretive, Niarchos made a personal fortune estimated at $4 billion by mastering the concept of carpe diem: seizing the moment and turning it to his advantage. Gifted with the ability to recognize an opportunity when it presented itself, he applied a very simplistic strategy to his endeavors, to buy big but cheap. Considered as one of the most innovative and successful businessmen of his time, he understood before many that a global approach was essential. 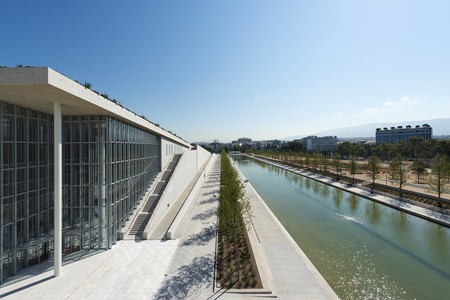 His legacy endures to this today thanks to the establishment of the Stavros Niarchos Foundation, a leading philanthropic organization active in Greece and abroad. Sustained by Niarchos’ interest in arts and culture, education, social welfare and health, the foundation offers grants in those fields and funds projects, as well as organizations, aimed at achieving a lasting positive impact on society, and most notably on vulnerable groups, such as children and the elderly, while demonstrating strong leadership and sound management.

The cultural center project is as grandiose as its budget. In an attempt to recreate the view Kallithea once had of the sea, the architect raised the ground by way of an artificial hill, underneath which the main buildings are located. The raised park, where indigenous Mediterranean trees and bushes were planted, was designed by New York-based landscape designer Deborah Nevins, a Columbia University alumni. 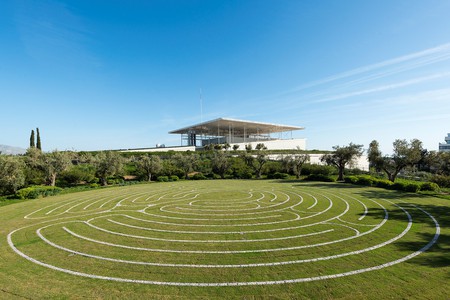 Organized around an agora-style plaza are the main buildings. The opera house includes an auditorium which can seat 14,000 spectators, as well as a 400-seat theater. The library is equally impressive and has a two-million-book capacity. It will house the current collections of the National Library of Greece and include a separate lending library catering to adults, teenagers and children.

Facilities also include a business incubator dedicated to entrepreneurship, a music recording studio, and areas for children and teenagers. The surrounding park includes sports facilities, such as running tracks, cycling paths and a playground. 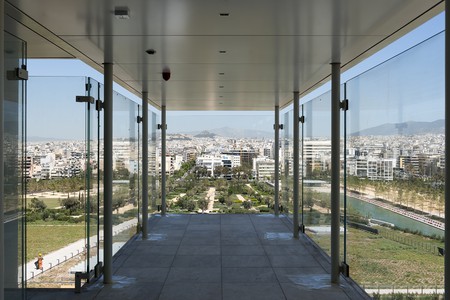 In a press statement, the Foundation said that the cultural center was aiming to ‘address the need of Greeks to participate in Arts and Culture by removing social barriers, and a wide range of programs and activities will be offered free of charge at various times.’ It has been offering a plethora of activities, such as guided tours of the buildings, yoga classes on Mondays and Fridays at 7:00pm, weekly screenings of classical films (Friday, Saturday and Sunday at 9:00pm), series of concerts by Greek singers and many more. Needless to say, the center is poised to impact daily life.

Even though the SNFCC has gotten its fair share of criticism, and it will never overtake the Acropolis as the main attraction in Athens, it may still be a venue that visitors the world over will come to explore.