Reinventing the Agora: The Evolution of Kypseli Market, Athens 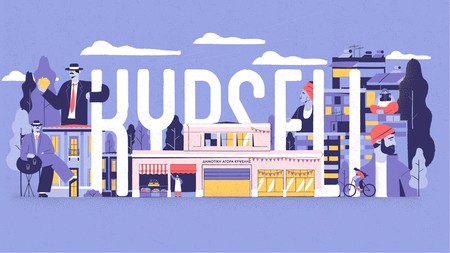 Reviving a historic marketplace dating back to 1935, today’s Kypseli Municipal Market reinvents the ancient Agora of Athens. Greece’s first social entrepreneurship market is home to ethical and socially conscious businesses and is giving the Kypseli neighbourhood a new lease of life.

On 4 October 2018, Kypseli’s Municipal Market opened its doors as Greece’s first social entrepreneurship market. But the 1930s building, set on Fokionos Negri Street, has been an integral part of the community for over 90 years.

After 73 consecutive years as the area’s main food market, the landmark building was shut down in 2003 and remained in a derelict state until 2005. During that time, the building was even threatened with demolition to make way for a car park. Following objections by residents and grassroots groups, the Ministry of Culture finally declared it a listed building. In 2006, Kypseli Municipal Market began its journey to becoming a social hub once again, when the local community transformed it into a cultural space. For five years, its halls and rooms became a lively meeting point for Athenians of different ages and backgrounds, hosting over 600 concerts, exhibitions, plays, workshops and seminars. This initiative came to a close in 2012 with the mayor’s decision to renovate the building – a new chapter had begun for Kypseli Municipal Market, with sustainability at its core. 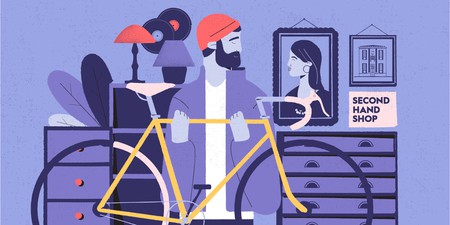 The aim of the Archipelagos social cooperative’s Second Hand Shop is twofold: creating job opportunities for people dealing with mental illness, and supporting their reintegration into society through work. “Through this initiative, three new job positions for socially vulnerable individuals were created, more than 18 volunteers were mobilised and more than 1,000 citizens donated over 8,500 items,” says volunteer coordinator Vassia Valkanioti. The Second Hand Shop currently has 15 active volunteers who provide support for the shop’s employees and help them cope with their workload and responsibilities. “We, the people who work and live in the wider neighbourhood of Kypseli, would love to be active in a market with cutting-edge activities that motivate and move us, a market which promotes positive attitudes, mutual respect and bottom-up urban engagement. We appreciate that – although challenging – this venture can achieve and deliver multiple social and economic benefits over the course of a few years,” she explains.

Wise Greece is an award-winning non-profit social enterprise. Selling high-quality Greek products through hundreds of stores all over Greece and abroad, Wise Greece aims to achieve a dual social mission. On the one hand, it works to support independent local producers, while on the other, using part of its profit to buy food for vulnerable social groups. “Wise Greece has made a significant effort to promote the concept of social entrepreneurship in Greece, so it could not be missing from this market,” says Melina Taprantzi, founder of Wise Greece. “This place has been reborn. The Municipal Market of Kypseli has a very interesting story and today it is a living example of what is possible when we share common values and we believe in the power of collaboration.” She says that even though everyone was sceptical about this project in the beginning, today it is not only supported by the local community, but also draws visitors from different areas of Athens. “We believe that it is here to stay,” she says.

The Margarita vocational training centre offers a range of creative workshops for people with learning difficulties – from silk-screen printing to jewellery making – and encompasses the 13m2gallery, which exhibits and sells the fruits of these workshops. In turn, the gallery provides work placements to participants. “Margarita has been offering educational and professional training to people with mental health problems for four decades. Now, Kypseli Municipal Market gave us the opportunity to train our students in real working conditions and prepare them for a permanent job position,” says Vassias Tsokopoulos, the centre’s president. “What makes Kypseli’s municipal market special is that it is like a small mall, but based on the social economy model. Even though each shop in the market has and will have a different level of success, each enterprise will benefit only if the market as a whole functions properly.” 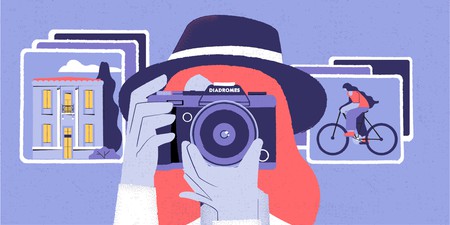 Giorgos Asimakopoulos and Tolis Hatzignatiou, the people behind the photography team Diadromes, say they couldn’t have thought of a better place to host their weekly photography classes. “Kypseli has always been an artsy area connected with the city’s urban culture. And Kypseli Municipal Market, which is a place drenched in history, is the perfect platform for Diadromes seminars,” says Asimakopoulos. The second round of Diadromes seminars kicked off in October 2019, welcoming beginners and advanced students from a range of backgrounds. “Being a multiform place, Kypseli Municipal Market provides different types of teams and organisations the opportunity to hold all kinds of events. And that’s why the market fits the character of the neighbourhood,” points out Hatzignatiou, adding that “the market has the potential to become a hub for artists not just from the neighbourhood of Kypseli, but Athens in general”.