Exploring the Vibrant Markets of Athens 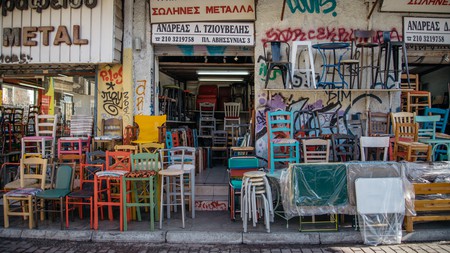 Every market in Athens has its own unique story. Get under the skin of the Greek capital’s vibrant markets and discover the authentic shopping experiences the city has to offer.

Offering everything from antiques and fresh produce to books and fashion, Athens’s best markets give visitors the chance to return home with a unique souvenir, support the local economy and meet a host of fascinating local characters. Culture Trip hit the city’s most exciting markets and met the people who make them happen. 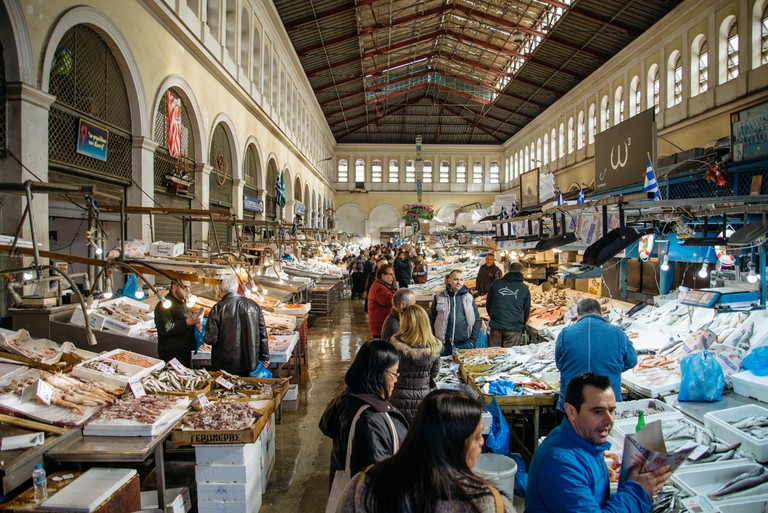 Athens Central Market, or Varvakeios as it is commonly called, is the city’s largest food market. On one side, butchers’ shop windows displaying all types of meat stand alongside fish crates brimming with the day’s catch. The other side, which is more vegan-friendly, is packed with vegetables, nuts, spices and herbs. Athenians head to Varvakeios to buy high-quality products at cheaper prices. Before the Christmas and Easter holidays, it is especially common among residents (almost a tradition) to shop at Varvakeios for the ingredients necessary for a festive feast. Filled with every ingredient used in Greek dishes, the historic food market is bursting with flavours, aromas and colours. You’ll find Varvakeios halfway between Monastiraki Square and Omonia Square on Athinas Street.

Eleonas Flea Market, widely known as The Scavengers’ Union Market, is reminiscent of the frenetic and colourful bazaars found throughout the Middle East. Every Sunday, the air is filled with the smell of grilled meat and the sound of Greek songs, as vendors lay out their wares on blankets along Agias Annis Street and inside a nearby disused warehouse. Giorgos, a seller at Eleonas Market and member of the union, says he “got the bug” 15 years ago and hasn’t missed a market since. “People of all kinds, nationalities and status swing by every week, but the ones that still attract my attention are the regulars. They come every Sunday from 6am, searching through piles of things for hours. They usually buy items that have some sort of sentimental value. For example, a book that they read in their childhood or an old record player that looks like the one their parents had,” he explains.

The antique market at Avissinias Square 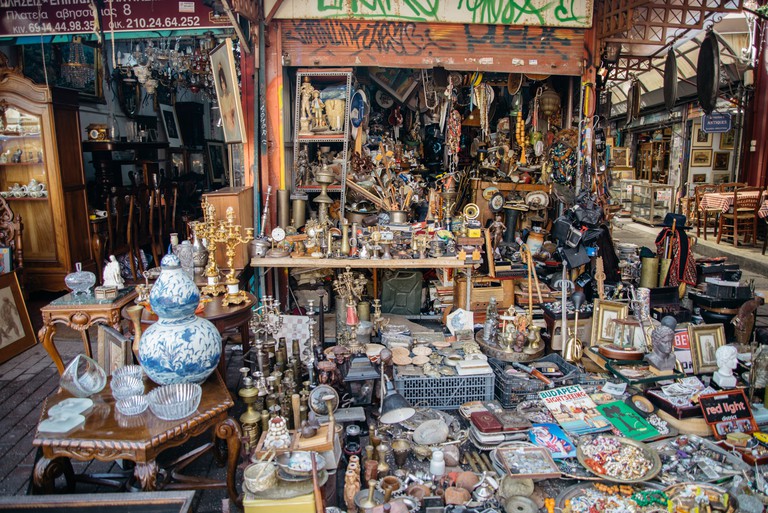 Nestled between Ifestou Street and Ermou Street, the cobblestoned Avissinias Square has been hosting an antique flea market for over 100 years. Every weekend, vendors start setting up their stalls at around 5am, filling them with old lamps, knick-knacks and porcelain dinnerware. Andreas, a 50-year-old seller who has been working at the market since he was eight years old when he would go to help his grandfather, says much has changed over the last 40 years. “At first, people would come here just to buy furniture and items in lower prices, then ‘vintage’ came into fashion and brought a new crowd,” he points out, referring to the trendy young Athenians who now frequent the market. Located in the city centre, Avissinias Antique Market attracts many tourists, but according to Andreas, it’s mostly local people who end up buying something.

Originally founded in 1935, Kypseli Municipal Market on Fokionos Negri Street reopened in 2018, breathing new life into the Mid-Century building that had been untouched for years. “Currently operating as a Market of Social Entrepreneurship, Kypseli Municipal Market is an innovative project combining a self-sufficient sustainable business model while also having social impact at its core,” points out the market’s production manager, Phoebe Konstantinidi. Aside from stores such as Wise Greece, which promotes high-quality Greek products and raises money to help people in need, and the Flower Power social florist, Kypseli Municipal Market also hosts an art gallery and cultural spaces that hold classes and workshops. Community involvement lies at the heart of the market’s mission and strategy. “The residents of Kypseli played an active role in the reopening process by participating in focus groups. We selected people from different fields, including the commercial and artistic sectors as well as grassroots citizen movements active in the area,” says Phoebe. 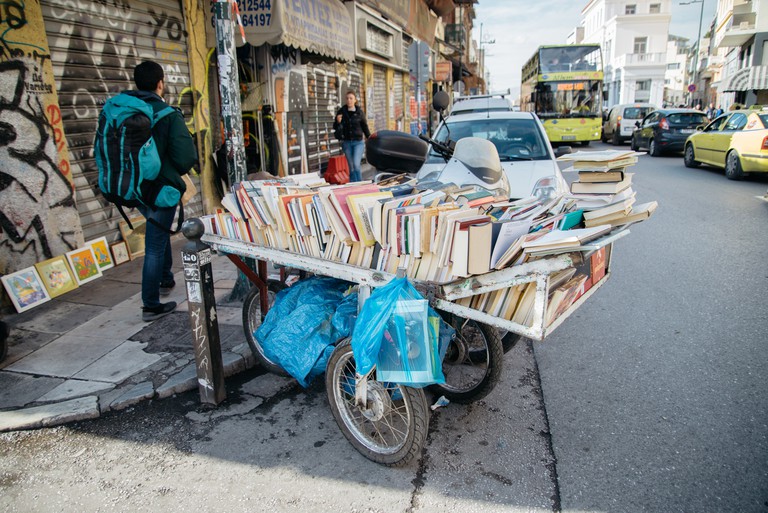 The Meet Market is a monthly market that pops up in different places around Athens. Aiming to showcase and support independent businesses, the Meet Market features organic body products, art and homeware made by local designers and artists. “We look for variety, craftsmanship, creativity and uniqueness in the various types of work that come our way,” founder and creative director Alison Damianou says, adding that the core members of the Meet Market team follow a voting process for the selection of the participants. “If most of the team likes the work, the vendor is in,” she explains. The first Meet Market was organised in December 2007 when Alison moved to Athens and couldn’t find a market similar to the ones she had visited in London and San Francisco. “I had met so many creative people during my short introduction to Athens that I knew there was a need for it. Ever since then, we have been really trying to create a market environment that has something for everyone,” she says.

Home to artists and craftspeople, Apostolou Pavlou Street in Thissio holds a special place on Athens’s shopping scene. Although not strictly speaking a market, the pedestrianised street is the perfect place to go in search of locally made artisan goods. Paintings, handmade accessories and jewellery, old cameras and memorabilia – you name it. Vendors’ stalls dot both sides of the street starting from Thissio metro station and extending for around 600 metres towards Filopappou Hill. Most sellers display their wares every day, especially in the summertime, but the number of stands increases significantly come the weekend. 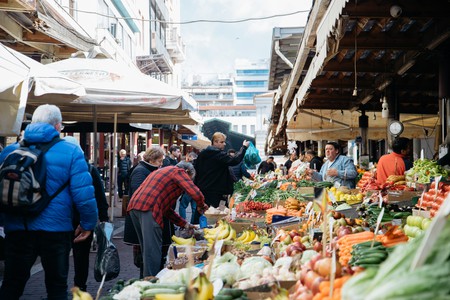 Almost every Athens neighbourhood hosts a weekly farmer’s market – known as a laiki. Stands chock-full with seasonal vegetables, fruits, herbs and spices, as well as fish and dried nuts, take over the city’s streets and welcome shoppers, who not only stock up on cheap and fresh food but socialise as they peruse the market. The Greek political leader Eleutherios Venizelos founded laikes agores in the early 20th century as an attempt to help local farmers sell their products at lower prices. Since then, the laiki agora has become an integral part of Greek society and culture. Laikes agores kick off at 7am and last until around 3pm, but keep in mind that the best produce sells out fast.