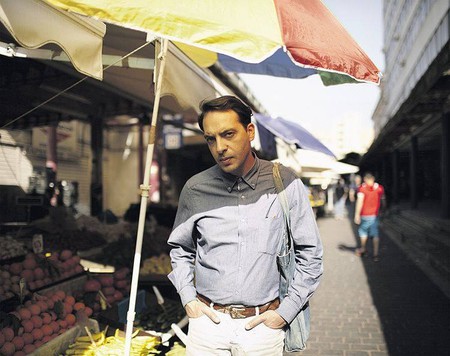 Culture Trip sits down with Kennedy Magazine founder and photographer, Chris Kontos to talk about the changing shape of Athens, the city’s cultural scene and his insider guide to the city.

Culture Trip: Why did you decide to start Kennedy?

Chris Kontos: Kennedy was conceived as an idea at a rather interesting time in both my personal and professional life. I had returned from probably one of the ‘richest’ summer holidays in recent years, which had culminated with a long tour around the Dodecanese islands. Upon returning to Athens, I realized that I would probably spend the coming winter, and beyond that, unemployed and broke. The crisis had hit the world of publishing hard and I was working for local magazines. I decided it was time to finally embark on a personal project to get me out of the depression era of Greece. I shared the idea of creating a magazine of our own with my best friend, Angelo Pandelidis. We came up with the name and we started working on layouts and ideas immediately. Everything just felt satisfying, promising and uncertain at the same time. It was an amazing feeling of liberation. 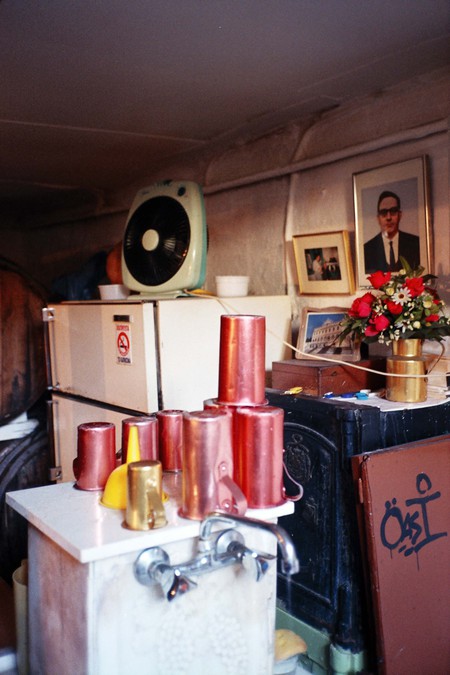 CT: What was the creative scene in Athens like when you were starting out with the magazine, compared to how it is today?

CK: As I mentioned, Greece was going through a rather hard transformation from a country of prosperity to a country of mass depression. In Athens, the local media were the first to be hit. But culturally, in the narrow sense of artistic output, things were interesting. Galleries could still produce big shows and young people were coming up with new means of personal expression. It was an interesting time, a starting point. It was probably a much more genuine time. Especially when compared to the bewildering attention Athens has gained in recent years from the European art establishment, who are interested in the country’s violent transformation from a normal country to a country under a state of lost sovereignty. I found the first reactions to this violence more romantic and true than mottos that are bandied around today, like ‘Athens is the new Berlin’. 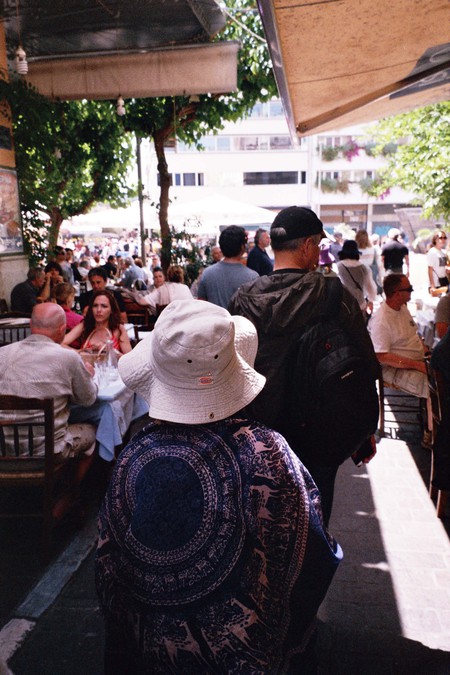 CT: What have you found to be the biggest challenges when launching a print mag from Athens, if any?

CK: The first challenge was printing and financing the whole project. The second was distribution. Athens was, and felt, even further away back then from most of the things happening in Europe. I had to come up with a plan that could work – one that could make Kennedy a worldwide success and not just a publication about the local scene. And our goal was that from day one. We were lucky to get printed by a good friend, Kostas Linardopoulos, who I had to convince hard that this little book would sell. I tried my best to send the pdf to people I knew and to shops around the world, and it worked. Issue one of Kennedy was in established shops like Colette, Ofr., Galerie Yvon Lambert and many others.

CT: What have been your favourite stories in the last issues and can you tell us a fun anecdote about how one of them came about?

CK: From the last issue, the Joel Meyerowitz interview by Cedric Bardawil is a favourite. If I have to pick one though, it would definitely be the interview with Lawrence, the enigmatic frontman of Felt, Denim and Go Kart Mozart. He was my teenage idol, and probably, at the top of my list of people that I wanted to meet and chat with. I tried a couple of times with no success, contacting a couple of fan pages on Facebook that were not directly affiliated with Lawrence, but got nothing. I had lost all hope. In the meantime, I was visiting London for another job and I was walking around Covent Garden enjoying some rare sun in the English sky. I noticed this old looking man with a brown parka and a funny plastic hat walking by me. He stopped and I realized that Lawrence, the hero of my teenage years, was staring at me.

I got my thoughts together for a minute and introduced myself. He told me he liked my tote bag. We ended up talking for a few minutes. I asked him to have a chat for the magazine while I was in town. He didn’t have a phone or email, so we promised to meet each other in a week from that day in the main entrance of the Barbican, next to the music shop. I went to our meeting with my heart pounding, a feeling of anticipation and anxiety. It was like waiting for a first date to show up. Some time passed and he hadn’t showed up yet. But then, he appeared from around the corner. He had come to say that he couldn’t do the interview that day because he had another meeting but asked if we could meet again tomorrow in the same spot. I mean, who does that these days! People just text you. Stuff like that makes me not lose my faith in people. And we did meet the next day and spent hours talking. I still remember the sterile smell of his tidy apartment and the view from his window overlooking London. It was probably one of the most interesting days of my life, and I dare say, one of the most fulfilling. 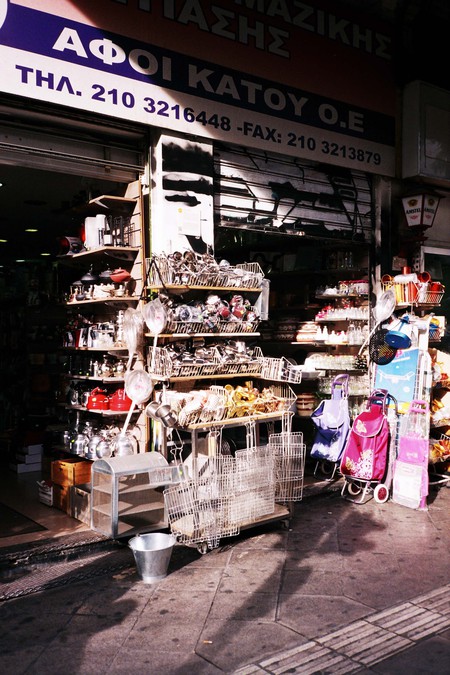 CT: How would you describe Athens and what about the city keeps you interested in it?

CK: Athens is a pastiche of too many civilizations and years of conflict in one place. You can see it everywhere: in the people, in the food, in the architecture and in its manners. It’s a cynical city because its people are cynical. It’s a place of contradiction. A place where the Acropolis simply sits on top of a hill as you walk by it every day taking it for granted. But when you stop, you realize you are gifted to be living in a special place, blessed by the gods of the past. It’s a city where you might end up having lunch on the same table Kostas Varnalis did a century ago. It’s bright, more than anything, although it has a rather dark past. That’s the charm of it. I love the simplicity of its food and just walking aimlessly around the ancient agora. The things that keep me interested in Athens are the simple things that most European cities lost along the way.

CK: Maybe Martin Parr. I would have loved to meet him here and discuss Athens. And I’m happy I did Whit Stillman in Athens, even though he is not a photographer. 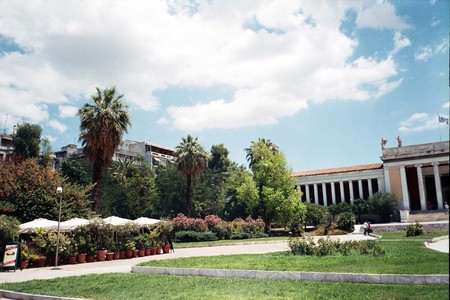 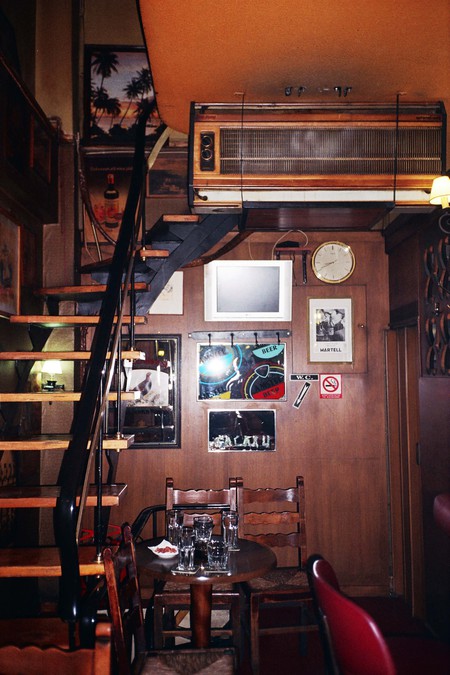 – to visit over and over again: National Archaeological Museum, Avissinias Market

– to talk to interesting people: in coffee places with older people

Get the new issue of Kennedy Magazine online and in select stockists worldwide.