Must-Buy Greek Souvenirs, and Where To Find Them in Athens 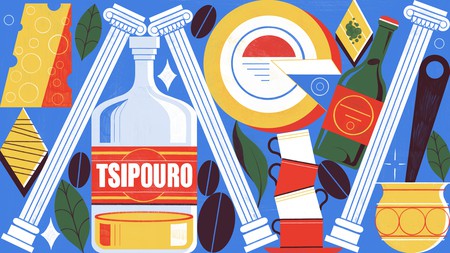 While fridge magnets and miniature models of the Parthenon are perennially popular, you might be in the market for some more authentic Athenian souvenirs.

Athens has souvenir shops everywhere. The entire area surrounding the Parthenon and Monastiraki is filled with small shops selling T-shirts, statuettes, Spartan helmets and (sometimes rather lewd) ancient Greek art. However, if you’re looking for something more memorable than a naughty fridge magnet to remind you of Athens, there’s no shortage of options, with aniseed-infused ouzo, brioche-esque tsoureki and traditional kitchenware being just a few of the souvenirs you might pick up. 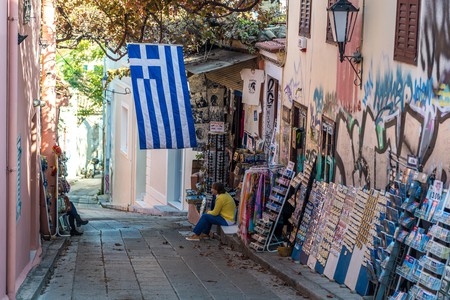 The Greek craft beer scene is on the rise. Even though commercial brands like FIX and Mythos still hold the lion’s share of the market (about 85 percent), smaller labels from all over the country are making their marks.

For its size, Greece has a pretty strong microbrewery scene, with some very noteworthy players coming from the islands. Septem (from the island of Evia), Yellow Donkey (based on Santorini) and Katsika (from the remote island of Folegandros) are just some of the must-tries! If you’re travelling with hold luggage, you should aim to bring some back with you. While many bars and shops stock these beers, the best selections are available at Strange Brew Taproom & Bottleshop (Falirou 86), Ermou Spirits Cava Pittaras (Ermou 90) and BeerShop.gr (Klitou 7).

Say cheese! Greece claims one of the world’s richest cheesemaking traditions, and it goes far beyond the famous feta. Although there is no official data to support the claim, Greece is also known to be among the biggest cheese consumers per capita worldwide. Indeed, cheese’s importance to Greece goes back to ancient times; in Greek mythology, the minor god Aristaeus gave the Greeks the gift of cheesemaking.

Thankfully, Greece remains a wonderfully cheesy destination, with a dazzling array of dairy delicacies. Do you like spicy and salty tastes? Maybe try some kefalotyri. If you’re into less savoury treats, you will love Cretan graviera. More adventurous types could try to make a pie with some anthotyro, or sample some smoked metsovone.

You should always check the rules when bringing goods from abroad, but it’s very easy to bring some cheese back with you when travelling within the EU. Just don’t forget to ask the staff to seal the package tightly! Your best options are Kostarelos Cheese Shop (Patriarchou Ioakim 30-32) and Karatzas Cheese-Butter (Athinas 57).

Athens is a bona fide heaven for people with a sweet tooth. With so many places serving tasty desserts, it’s very easy to gain a couple of pounds while in the Greek capital.

Buying a box (or two) of your favourite treats is a great way to keep some sweet memories of Athens. Classics like baklava, galaktoboureko (semolina custard in filo with a sugary syrup) and tsoureki (a type of sweet bread) are delicious and easily transportable. 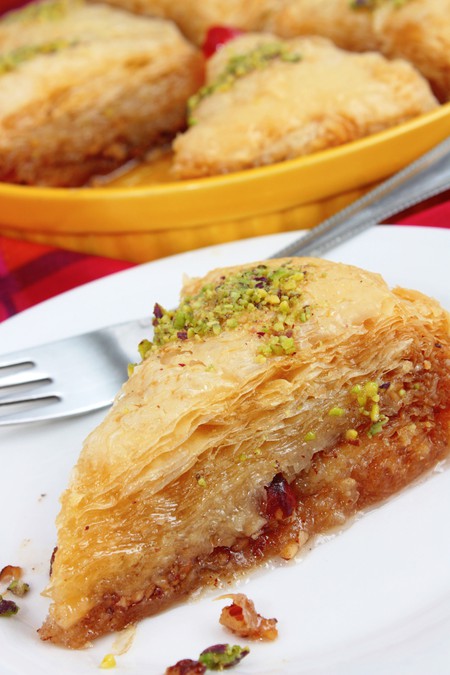 If you saw a komboloi for the first time, you’d most likely mistake it for a rosary. Yes, both of these objects are strings of beads and might have originated in monasteries, but the komboloi doesn’t have any religious significance.

Greeks use these ‘worry beads’ to, well, cast their worries away. Just think of the komboloi as a very ancient fidget spinner.

You shouldn’t have an issue finding various komboloi designs in areas such as Plaka or in a speciality store like Kombologadiko (Amerikis 9). 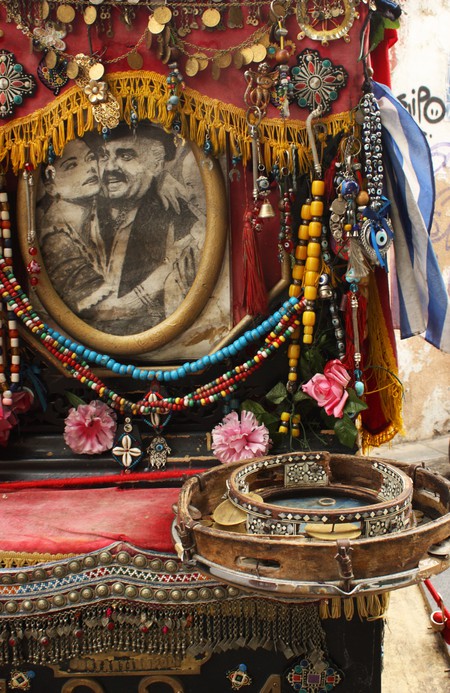 Are you still stressed despite the komboloi in your hands? Throw a few bottles of Greek spirits into your luggage.

Of the many Greek spirits, ouzo reigns supreme. It’s made with distilled anise oil and is known for its liquorice-like taste and white colour when mixed with water.

Although ouzo is the most popular spirit, wine lovers might prefer tsipouro. Believed to have originated in Greek Orthodox monasteries, this unique drink is made by distilling the residue left in wine presses.

Whatever drink you’re interested in, you’ll probably find it at the highly reviewed Ermou Spirits Cava Pittaras near Monastiraki metro. You can also visit Cellier Syntagma Wine near Syntagma Square.

From ancient times, music has played an integral part in Greek art and social life. The most authentically Greek instrument you could bring home is the lyre – a stringed instrument associated with the god Hermes. Other popular souvenir choices include flutes and panpipes, or even a miniature bouzouki – an instrument closely connected with modern Greek history and still heard in tavernas across the country. 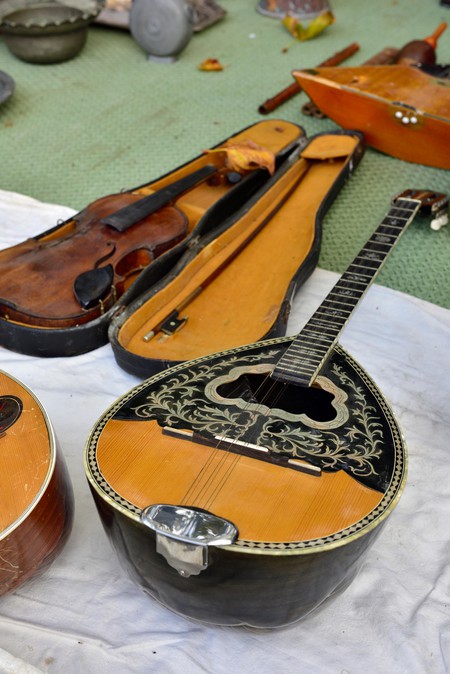 If you like a strong cup of java made with extremely fine coffee grounds, then grab a bag of Greek coffee. It’s a rich and refreshing beverage perfect for social get-togethers.

For those who want the full Greek coffee experience, consider investing in a demitasse cup set and a traditional boiling pot called a briki. You should also pour the grounds into your coffee cup and let them settle before drinking.

There are many hip coffee shops in Athens, but if you’re looking for the authentic Greek coffee experience, you can find it at Loumidis Coffee Shop (Aiolou 106).

You could buy dried oregano at any supermarket, but there’s something special about bringing home Greek-grown herbs. Consider buying high-quality dill, rosemary or saffron to add some Greek flair to your culinary creations.

The best place to start your search for herbs is at a farmer’s market like the Laiki Farmer’s Market in Kallidromiou. Other fantastic spice shops include Elixir Spices and Herbs (Evripidou 41) and Bahar (Evripidou 31). 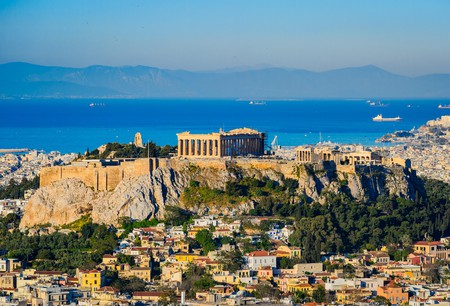 When all else fails, a Parthenon fridge magnet won’t fail to remind you of a wonderful trip to Athens | © Christian Draghici / Alamy Stock Photo
Give us feedback