In the centre of Athens, there is a neighborhood where you can encounter people from all walks of life. From punks, street musicians and extreme leftists, to students, writers and old couples, Exarcheia is the meeting point of a colorful crowd who will carry you away to nights of bohemia and illusion. 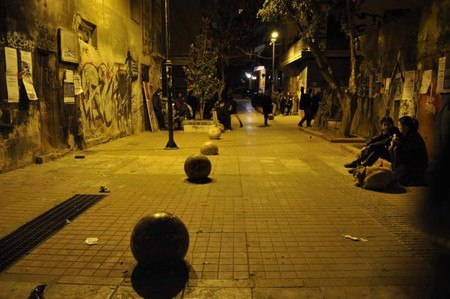 The district of Exarcheia was created between 1870 and 1880 in the confines of the city. At the beginning of the 19th century it was inhabited by craftsmen from Cyclades. In the mid 19th century the first departments of the University of Athens were housed in the area, and it began to be frequented by students and intellectual people. It was at that point that Exarcheia became the base of political conversations and rebel actions against anything oppressive, and in 1973 students were part of an uprising at the university. Even today, conflicts between locals and policemen are common in this part of the city. Violent incidents have created the misconception of a ghetto. But anyone who has taken a closer look without prejudice at the neighborhood knows that Exarcheia is much more than that. 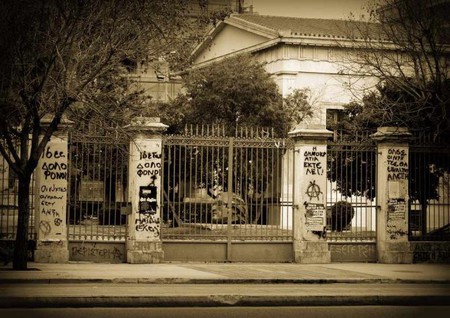 Many important people in the arts have also lived in Exarcheia. Poets, theater directors, politicians, actors, composers and singers have always preferred this district. The presence of intellectuals but also the intense politicization that prevails in Exarcheia led to the presence of many bookstores, printing companies and libraries. 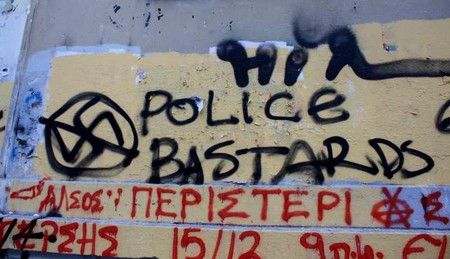 Today, the historical café Floral keeps hosting various cultural activities. Ginger Ale, with its vintage décor, is ideal for a morning coffee or an evening drink. Kavouras, the well-known rempetadiko plays old fashioned Greek music and is always full of young students who enjoy wine and dancing at good prices. 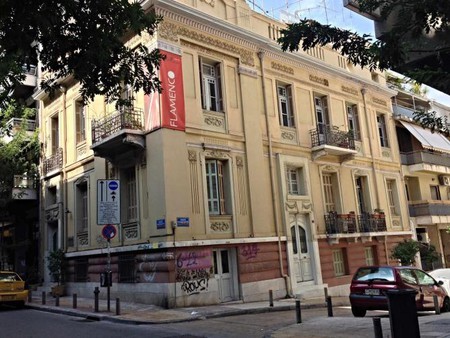 Bars with rock music, small restaurants with homemade food, vinyl record shops and solidarity communities form the particular culture of Exarcheia, attracting different kinds of people from day to night. It is usual to see an old couple taking a walk in the square next to a group of punks who were playing music on a Sunday morning under the proud hill of Strefi.