Delos: The Sacred Island Of Apollo In The Cyclades

In the center of the Aegean Sea, there is a deserted city that still holds the signs and the aura of an ancient time. Unlike the usual sadness that often comes with the remains of old civilizations, this city makes you look around again and again, admiring every rock, every flower, and every little path. Even after all these years, Delos remains awash with light and sun. 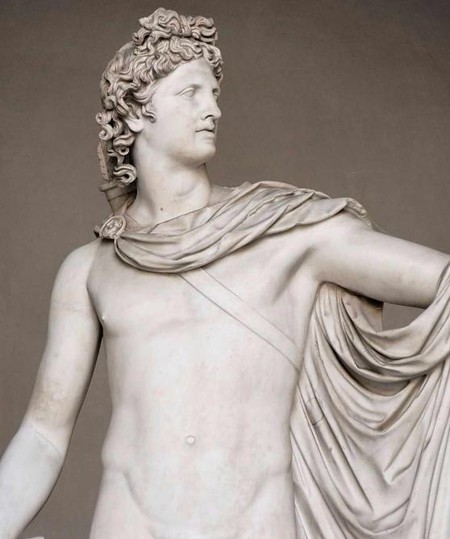 In ancient Greek, Delos means ‘something that can be seen.’ The island got its name because it was seen coming out of the waves. According to the myth, Leto, one of Zeus’ lovers, was about to give birth to Apollo and Diana, but Hera, Zeus’ wife and Queen of the Gods, hunted her down. She was upset once again about the secret affair her husband was having and ordered that no land would accept Leto when she was about to have her babies. Zeus asked his brother Poseidon for help. The god of the sea touched the waves with his trident, and there it was — a small island full of rocks that came out of nowhere in the middle of the Cyclades. It was on this island where Leto finally found shelter and brought to light the two new Gods of Olympus. 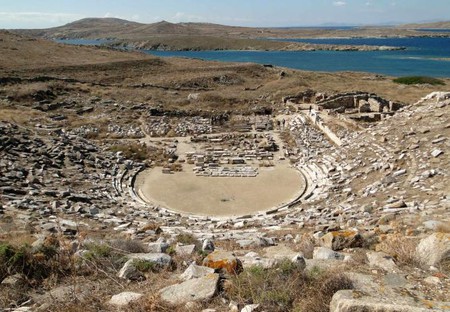 The 3rd millennium BC is when the island saw its first settlements. In 1000 BC, the Ionians arrived at the island to spread the worship of Apollo. In 700 BC, Delos became the greatest religious center, dedicated to the young god of light and music. The number of pilgrims that visited the island set the basis for its development into what would become a big commercial port. 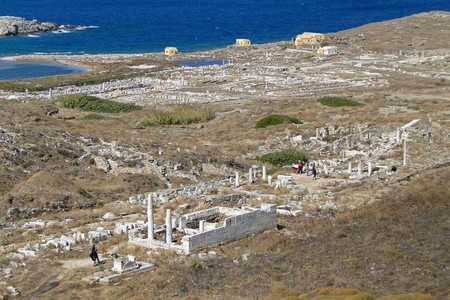 During the Persian Wars, this sacred land lost its power, and the religious ceremonies lost their importance. After the defeat of the Persians, however, Delos acquired its religious significance once again. The island became the natural meeting place for the Delian League, founded in 478 BC. The league’s common treasury was kept there as well until 454 BC when Pericles moved it to Athens. 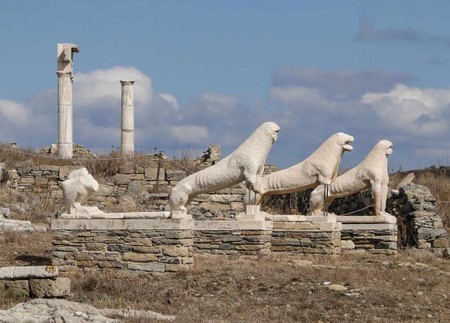 Terrace of the Lions | © Bernard Gagnon/WikiCommons

In 166 BC, the Romans converted Delos into a free port. Roman traders came to purchase tens of thousands of slaves captured either by the Cilician pirates or in wars. In 88 BC, Delos was attacked by the troops of Mithridates VI of Pontus, a staunch enemy of Rome, who killed some 20,000 of the resident Romans. Another devastating attack by pirates took place in 69 BC. Since 1872, the French School of Athens has been excavating the island, revealing all of the important monuments. In 1990, UNESCO put Delos on the World Heritage List, citing it as the ‘exceptionally extensive and rich’ archaeological site that ‘conveys the image of a great cosmopolitan Mediterranean port.’

Nowadays, admirably well-preserved ruins of one of the largest, most significant, and best-organized ancient Greek settlements are located in Delos. The Archeological Museum, erected at 1904 contains nine galleries. Six of them include the sculptures found on Delos, considered one of the best collections in the world. There are also two halls exhibiting prehistoric pottery and miniatures found in the ancient homes of Delos. Once there, make sure you visit The Minoan Fountain and the several market squares. Also worth a visit is The Temple of the Delians dedicated to Apollo, a classic example of the Doric order, and the The Terrace of the Lions.