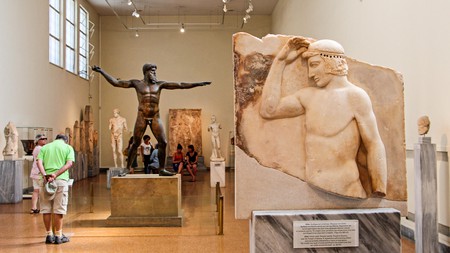 CAN gallery founder Christina Androulidaki offers her take on Greek art – from the most exciting emerging artists to groundbreaking creatives from history – and where to find it in Athens. 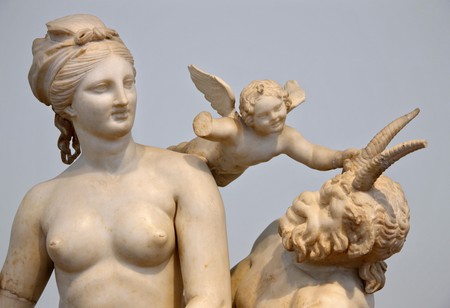 Statues of Aphrodite, Pan and Eros are among the treasures housed in the National Archaeological Museum of Athens | © Hercules Milas / Alamy Stock Photo

The Athens art scene is remarkable in its duality: cutting-edge contemporary art spaces exist side by side with the city’s famous ancient architecture and established museums. Underpinning this dynamic creative landscape is a strong community of artists, curators and artistic foundations, championing the scene in its diversity.

Gallerist and curator Christina Androulidaki has been involved in the Athenian art world for 14 years. After studying in London and working in Venice, in a bold move she opened the contemporary art-focussed CAN gallery in 2012 “in the midst of the financial crisis in Greece”. Compelled to create her own art space, she saw the endeavour as part of a wider duty for her generation: “We owed it to ourselves to come to Athens and work beyond any hardships, creating our own platform for the arts.” Her resolve is indicative of the determined attitude characteristic of a new wave of artists and curators, who have reinvigorated the Greek capital’s creative scene.

In Androulidaki’s experience, Athens’s evolving art scene “is extremely lively with art openings and events happening almost every night. It’s very easy to meet everyone and mingle with the crowd.” That’s certainly evident when you scroll through the numerous listings on CURRENT Athens, an online platform for the promotion of contemporary art. It’s even more apparent if you attend an exhibition preview, artist’s talk or art fair – the sheer number of people in attendance confirms popular support for the local scene. The number of large-scale events that take place in the city, such as the Athens Biennale and the annual Art Athina, stands as a testament both to the creativity of the local artistic community and to the public appetite for such events.

While Androulidaki is passionate about independent galleries and the emerging generation of young Greek artists, she insists that the Greek capital’s most famous museums, far from being staid, are world-class and remain must-visits.

“Go to the major museums like the Benaki and the Museum of Cycladic Art, which always have amazing temporary shows,” suggests Androulidaki. The Benaki has three sites: the original Benaki, housed in a Neoclassical family mansion in Kolonaki, home to an array of Byzantine artefacts; the Museum of Islamic Art in Keramikos; and 138 Pireos St, showcasing contemporary art. The Museum of Cycladic Art has an exceptional collection of ancient art from the Cycladic islands, while the National Archaeological Museum, somewhat of an unsung hero on the city’s landmark museum line-up, has the largest collection of Greek antiquities in the world. 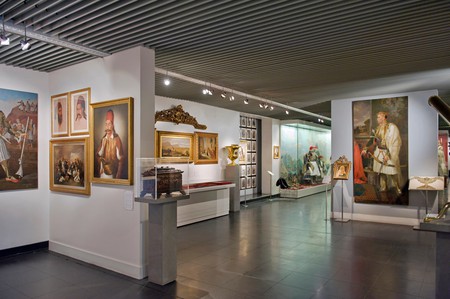 Speaking about the unique qualities that drive her interest in the Athenian art scene, Androulidaki says she is inspired by “discovering new work, or even older work by historical artists who have been overlooked”. Though she “wouldn’t say there is a specific theme, style or motif that is predominantly ‘Greek’ in Greek art”, she namechecks some Greek artists who have been pivotal, in her opinion, at particular moments in time. One that stands out for her is Dimitris Condos (1931-1996), who was “one of the first artists to leave Greece for Rome in the late ’50s [together with Tsoclis, Caniaris, Gaitis and Kessanlis] and on his return committed himself mostly to abstraction, a scarce genre among Greek art at the time [and still today]”.

Another one of her favourites is Celia Daskopoulou (1936-2006), who Androulidaki describes as a “bold and groundbreaking painter” known for self-portraits and pictures of women in a “crude, overstated, anti-naturalistic” style. They “reflect emotional states or comment on the conventional roles of women”. Androulidaki laments the fact that, although she was relatively well known in the Athenian art world at the time she created her most important pieces, she was “soon forgotten and completely omitted from Greek art history”. “Discovering her work years after her death was as exhilarating,” she explains.

Many of Athens’s most interesting art happenings connect the past and present, with historical sites and buildings serving as backdrops for contemporary exhibits, installations and events. Androulidaki confirms this trend, highlighting NEON as an “organisation that always has something interesting on, and always in a different space”. This arts organisation aims to bring contemporary culture into the public realm through staging exhibitions, site-specific work and installations in unexpected spaces. Previous shows have taken place at the National Observatory of Athens, a Neoclassical residence in the centre of the city, and even on the island of Delos – the mythological birthplace of Apollo. 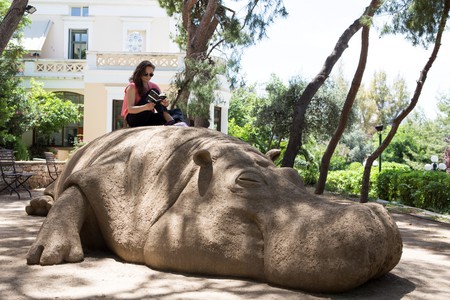 The Greek islands, being blessed with so much natural beauty and light, have also become a setting for exhibiting art, Androulidaki points out. “If you happen to visit during the summer, go to Hydra and look out for DESTE Foundation’s Slaughterhouse,” she says, referring to the organisation’s impressive renovation of an isolated slaughterhouse to create a unique art space.

“Other than that, get an Athens Art Map and hop from gallery to gallery to discover what you like. Don’t be intimidated, and dare to ask gallery staff about what is happening, what this week’s openings are and what is hot. The best way to discover a city is by asking local people, and often, the best things can only be discovered by recommendation,” says Androulidaki. 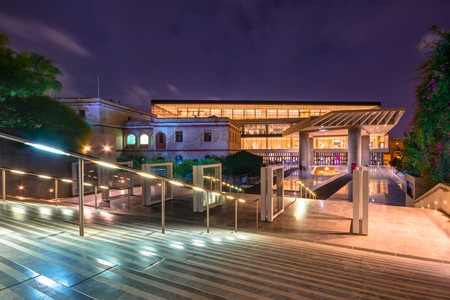 Visual artists whom Androulidaki recommends “keeping a close eye on” include photographer Petros Efstathiadis, known for his staged assembly of idiosyncratic objects that are loaded with social and political meaning. Another Greek artist she names is Manolis D Lemos, who works with a variety of media and references social struggles endemic to Greece. A graduate of the Athens School of Fine Arts, he has exhibited at the Serpentine in London and the National Museum of Contemporary Art in Athens, and has completed a residency at the Pavillon Neuflize OBC of Palais de Tokyo.

Androulidaki is optimistic about the future of art in Athens. Remarking that “the future is not something we enter, but rather something we create”, she encourages people to invest in art and discover “how empowering it is to create collections, little by little, without a huge budget”. This outlook – placing emphasis on accessibility, individual empowerment and the public’s role in the development of the art scene – seems fitting for the city known as the home of democracy.