A Walking Tour of Central Athens 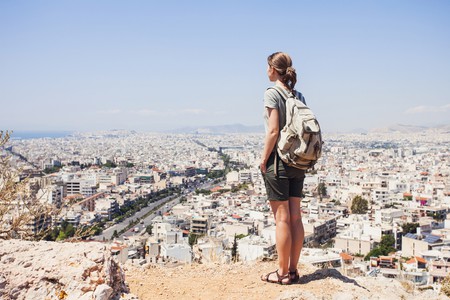 The best way to discover central Athens is undoubtedly on foot. A walk through the Greek capital encompasses antiquity, counterculture and street art, and peaks with panoramic views.

While Athens has a fairly extensive transport system – including a metro, buses, trains and trams – its centre is best explored on foot. Walking through this manageable downtown area, which centres around the Acropolis, introduces you to the Greek capital’s multifaceted personality.

If you only have one day to explore Athens on foot, this itinerary takes in ancient architecture, tranquil terraces and some stellar souvlaki.

Start with an iced coffee on the slopes of Acropolis Hill

Chances are that ancient history is high on your list of things to experience in Athens. Get ready for some historical adventures with an iced coffee at the charming Little Tree Books & Coffee, located next to Akropoli metro station – sit at one of the little wooden tables perched outside on the slope that leads to the Acropolis. Grab a tiropita (cheese pie) from one of the surrounding bakeries and head up the hill.

Wind your way up to the Acropolis

Panagiotis Michalopoulos, who has a doctorate in archaeology from the National and Kapodistrian University of Athens, says: “The Acropolis and its museum are the easiest and most accessible way for newcomers to get an insight into classical Athens. It reflects the history of the sacred hill while it captures aspects of the life of common people [at the time], entangling the public with the private, the monumental with the humble.” 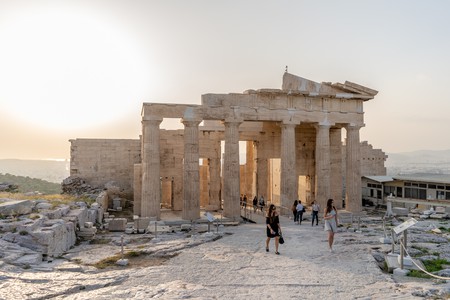 After exploring the world-class Acropolis Museum, enter the archaeological site itself – circle your way up the hill, stopping at the Theatre of Dionysus, and then on to the Parthenon. 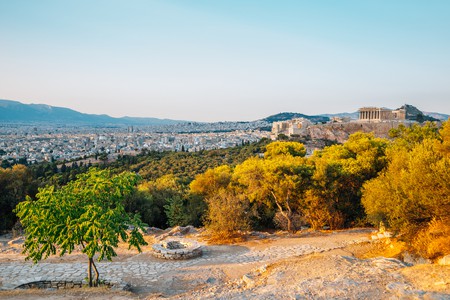 Afterwards, make your way up Filopappou Hill. At its peak, you’ll find a monument erected to the provincial Greek official under Roman rule after whom the hill is named. The summit also offers the best head-on views of the Acropolis, the city of Athens and the surrounding hills.

Grab a bite in Monastiraki and wander over to Syntagma

Walk back down the slopes via Thissio, past the Ancient Agora, through Monastiraki Flea Market and into the modern city. If you’re feeling hungry, O Thanasis is a well-established souvlaki joint, or if you want to try an experimental twist on a Greek classic, there’s Indian souvlaki at Mirch on Ermou Street, where you’ll also get stunning rooftop views. 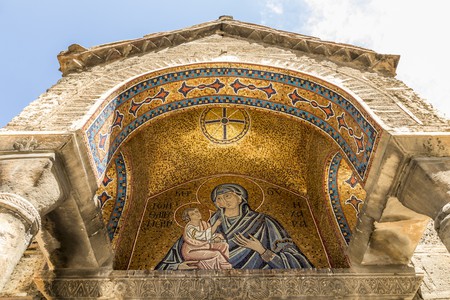 From here, make your way up to Syntagma, and along the way, you will find the Church of Panagia Kapnikarea, set in the middle of a small square of the same name. Pop your head in here to take in one of the oldest Greek Orthodox churches in the city and admire the Byzantine architecture. 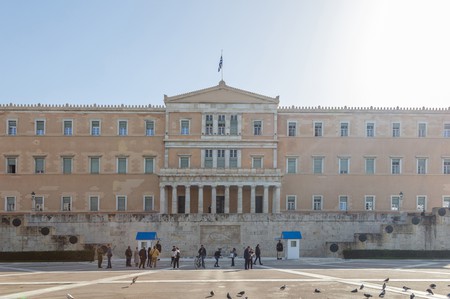 Once you’ve reached Syntagma, pass by the Hellenic Parliament and the nearby grand hotels onto Panepistimiou – a grand central boulevard named in honour of the university – which is home to some of Athens’s most impressive Neoclassical buildings dating from the 19th century.

Discover a city of books and revolutionaries

Once you arrive at the university buildings, head onto Asklipiou to find the huge Politeia bookshop – a labyrinthine complex of rooms with genres spanning political theory and Cavafy to Jane Austen, in Greek and English. This area between the Panepistimio metro station and the neighbourhood of Exarchia is packed with bookshops, so spend a while exploring. 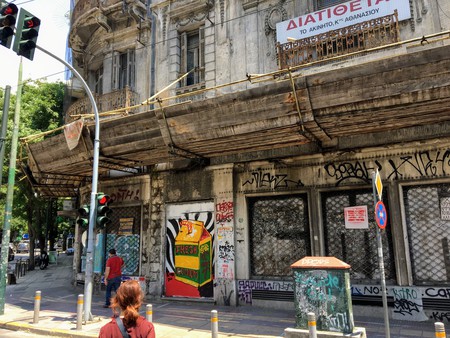 As you follow the trail of bookshops into Exarchia, take a second to think about this important neighbourhood. Historically known for leftist and anarchist politics, this haven of counterculture and multiculturalism holds a vivid place in the Greek imagination – this is in part because it’s been the site of anti-government protests. An anarchist who prefers to remain nameless but whose old haunts are in the area tells Culture Trip that “Exarchia is a political place with some cool bars, and like any other neighbourhood, it belongs to its people,” referring both to the frequent protests and to the many social projects that demonstrate the high engagement of the local population.

Once you’ve walked around the main square, head west to Metaxourgeio. This vibrant neighbourhood epitomises the oft-heard claim that “Athens is the new Berlin,” which is partly due to the city’s street-art scene. Local artist Chris Andthepeople particularly recommends checking out Owl of Athens by WD (AKA Wild Drawing). Owls are a symbol of wisdom and the goddess Athena, but the artist also found hope in the creature’s capacity to see at night, linking it with the darker phase Greece has been traversing in recent years. “Destruction can always bring something new; economic destruction can bring great graffiti to the art world,” Chris Andthepeople says of the piece. 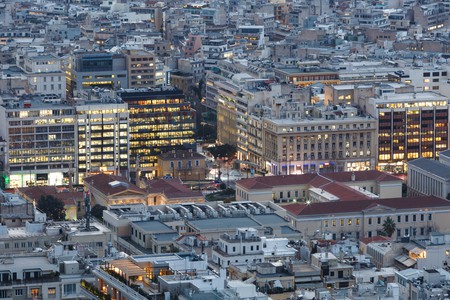 To finish off, walk over to Astor Cinema back at Panepistimio. The cinema first opened in 1947 and closed in 2005, before reopening in 2015. Athens-based film reviewer Danae Dalla says, “It’s a great spot for art-house films. It’s a small movie theatre, which often hosts film festivals and screens old Greek cinema that is harder to track down. It supports contemporary Greek artists outside of the mainstream – for example, those associated with the so-called Weirdwave.” Before catching an independent movie, be sure to hang out in the cinema’s charming foyer, where you can enjoy a coffee with a book, magazine or newspaper from the in-house library.