A Tour of Modern Greek Architecture in Athens 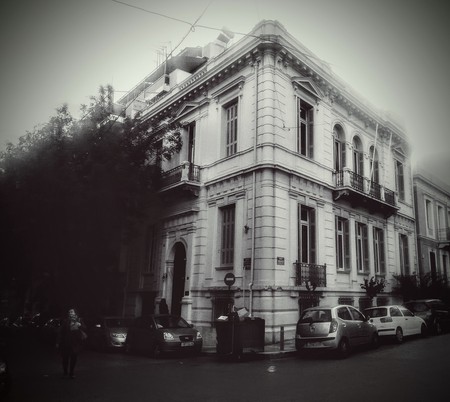 Let’s agree on one thing right away – Athens is no Rome, Vienna or Paris. No portion of the city has been undamaged and unchanged for any long stretch of time; apart from maybe Plaka and Anafiotika, the rest of the city is relatively new – and probably to many, relatively ugly. But the most interesting feature of Athens is that you can still find beauty in its unkempt appearance; strolling around in the center or in neighborhoods like Exarcheia, Kypseli, Metz, Metaxourgeio or Koukaki allows you to see a melting pot of architectural features. Stroll around with us and discover the characteristics of modern Greek Architecture in Athens.

From 1834 up to the 1920s, neoclassicism was the main architectural style in Athens. It was at that time that the city was ‘outside’ the borders of the historic center. Neoclassic architecture stems in the movement of the same name – neoclassicism – dominated by a return to the ‘purity’ and ideal of Ancient Rome and Ancient Greece. The idea was prevalent in Western Europe and brought to Greece via German architects, who came to Athens in the 1830s (don’t forget that Greece’s royal couple were from Germany) to design the new city. Even though many of the neoclassical buildings were destructed during the war period, many neighborhoods of Athens are still home to stunning examples of this style, though some remain in bad condition.

Art Nouveau didn’t have a major impact on Athens, though to some extent mostly among the Greek bourgeois coming from abroad – namely Egypt, Constantinople/Istanbul or Smyrna in the 1920s. The Art Nouveau-style mansions and buildings sparsely dotting the city brought a new refreshing air to Athens, and today there a number of examples left intact.

The modern movement is characterized by buildings with more than 2 or 3 floors, sometimes reaching six floors. The buildings often include bays (erkers), circular and corner windows and accentuated facades. Some present modernistic architecture elements from the Bauhaus and art deco movements as well.

The post-war period covers roughly the 50-year span from 1950-2000. During this time, the population of Athens grew exponentially, which translated into a dire need for housing to accommodate its new citizens. It was at that time that architects started using marble on the entrances and facades of the buildings. Around 1960-1975, called the reconstruction period, a rise of impersonal architecture was seen, mostly notable in newer neighborhoods. The discovery of concrete technology and the flexible construction sector led to the construction of polikatoikia (multilevel residential buildings). More recently, architects started to construct outstanding public buildings, mostly contributing to the amalgam of old and new buildings all around the city.