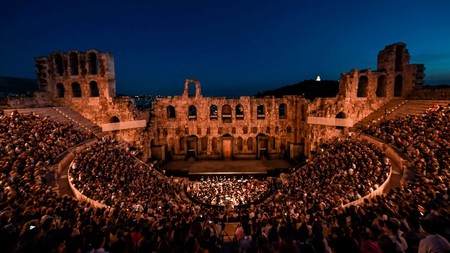 The Odeon of Herodes Atticus was constructed during the Roman period, and now hosts regular concerts | © ARIS MESSINIS/ Getty Images

Athens’s music scene is as varied as it is vibrant, with iconic amphitheatres standing alongside contemporary concert halls, community spaces and news clubs. Local record label, DJs and radio hosts Black Athena share their favourite music venues in the city.

Black Athena are two musical polymaths based in Athens whose incarnations have spanned myriad musical projects. As one half of the duo, Jo, sums it up: “DJing, putting on events, hosting specialist radio, working with festivals, setting up a label… all of it under the umbrella of Black Athena.” These mainstays of the local music scene told Culture Trip their top picks for places to experience live music in Athens: from world-class musicians in ancient amphitheatres, to experimental music at legendary clubs. 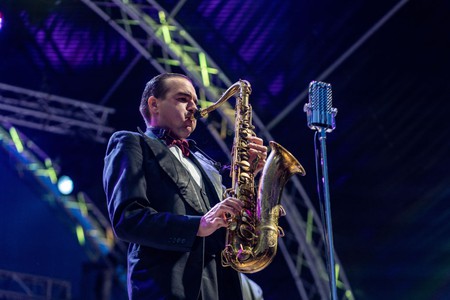 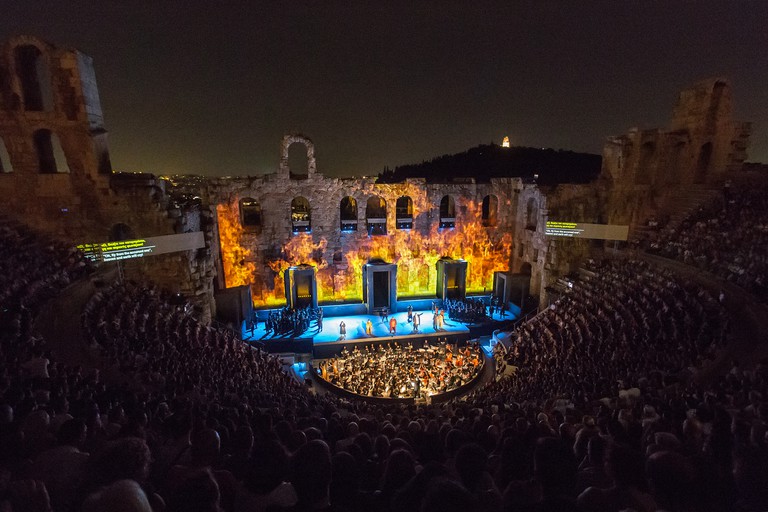 One of the most magical places to experience live music in Athens is without doubt the Herodeon on the southern slopes of the Acropolis. At this unique outdoor venue, you can expect to see exceptional musicians such as the “greatest solo cellist in the world” Yo-Yo Ma, the Greek National Opera, and pianist Yuja Wang, to name but a few. Tickets sell out fast for this ancient theatre where audiences fight it out to grab their spot on the tiered stone seating. Constructed during the Roman period, between AD 160 and AD 174, the Herodeon has a capacity of 5,000 spectators. Most of the events offer subtitles in English.

Temple in Gazi, according to Jo, “has been building a reputation as a very tasteful, experimental avant-garde space on the live electronic and DJ circuits in the last couple of years.” This year saw UK techno producer James Ruskin sharing the bill with local DJs such as Morah. This up-and-coming Athens rave space is a multifunctional black and white venue, which also hosts label showcases, and marathon 12-hour combined concert and club nights.

When speaking about the quality of festivals happening in Athens, Jo comments that the team behind Plissken Festival have put on “not only an excellent festival in Athens now for almost a decade, but have also been supporting the winter and summer editions (of the festival) with interesting, sporadic live events.” Stellar line-ups have included the “incredible electronic producer and Werkdiscs owner Actress” at the Megaron, and dance music prodigy Floating Points. Alluding to the evolution of Plissken, Theodora Karakass, one of the event managers for the festival, says that apart from music, they curate “other events throughout the year” including “all types of venues and stand-up comedy with international comedians.” On the theme of festivals, Jo reveals that iconic acts are “usually found (on the line-up) at events like Ejekt, where The Cure headlined this year, or Release, which brought old-school heavy hitters like Iggy Pop and New Order.”

For live jazz, Jo rates the “quality of live productions” at the Onassis Stegi, where the events programme “consistently brings interesting jazz and jazz-related artists” to the city, as well as the Greek Jazz Festival. The contemporary venue has an 880-seat amphitheatre with excellent acoustics, and a number of open spaces over the building’s sixteen levels that regularly host art exhibitions and installations.

“Venues like Half Note also bring an interesting and ever changing roster of jazz-related music,” Jo explains. Legends like Dexter Gordon have graced the stage, but you can also hear “some soul and R&B, one of the rarest things in Athens historically.” This authentic club in downtown Athens has a warm atmosphere, and a seasonal programme featuring Greek jazz musicians alongside international names that all jazz fans will know.

Music Venue
Facebook
Email
Twitter
Pinterest
Copy link
Share
Map View
Gagarin, known for its countercultural spirit, opened its doors in 1961. Today, Jo says it’s a great place if you’re in the mood for “a medium-sized gig” where you can see a range of acts from punk performer Lydia Lunch to American post-rock band City of the Sun. Even though it’s a larger venue, it still retains an underground atmosphere – and suitably lively audiences.
Open In Google Maps
205 Liosion, Athina, 104 45, Greece
+302114112500
Visit Website
Give us feedback

For a larger venue to catch a big-name act, Jo considers Piraeus 117 Academy to be a safe bet. Centrally located, with killer acoustics and inexpensive drinks, it’s within walking distance of Kerameikos metro. The concert hall often hosts the city’s hottest music and cultural events, including Sonar Athens. 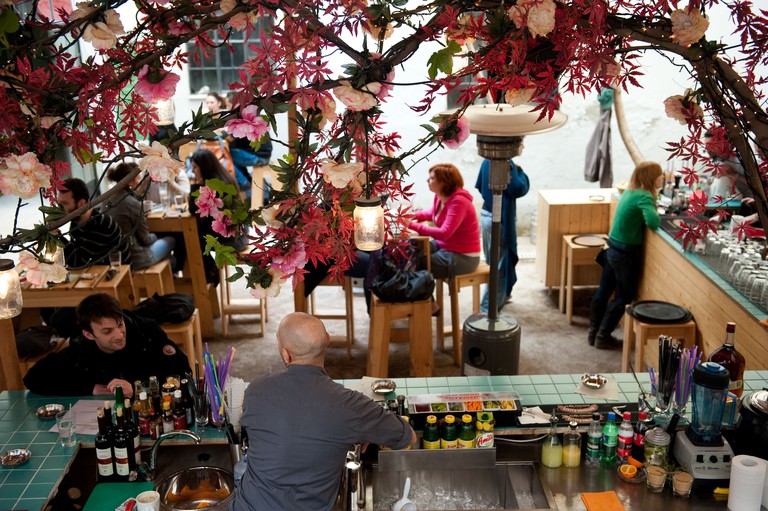 Athens’s six d.o.g.s is a club, bar and gallery | © Georgios Makkas / Alamy Stock Photo
A hip all-day and all-night venue that’s made a name for itself internationally, six d.o.g.s. presents “a consistent roster of live gigs of up-and-coming and semi-established bands, both local and international.” The downtown venue includes a spacious open-air garden bar, and a legendary club space that puts on an eclectic range of late nights from techno to experimental indie gigs.
Open In Google Maps
6-8 Avramiotou, Athina, 105 51, Greece
+302103210510
Visit Website
Give us feedback

If you like the idea of discovering a “smaller venue that supports the local scene,” Jo namechecks Latraac, with its defining feature being its location in a skate bowl. Jo confirms that the community space designed by skater and architect Zachos Varfis was “built by hand, making it totally unique to Athens.” It’s located in Kerameikos, where, she shares, “a lot of artists have taken up residence, so it has quite a cosmopolitan atmosphere.” It’s not unusual to come across an up-and-coming local act here on the brink of big things.

Tucked away in the upscale coastal neighbourhood of Glyfada is this unassuming spot, which Jo says “has regular DJs playing music across the board.” Mosaiko’s dark grey interior fuses urban chic and retro decor, standing apart from the flashier café-bars typically found in the area. Though it’s a small space that attracts an intimate crowd of music lovers, there’s plenty going on here. Jo mentions that, “Live PAs and pop-up record stores are just a few of their myriad projects,” as well as local acts and some international bookings, including the likes of London DJ and producer Alexander Nut. Don’t miss out on the bar’s charming backyard – the ideal spot for kicking back with a cocktail during the summer.