A Guide to Exploring the Best Sites of Byzantine Athens 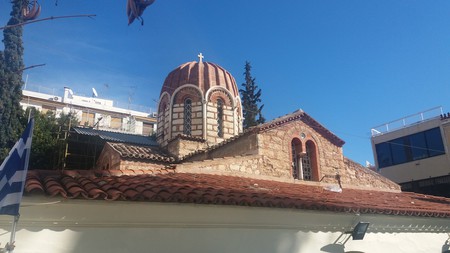 You may not normally think of Byzantine art and architecture when considering visiting Athens and Greece in general, but you may be surprised to find out that Athens is filled with stellar examples of Byzantine architecture. Here is a guide to Byzantine Athens.

First off, start your discovery of Byzantine art at the Byzantine and Christian Museum, located on Leoforos Vassilissis Sophias Avenue. Housed in Villa Ilissia, which was built in the mid-19th century for the Duchess of Piacenza, the museum focuses on the art and architecture of the Byzantine period. It also features a wide collection of sculptures, paintings and other artefacts from that period, dating from the 3rd century AD all the way through medieval times. It also features a delightful garden café for replenishing your energies.

Churches and monasteries in the center of Athens

After your visit, walk to the center of the city to visit your second destination on Aiolou Street. Finished in 1892 after the Greek liberation, the Panagia Chrysospiliotissa (known alternately as the ‘Virgin of the Golden Cave’ or Church of the Virgin Mary) is located on Aiolou Street, the main pedestrian street connecting the Monastiraki and Omonia neighbourhoods. Destroyed during the Siege of Athens, it was later rebuilt after many delays on the same site where stood a previous church. While making your way down to Ermou Street, you can also admire the Agia Eirini church, which dates from the same period. 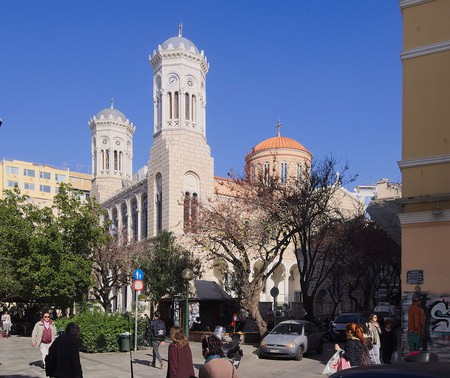 Panagia Chrysospiliotissa (‘Virgin of the Golden Cave’ or Church of the Virgin Mary) | © C. Messier/WikiCommons

On Ermou Street, the shopping artery of the center, walk back toward Syntagma, where you will stumble on Kapnikarea Church, a Byzantine domed church dedicated to Annunciation of the Virgin. Built in 1050 on the ruins of an ancient church dedicated to Athena, the current church bore many different names. The church is built according to a cruciform structure and was nearly destroyed because of its location in 1834.

From there, head straight to Mitropoleos Square, where you will come across the beautiful cathedral. The new cathedral was built between 1842 and 1862, and combines neoclassic and modern Byzantine elements. Right next to it is the old or little Metropolis church, a 12th-century building still bearing ancient and medieval ornaments and sculptures. 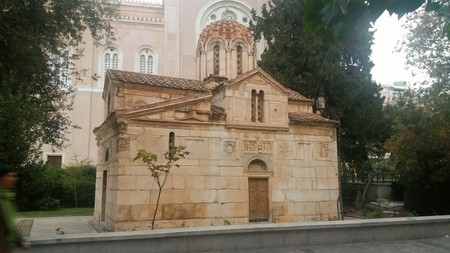 If you head down to Monastiraki from there, you will find a familiar place. Monastiraki Square houses one of the most ignored churches, the Pantanassa Church, opposite the metro station. The current seems to date from the early 17th century and was built over an older monument. Serving as the catholicon of a women’s monastery, the church declined and was later rebaptized Monastiraki (small monastery), and gave the name to the area.

Making your way to Anafiotika, you may stumble across several Byzantine churches. One of these is the church of Agios Nikolaos Ragavas, a church built in the 11th century. It belonged to the Ragava family, a notorious family from Constantinople, which bequeathed to the world Byzantine Emperor Michael I. Restored in the 18th century and in the 1970s, the church was the first in Athens to receive its bell after the War of Independence (1821). 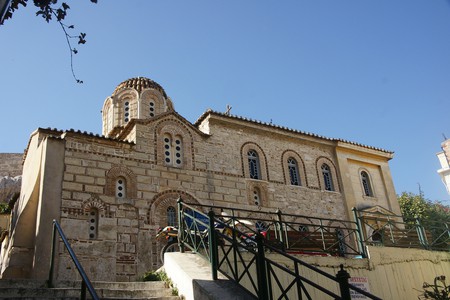 Panagia Chrisokastriotissa is another church you may find while in the area. The origin of the name is uncertain, but the church was built in the 12th century on an ancient sanctuary dedicated to the goddess Hestia. Throughout the centuries, the church has suffered a lot of damages, notably during the War of Independence in 1821. Tradition has it that before the Revolution, a candle must be lit in front of the icon of the Panagia (Virgin Mary), a tradition that is still respected today, since the icon is believed to miraculous. 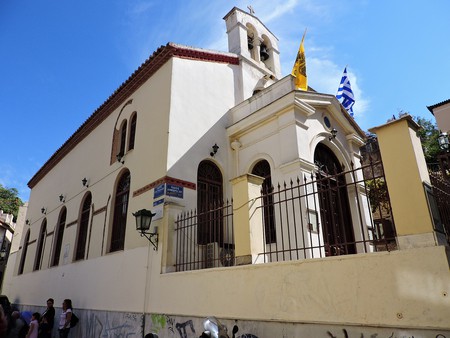 The Acropolis and ancient Agora

Make your way down back to the ancient Agora, you will find the church of the Holy Apostles (or Agii Apostoli), one of the oldest churches of Athens, built circa 1,000–1,025 A.D. on the ruins of a 2nd-century Roman sanctuary of the Nymphes. After its restoration during the 1950s, many Byzantines frescoes found in other destructed churches in the city were transferred there.

Progressing toward the entrance of the Acropolis, away from the busy streets of Plaka towards Hadrian Porch, you will find in the middle of the square bearing the same name stands Agia Aikaterini (or Agia Katerina) church. Dating back to the 11th–12th centuries, the church is located in a verdant courtyard, close to the remains of a Roman colonnade. The interior of the church features a rich collection of gold relics and icons.

Complete your tour of downtown Athens with Agios Giorgos church, the white church perched on top of Lycabettus Hill. During ancient times, the temple of Akreos Zeus used to stand there. And while, nobody knows the accurate date of construction, the church was reconstructed upon the orders of Queen Olga, who donated the church bell. 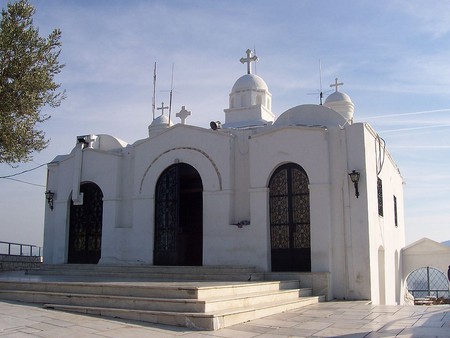 Now that you’re done with the center of the city, head to Mount Hymettus, where a stunning example of Byzantine architecture awaits. Dating from the 10th century, the Kaisariani Monastery is part of the story of the city, with the original church still accessible. While you are there, take the time to admire the stunning frescoes, which are in pristine condition. Once you’re done with your visit, make sure to enjoy the natural surrounding and the glorious views over the city.

End your discovery tour with the Daphni Monastery, which is set outside of Athens. While the surrounding area may not be impressive, the building is quite important. Built on the site of the ancient sanctuary of Apollo Daphnaios, destroyed during the invasion of the Goths in 395 A.D., the original monastery was built in the 6th century, then abandoned some years later. The current structure was built in the 11th century and is part of a World Heritage site that includes various other Byzantine monasteries in the country. The monastery includes splendid mosaics from the end of the 11th century, which constitute a unique example of Classical Idealism, strongly characteristic of Middle Byzantine art. 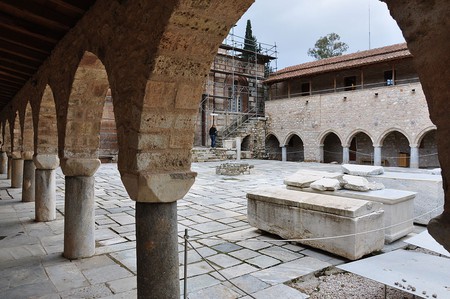