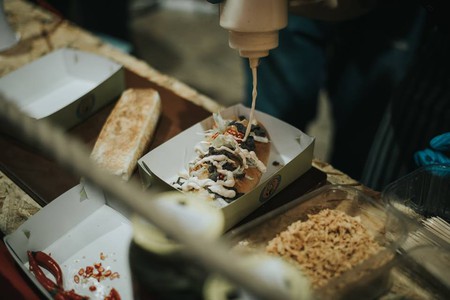 Culture Trip takes a look at why the street food scene in Athens is more exciting than ever.

When you think of food in Greece you probably think about the taverna culture. For decades the long, leisurely lunches and dinners have been a staple of the way in which locals socialise. Family meals happen here, friends gather and there’s even local entertainment courtesy of bouzakia and rebetiko players. Traditionally street food has been limited to souvlaki stands. Given the delicious combination of flavours it’s no surprise that the reign of the souvlaki lasted so long. But recently its rule as the best street food in Athens has finally been challenged.

Similarly, while it’s unlikely that the presence of tavernas on every street corner will ever disappear (and we hope that they won’t) in recent years Athens has enjoyed a flurry of innovation in the city’s food scene. A host of innovative restaurants such as Vezene and Sense Rooftop Food & Bar have opened up. Athens-based chefs are offering innovative updates on traditional greek plates and bringing a new spectrum of flavours to the city. Thanks to such openings in Athens, gourmet dining is arguably at an all time high.

But at the other end of the spectrum the street food scene has also exploded, creating a new subculture. ‘It [the street food scene] has changed immensely,’ agrees Stavros Striligas, press manager at The Athens Street Food Festival. Walk through central Athens and alongside the traditional tavernas and bars you’ll find pop-up taco restaurants, burger stands and cool new dessert spots which all provide a range of alternatives to the beloved souvlaki.

A post shared by Athens Street Food Festival (@athensstreetfoodfestival) on May 15, 2017 at 4:15am PDT

The growing success of the street food festival is testament to Athenian’s love of this new offer. Athens Street Food Festival runs every May, bringing together some of the best and most inventive names in the Greek culinary scene. While places like London and New York are awash with pop-up foodie events and street festivals, the festival is the only one of its size and kind in Athens. Unsurprisingly, it draws quite a crowd. But success wasn’t inevitable. ‘When we started the festival in 2016,’ Stavros notes, ‘nobody even used the word street food. We had to convince chefs to create street food recipes and portions.’

Two years later, attitudes have changed entirely. Stavros cites attendees to the event as in the ‘tens of thousands’, with an audience made up of Greeks and tourists coming to enjoy the best of Athens’ culinary game. This year visitors are in for a treat. Pop-up highlights include ‘Mac ‘N Cheesus!’ who will be offering a Greek take on the American classic, meaty dishes from ‘Monster Burgers’ and decadent sweet treats from Athenian hotspot Chimney – to name a few. Experimentation within the Athenian scene continues. This year one of the biggest trends to emerge this year is Thai ice cream, so expect see to more and more stands that sell it popping up over the summer.

Among the most exciting street food trends to have already taken the city by storm are Hawaiian sushi, bao buns and cheesecake on a stick. The latter may sound a little gimmicky but it also reflects the scope of new flavours, techniques and recipes coming to the Athenian street food market. Not all of them will stay, but as Stavros notes ‘it is street food itself that has become the trend’. Whatever foodie fads might pass through the city, the new love of street food is a trend that seems set to stay.