Athens is home to a few literary landmarks, but the Gennadius Library is often overlooked. Opened in 1926, complete with a collection of 26,000 volumes gathered over the years by Greek diplomat and obvious book lover Joannes Gennadius, the Gennadius Library now features 120,000 books as well as one-of-kind bindings, archives, and works of art showcasing the Hellenic culture. Here is a brief introduction to the Athenian landmark.

Joannes Gennadius (1844-1932), a Greek diplomat, bibliophile, and the library’s founder, was notably passionate about Greece. He was adamant on building a complete collection – which he started in 1870 – trying to find unique and rare editions, volumes, and manuscripts. The collection highlights a continuity from ancient times to modern days.

Gennadius donated part of his collection to the National Library of Athens, and upon returning from his journey, he was surprised and saddened to discover that they had no reference to his gifts, forcing him to find a more suitable home for his collection. And, thus, the construction of the Gennadius Library began. Backed by the Carnegie Corporation, the project involved the USA-based firm of Van Pelt and Thompson who designed a stunning neoclassical building in the style of a classical temple surrounded by a garden. The library was named after the Gennadius’ patriarch and opened to the public in 1926. 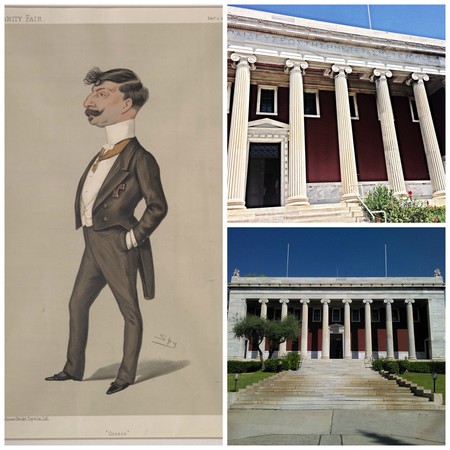 Today, it is part of the American School of Classical Studies at Athens (alongside the smaller Blegen Library), and its collection of 120,000 volumes is open to anyone interested in researching and discovering more about Hellenic culture, including Greek art, history, and literature from antiquity to modern times. Given the deep significance and priceless value of the collection, the library functions as a non-circulating venue – it is strictly forbidden to take a book or document out of the library, which is not privately supported.

The library is also a major attraction on the Athenian cultural scene, with various events organized such as open lectures, workshops, concerts, and exhibitions. If you are passionate about all things Greek, make sure to visit the library as it is an inspiring establishment.