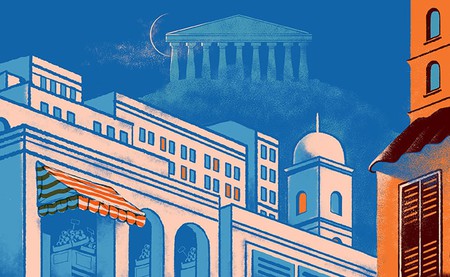 Everyone can agree that Athens is an interesting city. Blessed with a rich cultural and historical past, the city is the subject of many known – and lesser-known – facts. Here is a compilation of 15 interesting facts you should know about Athens.

Records show the city’s origins go back to around 3,400 years ago, also making it one of the oldest cities in the world.

Athens has experienced almost every form of government.

Having been inhabited for over 4,000 years, Athens has been submitted to nearly every form of government known to this day: monarchy, democracy, socialism, capitalism, even communism.

If it weren’t for an olive tree, Poseidon might have been the city’s patron.

According to mythology, Athena and Poseidon competed for the title of the guardian of the city. They each offered a gift to gain favor of its people and the gods, but Athena’s olive tree was deemed more valuable than the salt water spring given by Poseidon, so her name was given to the city-state.

The ancient Olympic games were never held in Athens.

The first Olympic Games were held in 776 B.C. in Olympia, in Peloponnese, but the city-state of Athens also had its own games, called the Panathenaic Games, since 566 B.C.

Athens is home to the first known democracy.

Democracy was established in Athens around 500 B.C. It was based on a direct democracy system, in which eligible citizens directly voted on laws. 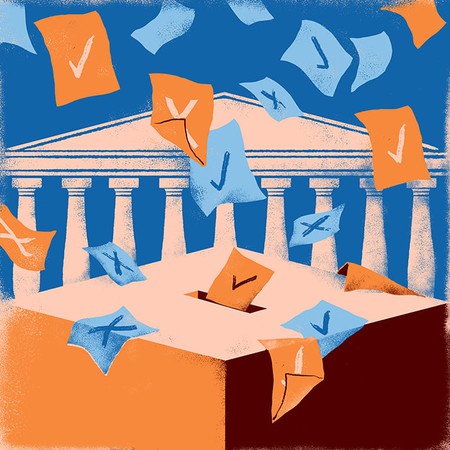 Athens has the most theatrical stages in the world.

It’s understandable that the Greeks take theater very seriously, as the tradition of theater dates back to the time of Athens’ first democracy – so much so that Athens is home to 148 theater stages, more than the West End and Broadway combined. 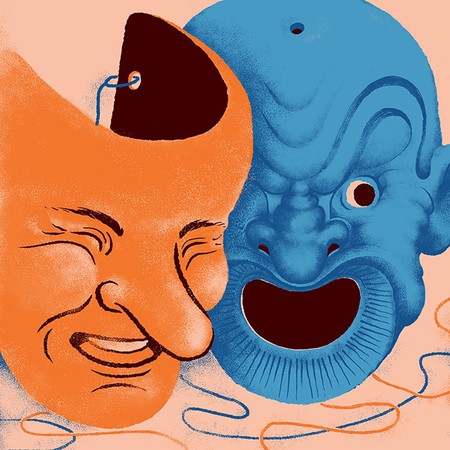 Athens hasn’t always been the capital of Greece.

Athens is Greece’s second capital city. During and after the War of Independence, the capital of the new Greek State was Nafplio, 1821–1834.

The Acropolis has a troubled past.

While the Parthenon is the central city landmark in the Acropolis, this sacred temple has known some hardship. During its lifetime, the temple has been used as storage for munitions, converted into a church then a mosque, and widely looted by former Ambassador to Constantinople Lord Elgin. It also served as army barracks and was bombed by the Venetians in 1687.

During construction of the Athens Metro to support transportation needs during the 2004 Olympic Games, the works led to the greatest archaeological excavation in the Athens area, and over 50,000 artifacts were excavated. Six Metro stations displayed some of the finds.

A woman is responsible for sidewalks in today’s Athens.

From the late-19th century to the 1990s, the sidewalks of downtown Athens used to be paved with marble. Athens’ first female mayor, Dora Bakoyannis, decided to give the city a much-needed facelift in 2003, as the marble had aged and would get slippery on rainy days. While some of marbled sidewalks are still in place, Athenian roads and walkways were modernized, making the entire city more accessible for everyone – just in time for the 2004 Olympics.

The Hotel Grande Bretagne is the oldest hotel in the city.

The magnificent Hotel Grande Bretagne, located in Syntagma Square, was used as a royal guesthouse in the 19th century, and it served as Nazi headquarters during the German occupation of Athens in World War II.

As a city dating back to antiquity, Athens is an interesting case study of architecture and is home to a variety of styles, from Greco-Roman to Neoclassical to modern. 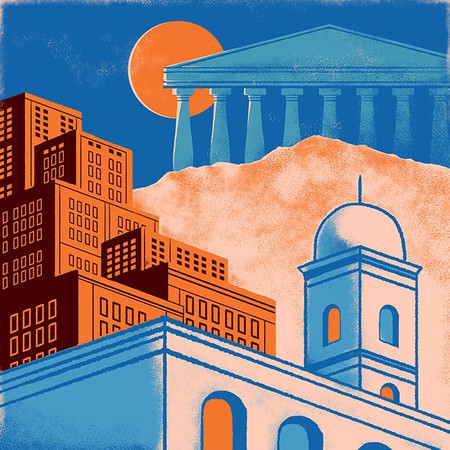 The marathon event was created for the modern Olympic Games held in Athens.

The marathon is a commemoration of the run of the Greek soldier Pheidippides (also known as Philippides), who ran from Marathon to Athens to report the Athenians’ victory against the Persians in 490 B.C.

Athens was the first European Capital of Culture.

The idea of the title is credited to Melina Mercouri – former actress, activist, and Minister of Culture – and her French homologue, Jack Lang.

Until recently, there was no museum of contemporary art in Athens.

The National Museum of Contemporary Art, or EMST, is Greece’s first museum of this kind. It operated from 2000 to 2003 on the ground floor of the FIX brewery but has since been closed for renovation. It should reopen later this year.