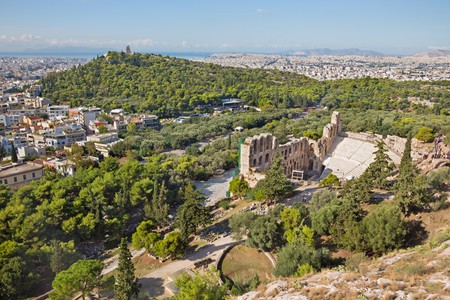 Greece is the word, especially when it comes to ancient history. And as the capital, Athens holds the richest treasures, the most unmissable of which you’ll find below.

As the capital of Greece and the classical world, Athens is a must-visit for anyone who loves culture and history. However, with hundreds of historical sites to visit, it can be a daunting task to see them all. The good news is that most of the sites are close together, so with some organisation (and a combined ticket), you can tick most of them off in a day if you need to. Whatever you do, make sure you start with this list of the big-hitting must-sees first.

It’s the site that rules over all others on the city’s skyline; atop a sheer-sided cliff, this ancient citadel is home to some of the most important surviving buildings of the ancient Greek civilisation. The innate defensive qualities of the Acropolis hill have allowed the Parthenon, the Erechtheion and the Temple of Athena Nike to remain partially intact, despite the countless invasions and revolutions that have taken place in Greece since they were built. 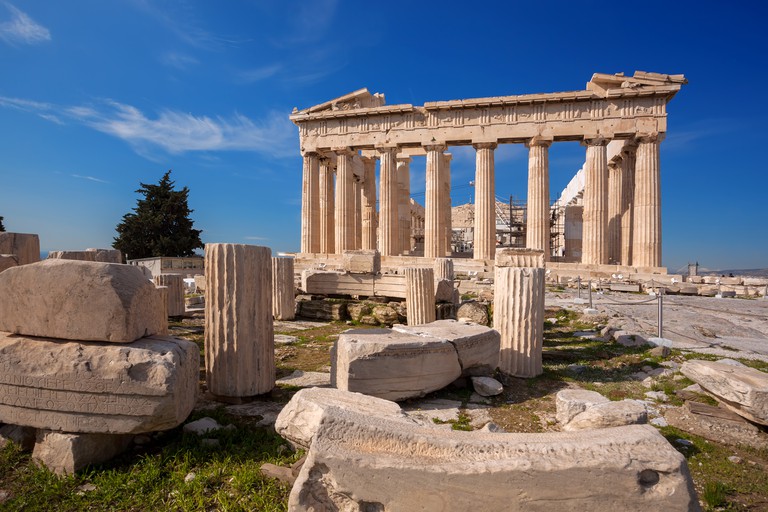 © Extravagantni / Getty Images
At the highest point of the Acropolis, the Parthenon is the grandest testimony to the wealth and sophistication of ancient Greece, as well as the finest existing example of the Doric order. Built between 447BCE and 432BCE and originally dedicated to the goddess Athena, it has also served as a treasury, an Ottoman mosque and a Christian church. Despite being subjected to fires, pirate sackings and military sieges, it has survived for more than 2,000 years – it’s a true, unmissable marvel.

Building, Ruins, Shrine
Facebook
Email
Twitter
Pinterest
Copy link
Share
On the northern side of the Acropolis, this unusual temple was built to honour both Athena and Poseidon. It was built on a slope, making the feat of ancient engineering all the more impressive. Add to that the Porch of the Maidens, part of the temple supported by six statue-like columns carved into the shape of draped female figures known as caryatids. Their dramatic, piled-up hairstyles were deliberately designed to offer more weight-bearing support. 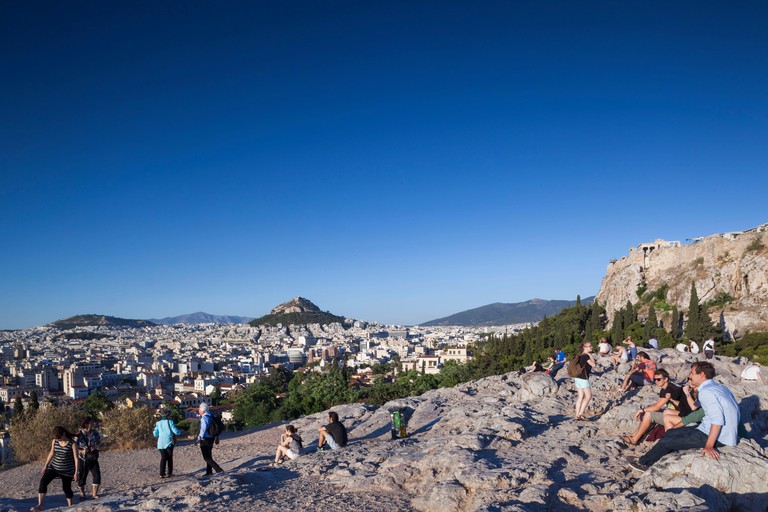 During the classical period, this rocky outcrop, encircled by cypress trees, served as the foundation for a court called the Areopagus; its primary function was to try cases of homicide, corruption and religious matters. The council was one of the most important city-state institutions and an aristocratic judicial body, effectively making it the earliest predecessor of the higher court of modern Greece. Take the stairs up for panoramic city views.

The original ivory-and-gold statue of the goddess Athena, which was the main focal point of the Parthenon, was lost at some point after 165BCE (an account last places it in Constantinople in the 10th century). Depicted as victorious in combat and holding a shield, the sculpture was considered the best piece of work by the ancient master sculptor Phidias. It has, however, served as the blueprint for numerous replicas dating back to the Roman era – one of which makes its home in the National Archaeological Museum of Athens. 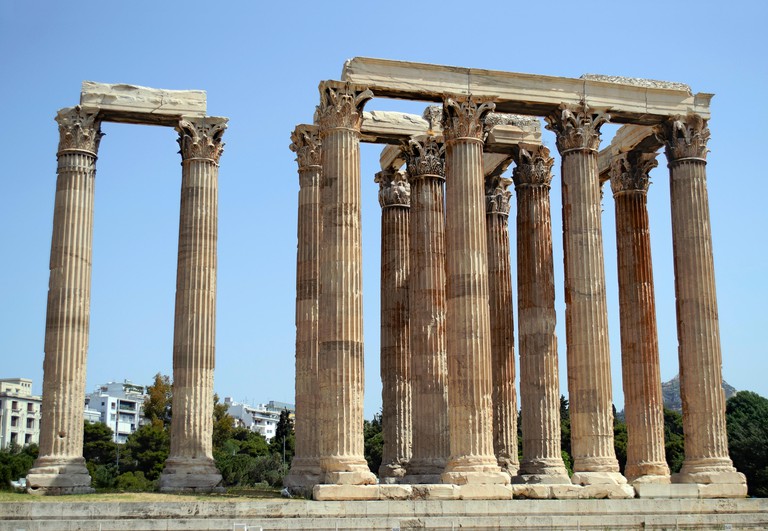 © photo_stella / Alamy Stock Photo
Right in the middle of the city, the 16 surviving columns of this landmark are just a glimpse of what would have been the largest temple in ancient Athens, if not the world at the time – and quite rightly, as it was dedicated to the king of the gods, Zeus. The construction began in the sixth century BCE, and it took several rulers and more than 600 years to complete. Unfortunately, it was severely damaged less than a century after its completion, as it was pillaged during a barbarian invasion.

On the southern slope of the Acropolis hill, the Theatre of Dionysus is one of the most famous and well-preserved ancient Greek theatres. It was originally part of the sanctuary of Dionysus, the god of grape harvests and wine, as well as transformation, fertility, ecstasy and – of course – theatre. It’s believed that in its heyday, during the fourth century BCE, the theatre was able to seat an audience of up to 17,000.

The smallest temple on the top of the Acropolis was dedicated to Athena and Nike, the goddesses of warfare and victory, and ancient Athenians would come here to pray for victory over the Spartans in the Peloponnesian War. Today, the temple is most famous for its parapet friezes, part of which is a piece of beautiful wet drapery depicting Nike fixing her sandal. The version in the temple is a replica of the original, which is on display at the Acropolis Museum.

A trip to Athens is tiring, so you’ll need somewhere great to sleep after a long day. Choose one of the best hotels in the city; we’ve even selected some great boutique options, bookable now with Culture Trip. Take your pick of the must-visit attractions in the Greek capital, but plan a day at one of the nearby beaches to wind down before filling up on gyros and souvlaki at the most authentic Greek restaurants in town.

This is a rewrite of an article originally by India Doyle.