Wineries You Need to Visit in Santorini, Greece 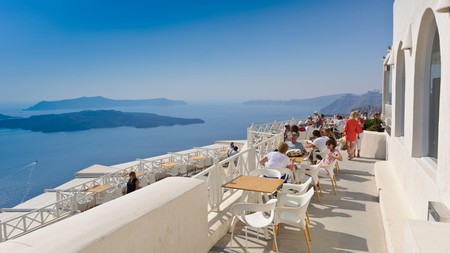 Santorini’s volcanic terrain and unique climate make for some of Greece’s best wine, including the sweet, bronze-coloured Vinsanto – an island staple.

Santorini’s long-standing wine-making tradition takes place in lush vineyards all over the island, but especially around the village of Megalochori, with family-run and state-of-the-art wineries to visit and prominent white-grape varieties to sample, like Assyrtiko, Athiri and Aidani. Embark on a wine-tasting adventure and try classic or rare labels at the island’s finest wineries. 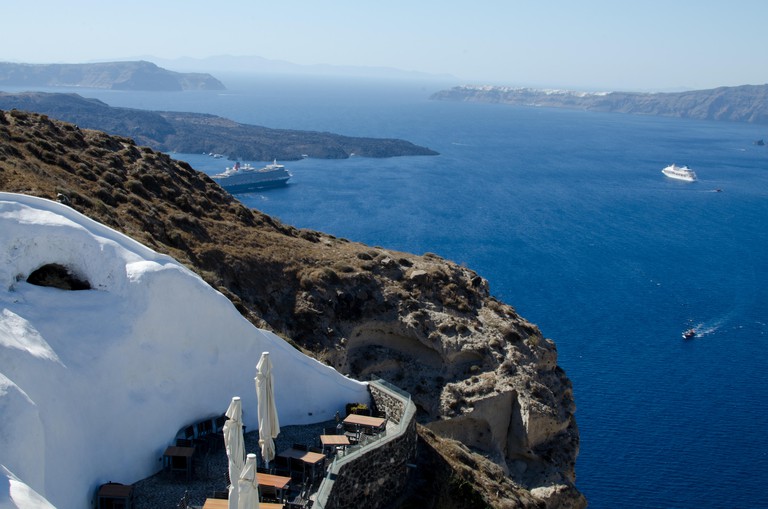 © Siddhartha Jain / Alamy Stock Photo
Built into a cliff above Athinios port, Venetsanos became Santorini’s first industrial winery in 1947. At a time when access to electricity was limited, engineer Giorgos Venetsanos employed gravity to process grapes through three floors until they emerged as wine that was piped to the harbour for export. This cliff-carved winery is worth a look for the design alone and is open to visitors. You can book a tour recounting the winery’s history, discover new winemaking techniques and finally sip the magnolia-scented Nykteri wine at Venetsanos’s Sunset Terrace, which doubles as a café serving Greek staples such as stuffed vine leaves.

Winery
Facebook
Email
Twitter
Pinterest
Copy link
Share
Map View
Established by Georgios Argyros on a five-acre (2ha) vineyard in 1903, Estate Argyros has since grown significantly over the last century, now covering an area of nearly 65 acres (26ha). Today, the winery is run by Yannis Argyros, a fourth-generation vintner, who looks after vines that date as far back as the 1850s. Some of the grape varieties grown here are Assyrtiko, Aidani, Mandilaria, Mavrathiri and Voudomato, while dry-white and dessert wines are Argyros’s main draw. Make sure you taste the 20-year-old Vinsanto paired with the estate’s signature Vinsanto-infused chocolate treat.

Winery
Facebook
Email
Twitter
Pinterest
Copy link
Share
Map View
Family run for more than 300 years, Gavalas grows native and rare-grape varieties that produce exotic wines like the dry white Katsano, with a delicate flavour of honey and lemon, and the dry red Xenoloo, aged in French oak barrels for more than a year. The property’s one-hour guided tour, led by sommeliers and enologists, will teach you all about winemaking, as you walk through a stone tunnel that serves as a wine museum. Nine different wines are available for tasting. 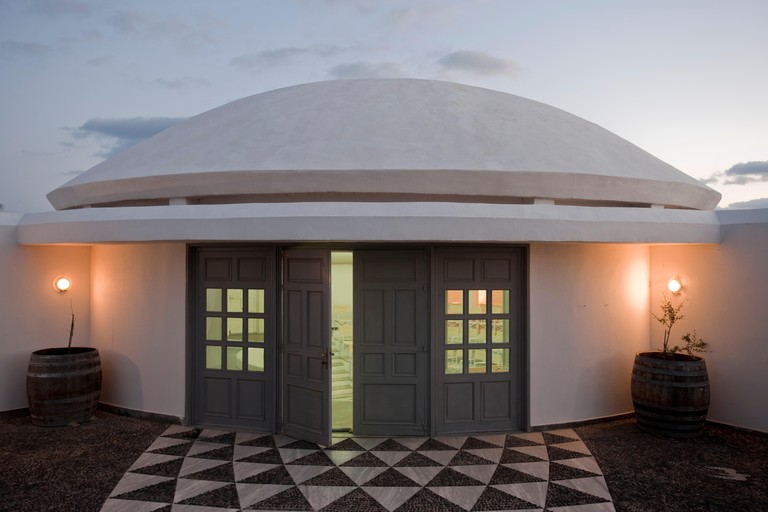 © Hackenberg-Photo-Cologne / Alamy Stock Photo
Boutari was established in 1879 in the Macedonian highland town of Naoussa, while in the late 1980s, the company’s winemakers started exploring opportunities on Santorini. Since 1989, Santorini’s Boutari, housed in a beautiful white-domed building, has been one of the leading wineries on the island. Local white-grape varieties like Assyrtiko, Athiri and Aidani are cultivated in its vineyards; products include sweet wines like Vinsanto and red Ampeliastos, next to a new experimental wine every year. Wine tastings in five different languages and a guided tour of the property are on offer.

Winery
Facebook
Email
Twitter
Pinterest
Copy link
Share
Map View
A recent addition to Santorini’s viticulture scene, Vassaltis was created by Yannis Valambous, a former financier in London who decided to invest in a winery that favours quality over quantity. Vassaltis’s first wines were released in 2015; ever since, he’s been producing the usual Assyrtiko and Aidani wines, as well as Nassitis, a blended white made of Athiri, Aidani and Assyrtiko. Book a wine-tasting session and try Vassaltis’s premium Plethora and Gramina labels, wonderfully paired with ceviche, tiraditos or tartare of Greek fish. 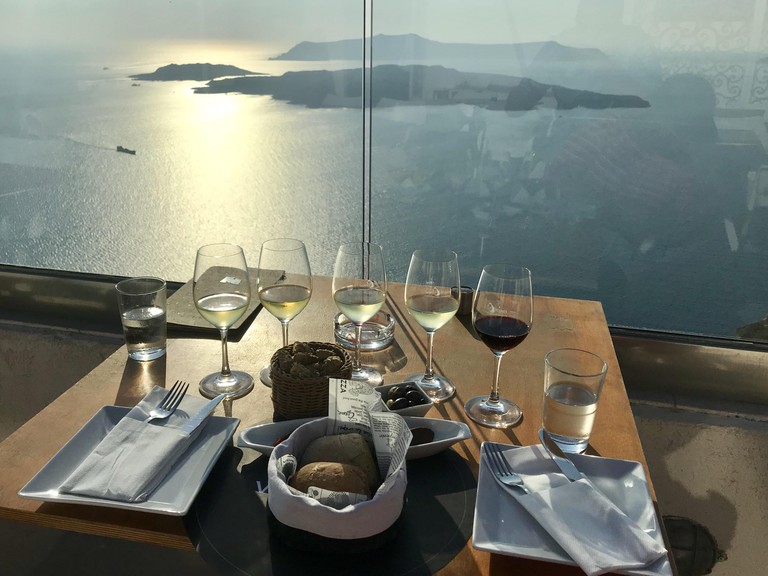 © mikehanney1983 / Stockimo / Alamy Stock Photo
The SantoWines union has been safeguarding Santorini’s wine production since 1947. The Santo winery opened in 1992; straddling different levels, its cutting-edge design allows the vineyards to be cultivated as naturally as possible thanks to gravity. Guided tours of the winery and wine tastings are on offer, while events are regularly hosted on Santo’s sophisticated terrace. Don’t leave without trying the Vin de Liqueur, a liqueur version of the classic Vinsanto.

Winery
Facebook
Email
Twitter
Pinterest
Copy link
Share
Map View
Santo’s hipper counterpart, Art Space, is also worth a visit. The establishment housed SantoWines’ first winery until 1952. In 1999, owner Nikolaos Argyros’s son Antonis reopened it as a modern winery, art gallery and museum, built in an underground cave that’s surrounded by a thick layer of pumice. Artefacts of the old winery abound and along with the modern Greek art on display in this characterful building, you’ll also find a contemporary winery and high-quality island tipples to try.
Give us feedback