Reasons To Love Athens, According to People Who Live There 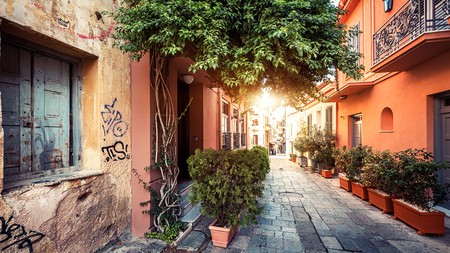 The area around the Acropolis is full of winding narrow streets and brightly painted buildings | © shan.shihan / Getty Images

Get the inside track on Athens, according to the people who live there – whether you’re looking for café culture, ancient monuments or independent art galleries.

With the imposing Acropolis rising above the city as a magnificent centrepiece, the Greek capital draws visitors from around the world with its glorious past. Though the limelight rightfully belongs to the ancient monuments, beyond the ruins lies a contemporary city bursting with creativity. Five Athenian residents spoke to Culture Trip about what makes their city so special. 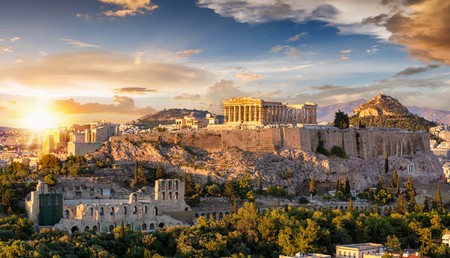 Athens is best known for its ancient architecture, with the Acropolis the jewel it its crown | © Sven Hansche / EyeEm / Getty Images

“I love Athens because it feels like you are in the heart of the country, where everything happens,” says Irini Georgi, creative director at an advertising agency.

Irini introduces herself as a “42-year-old short, grumpy feminist” with a love of dancing. Her current top pick for dancing the night away is Ekei, a “tiny R & B club downtown” – although the crowd is generally younger, she highlights its welcoming atmosphere towards anyone and everyone, regardless of age. What Irini enjoys about Ekei reflects what she appreciates about Athens more broadly: a sense of community and always having company.

“One of the things I love is walking around town late at night and seeing bars and food places open; it makes me feel like I am never alone,” she explains. “People blame big cities for causing loneliness. I think the opposite is true.” Irini also highlights the positive role that social media plays on Athens’s social scene – for example, its part in the rising popularity of stand-up comedy – and the opportunities it offers for meeting like-minded people and creating connections within cities. 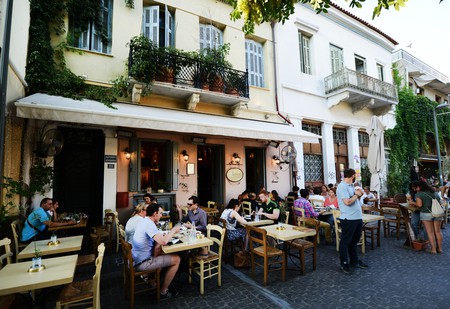 “Arts, culture, entertainment… the centre of Athens is a hub where you can always find stuff to see and do,” says Mary Sakka, co-owner of Alphaville café.

“I’m not just saying it because I am a co-owner, but Alphaville has a really friendly vibe,” says Mary, also underlining the cafe’s prime location in a picturesque spot between the central Metaxourgeio and Kerameikos neighbourhoods. The relative calm of the area surrounding Alphaville and its location “a stone’s throw from the historical centre” is indicative of what makes Athens such an appealing destination, according to Mary. “The centre of Athens is a very condensed area, so you can combine many experiences within a relatively short distance,” she explains. When it comes to discovering the city, she recommends simply taking the time to explore: “I find inspiration in unexpected places, even when taking my dogs out for a walk.” 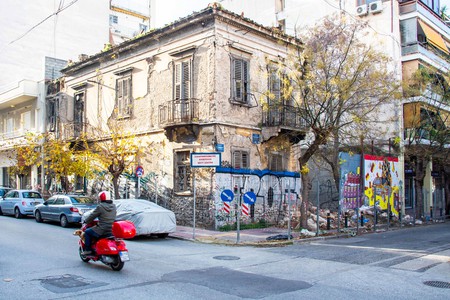 In a neighbourhood of contrasts, old and new buildings line the streets of the Metaxourgeio district of Athens | © Martin Leitch / Alamy Stock Photo

“Athens is a great mix of past and present, west and east. A metropolis at the far edge of Europe, bridging versatile ideas,” says Gabriella Triantafyllis, director of programming and production at the Stavros Niarchos Foundation Cultural Centre (SNFCC).

Gabriella loves Athens for its multifaceted character, born of its rich history and geographical location. Perhaps unsurprisingly, she lists the Stavros Niarchos Foundation Cultural Centre as an apt illustration of this trait and a great reason to love Athens. “This open, accessible space is home to the Greek National Opera, the National Library of Greece and a huge park… it has become a lot of people’s home away from home.” In addition to cultural explorations at the SNFCC, Gabriella offers her recommendations for a day spent meandering through the streets of central Athens: “Walking to the central market to buy fish and groceries, herbs and delicious cheese. Visiting small galleries and theatres, cafés and tavernas. Walking on Philopappou Hill, strolling through Thissio and Plaka and having a drink at the Bios rooftop bar.” 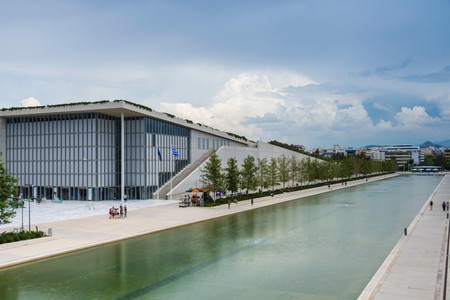 “Athens has a special vibe, an outgoing feeling, as a result of the mild weather and friendly people,” says independent art curator Alexia Pappa.

Athens’s plentiful sunshine and markets are a definite selling point for Alexia. “The warm light of the Athenian sky gives you a reason to wake up and get out. Another special everyday Athenian experience is the outdoor markets that take place once a week in every neighbourhood, where we, the city tribe, can get fresh fruit and vegetables.”

Beyond the weather, Alexia notes that Athens has been undergoing something of an artistic revival. “Over the past few years, Athens has become a promising artistic hub, with a burgeoning independent art scene,” Alexia tells Culture Trip, revealing that her favourite local independent art gallery is State of Concept in the Koukaki neighbourhood. This gallery is so significant, she believes, because its exhibitions “shed light on sociopolitical issues and activities, and the events aim to foster public engagement and dialogue”. 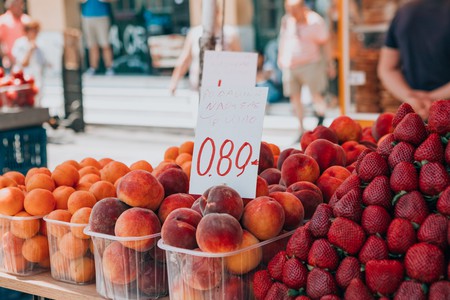 “Athens is a bit of a living contradiction,” says singer and songwriter Amalia Mouchtaridou.

According to Amalia, Athens manages to be both compact and diverse. “Everything is within walking distance and within 20 minutes the scenery can drastically change,” she explains, offering the proximity of crowded, uninspiring streets to those nearby “adorned in beautiful art” as an illustration of the contrasts that prevail. These contrasts are the backdrop to a city constantly on the move. “Athens is very lively almost 24/7. There’s always a new place opening somewhere in the city,” she says. In particular, food and shopping opportunities are high on the list of reasons to visit Athens for Amalia. “You can easily come by second-hand books and street food, which I love,” she says, highlighting Ap Allou – famed for its mouthwatering falafel – as a must-visit foodie spot and chilled-out bar Barrett as a prime spot “to listen to some good tunes and drink a nice beer”.