Why Spetses, Greece, Is the Perfect Weekend Break 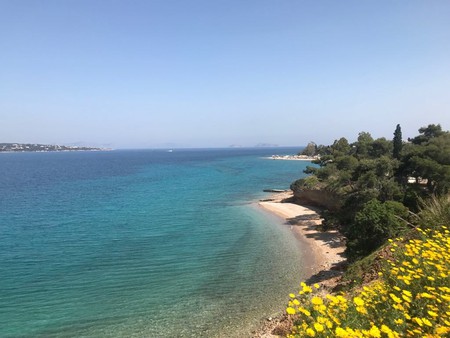 Located three hours away from Athens, the luscious island of Spetses is a perfect weekend escape from city life.

The journey from Athens is in a small hydrofoil that leaves multiple times a day from Piraeus. Along the way, you stop at Poros, Hydra and Ermioni, a small town on the mainland. Each destination offers more of a flavour of what will greet you when you finally arrive at Spetses. The view becomes increasingly luscious and green and the architecture more historic with every stop.

Spetses is a haven for Athenians, who have been holidaying here for decades. The island became iconic for its connection with the Aristotle Onassis-and-Jackie Kennedy relationship. The two romanced on the island before marrying on Onassis’s private isle. Meanwhile, fellow shipping tycoon Stavros Niarchos owned the island of Spetsapoula, just a few miles from Spetses.

Aside from its celebrity connotations, Spetses played a vital role in the war of Greek independence. The inhabitants were some of the first to participate in the Greek War of Independence in 1821, providing ongoing resources to the Greek navy throughout the war. The pivotal role that the residents of the island played is commemorated every September with a re-enactment of one particularly decisive battle in the Argolic Gulf.

Literary lovers will also know Spetses as the island that inspired John Fowles’ The Magus. Such a combination of literature, culture and history adds to the allure of the island. However, even without these accolades, Spetses is an easy sell – especially out of season. 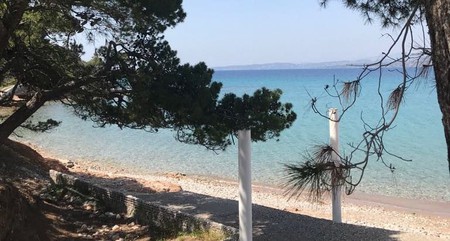 On the luscious and verdant island, cars have been banned for the most part, which ensures fantastically clean air and a general sense of quiet. Instead, visitors can get around by scooter, bicycle or horse and carts. All offer a more tranquil way to travel. One of the first things to greet you when you get off the boat is a line of antiquated horse and carts, immediately signalling an escape from modern life.

The harbour is dominated by the historic Poseidonion Grand Hotel. The creamy yellow exterior and forest green shutters have been offering a warm welcome to visitors since it opened in 1914. Even if a weekend at the hotel is out of your budget, a drink on the verandah terrace is an essential part of the Spetses experience. Along the waterfront are small tavernas and cafés, while in the winding streets behind are luxury boutiques with prices to rival the fashion capitals of Europe. Should you be looking for a decadent beach purchase, this is the spot for you. Evenings can be easily spent strolling through this area. The old harbour, which is a 15-minute stroll away, offers more tavernas and shops, and off-season is slightly less touristy than the newer spot of Dapia. 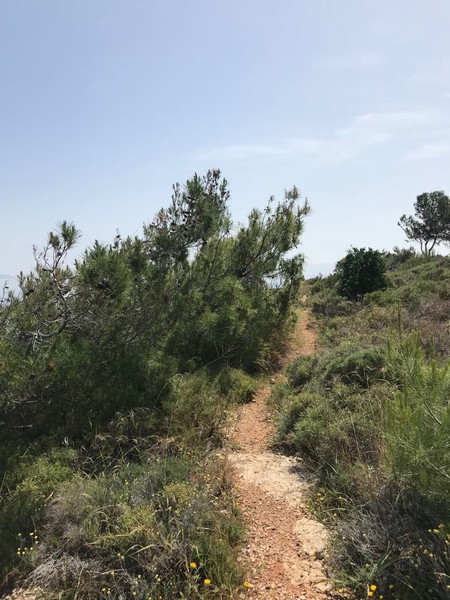 The culinary scene offers some traps. Restaurants can be über touristy and needlessly expensive, but there are many relaxing and delicious places too. Kapelogiannis is a local favourite that offers delicious Greek plates and a serene view of the old harbour. Prices are affordable, and the atmosphere relaxed. It’s a great spot to retire to after a morning of exploring in Dapia. If you’d rather dine on the beach, Kaiki Beach Club restaurant is a little more upmarket but worth the splurge for the luxurious and atmospheric surroundings. Zogeria restaurant on the north part of the island is a more laid-back and low-key taverna to lunch at, situated on a spectacular beach. In the evenings, Tarsanas in the old harbour is a relaxing spot, or try Mourayo, which offers beach-side dining and a great menu.

There’s plenty to do during the day. If you’re inclined to do so, the island is small enough to roam around on foot. From the main town of Dapia, you can walk about an hour and a half north to quieter and more remote beaches. Another joy of visiting out of season is that you can explore freely, without fear of sunstroke or exhaustion. While the sun may shine throughout the year, the sea really only begins to be swimmable from April (and even then, locals will laugh at your earnestness). You’ll find crystal clear water and largely uninterrupted peace. If you’re headed to the more remote spots, a picnic or snacks come highly recommended, and of course, don’t forget to bring water. It’s also easy to rent bicycles and scooters from the port so that you can discover the many beaches around the island at your leisure. 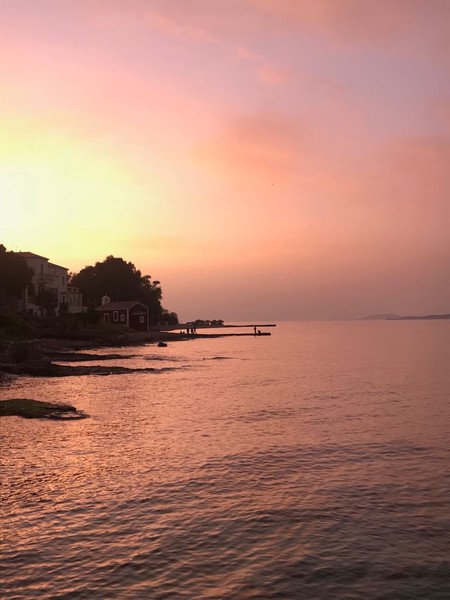 As spring breaks, it will prove hard to tear yourself away from the aromatic punch of pine trees and tantalisingly crisp water. However, should you choose to covet culture over natural pursuits, the town offers plenty to sate your desires. Most famous is the Bouboulina’s Museum, dedicated to Laskarina Bouboulina, a fiercely successful woman naval officer during the Greek War of 1821. It is set just back from the town, and the short walk to it will offer some heavenly architecture too. There is also The Spetses Museum, which houses a collection of post-Byzantine and Russian icons as well as historical artefacts from the Greek War of Independence. 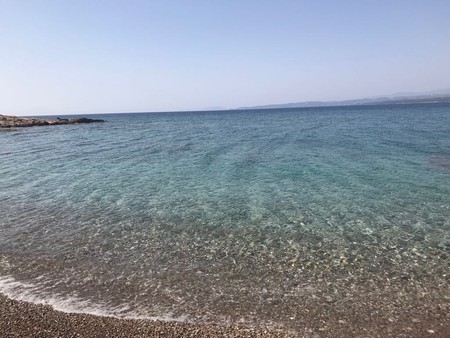 Depending on where you stay, a peak-summer-season weekend break in Spetses is unlikely to offer you the same level of serenity. In July and August, the island becomes packed with tourists. Dapia swarms with visitors who enthusiastically queue to sample ice cream flavours; the idyllic clatter of horse and cart becomes more feverish and intense.

That said, even at the peak of the holiday influx, it is difficult to find an island that will rival Spetses for ease, beauty and the experience of luxury. A weekend trip offers everything you could dream of for reviving yourself. Just don’t be surprised if, after a long week on the mainland, you find yourself venturing back to repeat the weekend experience all over again.