Why a Bookstore on a Greek Island Means So Much 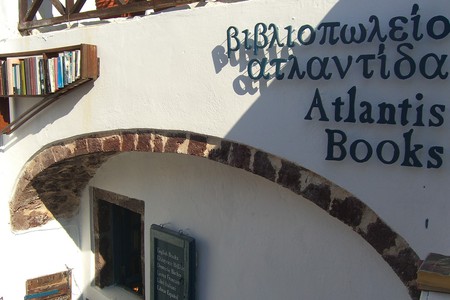 Most diehard bibliophiles will have heard of Shakespeare & Company, the old bookstore on Paris’ Left Bank that was a gathering place for aspiring young writers like James Joyce and Ernest Hemingway in the 1920s. The shop’s owner, Sylvia Beach, was instrumental in getting Joyce’s then controversial and now iconic novel Ulysses published and was known to offer free room and board to aspiring writers who were willing to work in the shop.

But as legendary as Shakespeare & Company is, there is a lesser-known but equally significant corollary bookstore in the unlikeliest of places: the Greek islands. 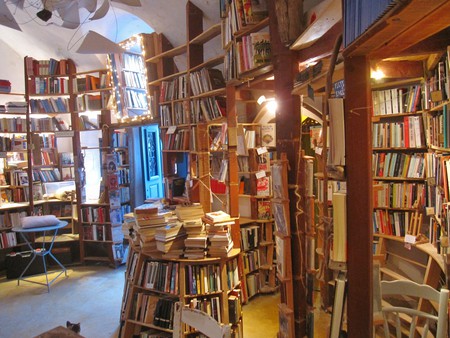 Atlantis Books lies on the picturesque island of Santorini, which is more famous for its white buildings jutting out into the bright blue water and its energetic nightlife than its scintillating literary scene. But for over 15 years, Atlantis Books has been bringing serious literary credibility to the island and has become a must-visit for anyone interested in the future of the independent bookstore – or simply anyone who loves words.

Atlantis Books’ story begins in 2002 when two undergraduates doing a study abroad year at Oxford found themselves in Santorini and decided that they would prefer not to leave. Incidentally, one of the two had spent the previous summer living near Shakespeare & Company in Paris and had become enamoured with its history as a haven for lovers of books and bookstores alike – especially important in an era when independent bookstores are closing at a rapid clip.

Improbably, the two young men’s idea became a reality. They found several founding partners and subsequently rented a stunning location on a cliff looking right over the Aegean Sea. They filled the bookstore from floor to rafters with everything from Nabokov to Whitman to Steinbeck, with an array of world literature in different languages thrown in – in a nod to Santorini’s global travellers.

Tucked among the books are beds that the staff sleep in, much as was the case at Shakespeare & Company in the 1920s. Word of mouth supplied an endless stream of young people eager for the chance to trade their labour for a summer in exchange for the opportunity to live among books on a fairytale-like beautiful island. 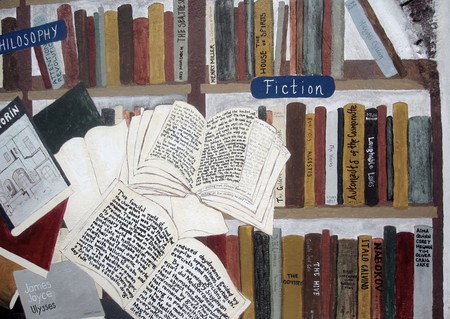 A mural on the wall at Atlantis Books, painted by artist Alma Ayon | © Alma Ayon / Flickr / Derivative from original

The bookstore has become an unlikely yet obligatory stop for many authors on tour for new books or who otherwise want the opportunity to read from their work to a rapt audience on a cliff at the edge of the sea in Greece. Some of the luminaries who have read their work at Atlantis Books are the humorist and essayist David Sedaris and the former US Poet Laureate Billy Collins.

The best part about Atlantis Books? It is a place for every kind of book lover, whether you are young and uncommitted enough to take off for a summer to work in the store, or whether you would rather make a pilgrimage in order to meet the Joyces and Hemingways of the future working among the stacks today.