What You Need to Know About Greece’s Rare Whistled Language, Sfyria 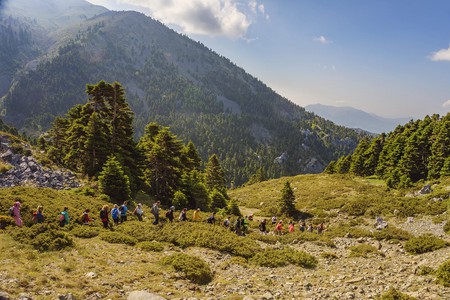 For millennia, several populations across the globe have been using an alternative form of communication beyond words; it’s known as the whistled language. You’ll hear this language from the peaks of the Pyrénées to the dense forests of the Amazon, the vast plains of Africa and the mountainous areas of Southeast Asia. But few know that Greece has its own whistled language, called sfyria.

If you find yourself hiking in the depths of the lush slopes of Mount Ochi, in southeast Evia, the second largest island in Greece, you may get that chance to hear whistles echoing across the mountains. These whistles are actually a language, used by the residents of the small village of Andia (or Antia), and it’s one of the most endangered languages in the world. 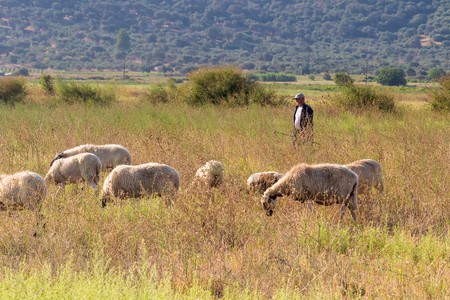 Shepherd and his flock in Evia | © Bill Anastasiou/Shutterstock

Indeed, with a dwindling population of only 37 residents, Andia now only has a handful of people who can ‘speak’ the whistled language called sfyria (from the Greek sfyrizo, which means to whistle). As such, it is one of the rarest languages in the world, with the chance of disappearing.

While the origins of the language are unknown, it seems it has been around for centuries; some say it goes as far back as antiquity and that it was used to warn locals about a possible catastrophe or an invasion. Whatever the reason is, sfyria makes sense. In the wilderness of the rugged mountains of Evia, sounds travel fast, and so the need for it is obvious. Experts believe that shepherds and farmers created the language and passed it down from generation to generation, but it was only in 1969 that the language was discovered, when a plane crash in the nearby mountains caused a team of rescuers to venture deep into the forest to find the missing pilot. What they mistook for bird songs quickly turned out to be entire conversations echoing across the valleys. 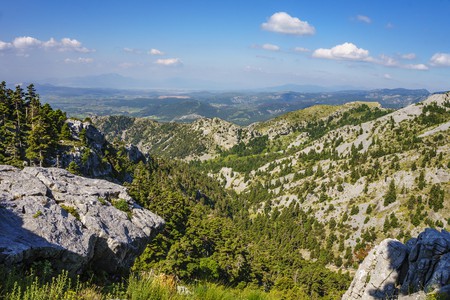 For experts, sfyria is a version of spoken Greek, as tones and frequencies correspond to letters and syllables. And since whistled sound waves differ from speech waves, conversations in sfyria can travel up to four kilometres (2.5 miles) across valleys and ravines. Unfortunately, in Andia, the village has been suffering from rural exodus, and old age prevents elders from properly using their teeth to whistle, leaving only six people able to communicate using the whistled language. Even though the use of smartphones may be a welcoming invention, let us hope it doesn’t contribute to the extinction of sfyria. And if you plan to visit Greece, make sure to explore the hilly area of Andia to get a chance to hear this unusual language before it disappears forever.