EUROPE
/
GREECE
/
THESSALONIKI
/
Things to Do

Unusual Things To Do in Thessaloniki, Greece 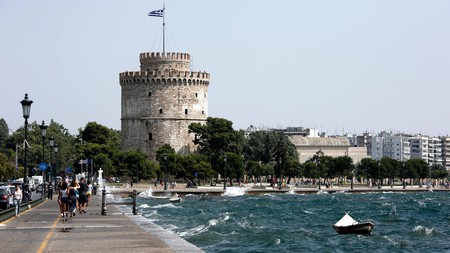 Greece’s second city, Thessaloniki, is rich in culture, cuisine and history. Beyond the ancient ruins and abundant tavernas, the city is full of offbeat activities that will make your trip even more memorable.

Once you’ve seen the iconic White Tower – the emblem of Thessaloniki – and gazed at the Arch of Galerius, try something a little bit different: discover the city’s Jewish history, enjoy stargazing in the forest and pick up a unique antique souvenir.

Dance to DJ sets at a Turkish bathhouse

Just above the St Dimitrios Church stands the Aigli Geni Hammam Turkish bathhouse, built during the Ottoman period. The bathhouse closed after Thessaloniki’s liberation in 1912 and has since functioned as a warehouse, a cinema and now a staple of Thessaloniki’s nightlife scene. Today it is one of the most spectacular places to grab a bite to eat and a signature cocktail, as well as enjoy live DJ sets until morning. Street Outdoors Soundsystem, a Greece-based DJ and events organisation, has been hosting winter parties at the bathhouse for the past five years. Member and DJ John Petaliotis expresses the importance and singularity of Aigli’s atmosphere, saying: “Its environment often inspires us to experiment musically and follow diverse music paths.”

North of Aristotle Square, just a short walk away from the Roman Forum, is a hidden plaza named Bit Bazaar. At night it’s packed with a younger crowd due to the cheap dining options on offer – among the most popular is taverna Palaion Archon – but it has something for all ages. During the day it’s the ideal place for antique enthusiasts, as vendors adorn the alleyways and surrounding streets with treasures from furniture and books to shoes and paintings. 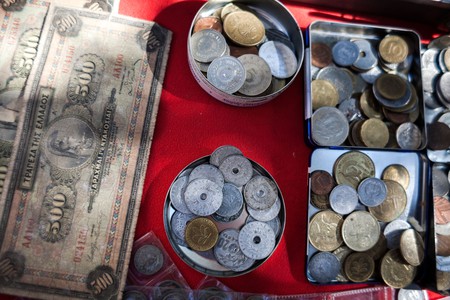 Thessaloniki is a city in every sense of the word, and urban life is not for everyone. Nonetheless, there are some opportunities to explore the great outdoors. Hop on bus line 15 from the centre of town and after five minutes you’ll arrive in Saranta Ekklisies. From here you can enter the Seich Sou forest and enjoy a hike with a magnificent view of the city. If you’re even more daring, you can join the Thessaloniki Hikers Team at night, embarking on a stargazing adventure. Gabriel Vanakas, an outdoor activities and extreme sports expert and founder of Hikers Thessaloniki, leads stargazing hikes throughout the year. “Hidden from our senses, away from everything ordinary that happens in the city, is the Seich Sou Forest. These hikes allow people and stars to meet, making it impossible to want to stop walking,” he says. If you need to clear your head during your stay in Thessaloniki, this is definitely the way to do it. 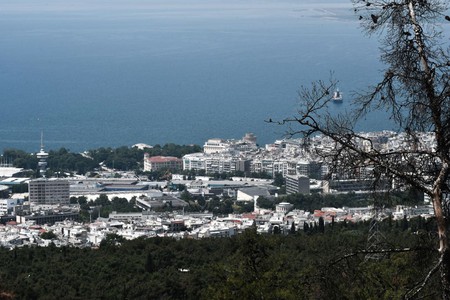 Visit the Jewish Synagogue and Museum

To the surprise of many visitors, Thessaloniki has a rich Jewish history. The city’s pre-World War II population stood at close to 60,000, with Thessaloniki nicknamed La Madre de Israel (‘the mother of Israel’) and ‘the Jerusalem of the Balkans’. Today, the city has a small yet vibrant Jewish community of fewer than 2,000. The Jewish Synagogue on Syggrou Street is the only functioning synagogue to have remained in its pre-Holocaust state, since it was used as a warehouse by the Red Cross during the war. Follow your tour of the synagogue with a visit to the Jewish Museum of Thessaloniki, located a 10-minute walk towards the sea on Agiou Mina Street. To delve more into the city’s Jewish history, you can visit the Holocaust Memorial on Venizelou Street; the Old Railway Station used for the deportation of the Jewish community during the Holocaust, found in the northwestern part of the city; and Villa Bianca, a mansion formerly owned by Jewish community member Dino Fernandez Diaz and now home to the Municipal Art Gallery. 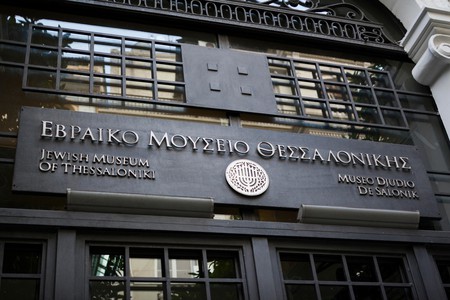 Sip on cocktails at a 21st-century speakeasy with a twist

Get a taste of the Prohibition era at the Three Pieces speakeasy, found in the buzzing Valaoritou district of Thessaloniki. Three Pieces appears to be nothing more than a street-food eatery, but it conceals something more exciting. Divided into three parts – hence its name – Three Pieces sees visitors first enter the apparent canteen. Then, at the push of a hidden door, they find themselves in a photo booth and ultimately at the speakeasy, which is big enough to fit just 15 people. Their craft beers and signature cocktails alone are worth a visit. Co-owner Achilleas Plakidas describes it as a concept business. “In just 45 square meters you can engage in three different activities: eat street food, take a photo and have a drink,” he says. This isn’t just a bar, it’s an experience –but don’t forget to grab a bite before you leave.

Watch movies at an open-air cinema

Everyone enjoys dinner and a movie. Why not do it in the open air, under the stars? Opening during the warmer months, Natali Cinema is an oasis amidst the urban jungle, and the perfect place to while away a summer evening. The cinema screens a range of films, both local and international. For the ultimate in cinematic relaxation, you can also enjoy a drink from their bar while watching the movie.

Have a glass of wine at… well, anywhere

Unlike in many countries, drinking outside in Greece is legal and rarely frowned upon. This means that you can enjoy your favourite bottle of wine or beer practically wherever you please. Local residents enjoy their drinks on the fortress walls above the city, the grass beside the White Tower and on the waterfront by the old port. Here to facilitate your al fresco (and cost-efficient) tipple is Modbar Street Coffee Bike, set on the new stretch of Thessaloniki’s waterfront promenade (running south from the White Tower). In addition to coffee, this mobile bar offers a range of cocktails and beers. The waterfront is your oyster – find a spot and watch the sunset over the Thermaic Gulf. 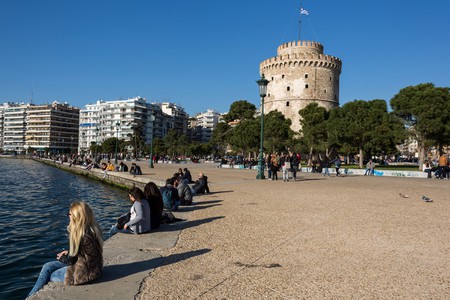 Find out your future with a coffee reading

Traditional Greek coffee leaves a thick layer of coffee grounds at the bottom of the cup. These mystical coffee remnants are believed (though perhaps not by everyone) to depict your future according to the shapes they form. While it’s fun to have a go at this yourself, for a more ‘professional’ reading, have your coffee cup interpreted by a fortune teller. A number of cafés on Navarinou Square offer this unusual service, including the charming Karma Café. 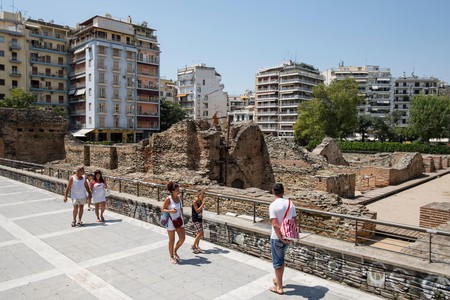