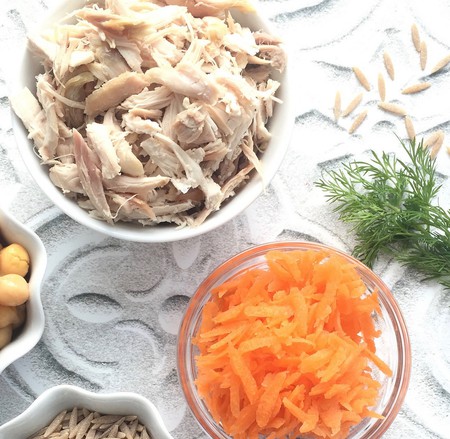 Greece’s cuisine is humble and frugal and based on simple yet flavorful ingredients; excellent examples include ‘Greek salad’ (horiatiki salata) and even souvlaki. However, you’ll also find that the same goes for heartier winter recipes. Here is a small list of traditional Greek winter staple dishes you can enjoy.

Greek stuffed cabbage leaves, or lahanodolmades in Greek, is a traditional dish of cabbage leaves filled with a mixture of minced meat and rice and served with an egg and lemon (avgolemono) sauce. The stuffing is usually flavored with oregano and mint, and if you are a vegetarian, you can simply leave out the meat. Though the dish is simple, it is flavorful, with the sauce adding a lemony layer, complementing the cabbage. 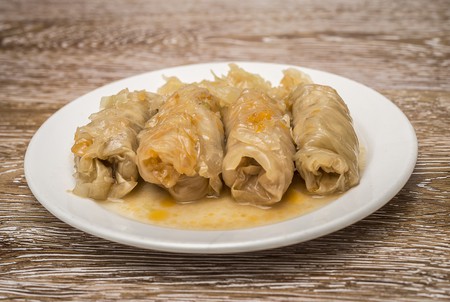 During the winter, Greeks forgo the horiatiki salata (or classic Greek salad) in favor of lahanosalata, or cabbage salad. If you’re visiting the country in the winter months, don’t be sad. You can still find horiatiki in the majority of tavernas, but why not give this winter selection a try? Full of flavors and texture, the salad is made of cabbage, of course, and while some people add carrots, onions, and a dash of olive oil, others keep it simple and complement the dish with aromatic herbs. It is basically a coleslaw but without the yogurt and seasoned with olive oil. It is an excellent fast dinner option if you pair it with feta cheese or another source of protein for the meat lovers out there.

Another winter veggie you’ll often find on the Greek dinner table is leeks. Prasorizo (or leek rice) is a simple, vegan dish that can be served with virtually anything and is similar to risotto. The vegetable and rice are cooked together with the addition of lemon juice and dill. Simple, fast, and delicious. 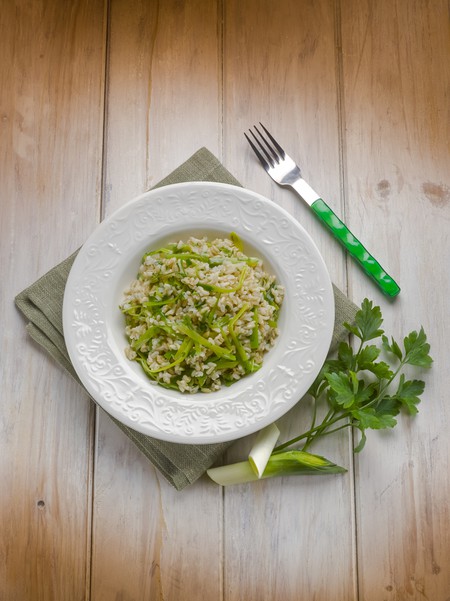 Fasolada is a traditional Greek bean soup – a vegetarian recipe that can easily be made at home. Perfect to warm the body and fill the stomach on cold nights, this hearty soup is a winter standard. Traditionally, the humble dish includes white beans cooked with olive oil, onions, carrots, tomatoes, and celery. Once you’ve tried it, you’ll be hooked. 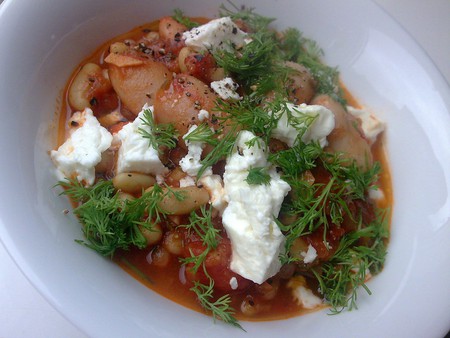 Who doesn’t love a good meatball soup? Another Greek comfort food, giourvarlakia (hard to pronounce the first time, but you’ll get the hang of it) is perfect for a cold winter’s night. It is a flavorful meatball soup, finished off with the infamous egg-lemon sauce (avgolemono), although a version including tomatoes also exists.

A traditional dish from Pelion, spetsofai is another winter staple. Made with country sausages and peppers cooked in a rich tomato sauce, spetsofai can be served with cheese, but don’t forget the bread – you’ll want to dip it in the sauce. The original recipe contains aubergines, and in some regions, it is made with hot paprika and red hot chili peppers instead of regular peppers. Whichever version you find or make, it is a must-try. 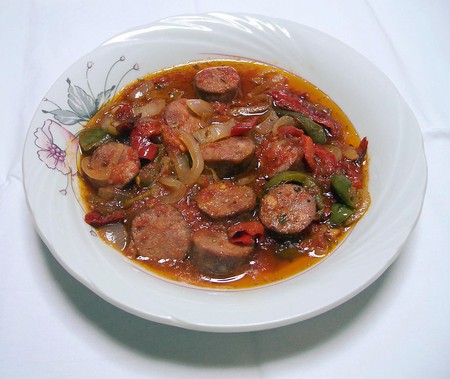 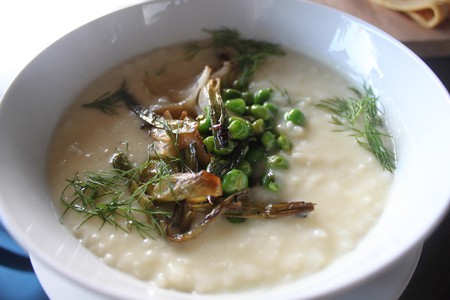 This self-explanatory dish, called kotopoulo sto fourno me patates in Greek, is comforting, simple, and delicious. Potatoes, cut into thick half wedges, and chicken are both seasoned with oregano plus a dash of olive oil and then put in the oven to roast. Pair the dish with a tasty salad, and you’ve got yourself a healthy meal.

Want a filling winter dish that won’t make you hide the scale? Greek beef soup, called soupa mosxari vrasto, is the answer. This tasty meat broth with carrots, celery, and boiled potatoes is a low-fat dish which can also include orzo pasta, rice, or other Greek pasta such as hilopites and sometimes tomato sauce.