This Unusual Greek Delicacy Is Pickled in Seawater 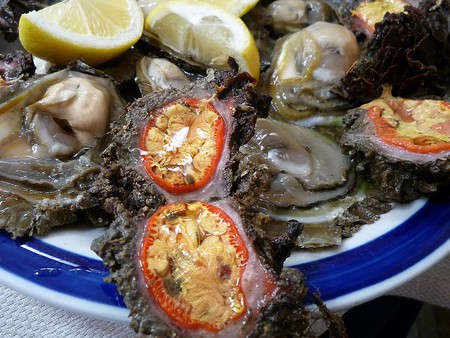 Fouskes, or sea squirts, are the main ingredients in spinialo, a delicacy from Kalymnos | © Varaine / WikiCommons

Iceland has its hákarl, a national delicacy made of rotten shark meat, and Sardinia has its maggot cheese. But do you know spinialo? This seafood dish has been prepared on the island of Kalymnos for centuries – here is what you need to know about this unusual dish.

One of the main sponge diving centres in the Mediterranean is the island of Kalymnos, and in addition to its rugged peaks and booming climbing culture, this island is also home to a unique local delicacy. While natural sponges from Kalymnos are widely used across the Mediterranean, spinialo is largely unknown to international audiences. 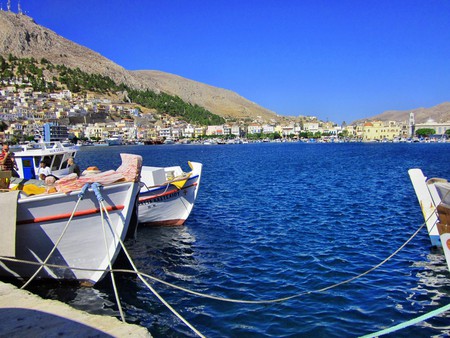 A delicious appetiser, spinialo consists of sea squirts (or fouskes), marine invertebrate animals that can easily be mistaken for a rock, marinated for weeks in seawater and a bit of olive oil. Often, sea urchins, scallops, mussels or devil fish are added to the mix. This dish is usually served with a drizzle of lemon on a barley rusk. With its bitter taste from the iodine and its soft texture, spinialo is definitely an acquired taste, but this is often the case for the most unusual delicacies.

Traditionally, sponge divers prepared this dish; they had to resort to pickling as they embarked on their week- or month-long sea voyages across the Mediterranean. Preserving their catch in the liquid most available to them – seawater – was their solution to the lack of fresh food throughout the journey.

Where can you try spinialo?

To this day, fishermen still make the dish in bottles of seawater and often sell it on the island, mostly to fish markets. You can also occasionally find it in restaurants and tavernas, such as To Ouzeri tou Sfouggara (+30 22430 28887), which serves spinialo with a combination of fan mussels and sea urchins. The delicacy can also be found sporadically in mainland Greece. Fish Point is a fish restaurant and deli in Athens that serves sushi, spinialo and a variety of other seafood.

While not very well known in mainland Greece, spinialo is even less familiar abroad when compared to more popular Greek dishes such as moussaka or gyros. However, this delicacy is definitely worth a try if you have the chance to visit Kalymnos and stumble upon a fish market where you spot bottles of this unique appetiser. Who knows, you might actually get hooked on it.