This Medieval Fortress in Greece Was a Popular Home to Executioners 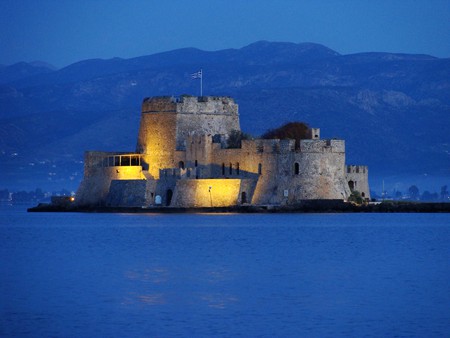 Once the seat of the revolutionary government and then the capital of the newly constituted Greek state from 1829 to 1834, Nafplio is a picturesque town in Peloponnese. The Palamidi fortress and the rock of the Acronafplia, which was fortified in the 3rd century BC, dominate its landscape. But today, Culture Trip focuses on the town’s third fortress, the Bourtzi, located on an islet by the harbour.

It is undeniable that Nafplio’s Old Town, with its neoclassical houses, picturesque streets, flowered balconies and its Turkish fountains, has a charm of another era that seduces all its visitors. And it seems that after all the constant struggles the town has suffered throughout the ages, happiness has finally settled in the area. However, for several years, one part of the town was not seen as being charming as the rest.

On the islet near the harbour, the Venetians built the Bourtzi fortress as a defensive tower in 1471. The Turkish invaders, who also dropped huge rocks around the fortress to prevent any boat from coming near it, reinforced the walls of the hexagonal structure in 1711. 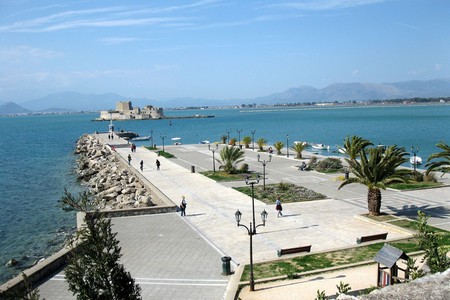 During the revolution, the Greeks won the tower back, and it served as a fortress until 1865. For a time, however, it remained vacant – that is until Bourtzi became the home of the executioners who had the job of carrying out the death sentences of the prisoners of the Palamidi fortress. While it is not surprising that executioners were not the most loved people back in the days, this profession, often passed down through generations, was looked down upon by the Ottomans, and this is probably why the residents of the city refused to have the executioners live among them. In fact, during the Ottoman Empire, executioners were buried in separated graveyards when they died, and their tombstones were usually bare and unpolished.

Once the country abolished capital punishment, the Bourtzi was left vacant, and it was only in 1930 that renovations turned it into a luxury hotel where Melina Mercouri spent her honeymoon with her second husband, American film director and producer Jules Dassin. 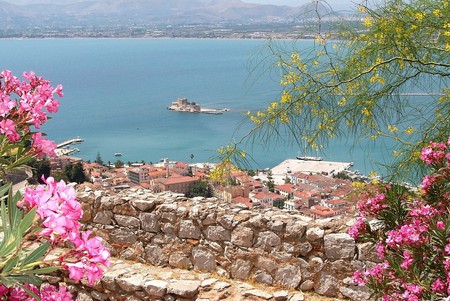 View of the Bourtzi from Acronafplia | © PixaBay

Today, Bourtzi hosts several concerts and events, such as the Summer Music Festival. Easily accessible by boat from the port, it is a stunning attraction you should not miss if you visit the beautiful town of Nafplio.