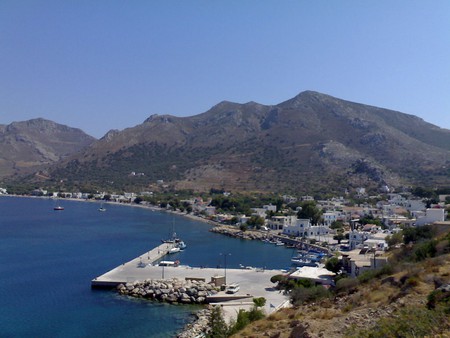 Given the year-long sunshine and abundant natural resources available, Greece has been relatively slow to embrace sustainable energy. However, recent developments on the island of Tilos have the potential to put the country on a new and greener path.

Located in the Dodecanese group of islands in between Kos and Rhodes, Tilos is a small and relatively unknown destination that has historically been dwarfed by its larger and more tourist-friendly neighbours.

This year will see the island and its 600 inhabitants become a major name in the green energy scene.

Tilos is preparing to become the first in the Mediterranean to be powered entirely by sustainable energy. At €13m, the project was a sizeable investment for a country suffering from the impact of austerity measures. However, thanks to an €11m grant from the European Union, the building of a powerful wind- and solar-powered energy system is well underway.

The move towards sustainable energy came both from necessity and innovation. Tilos’ location makes the island susceptible to power cuts. These ongoing electricity shortages have proved frustrating for islanders hoping to transform Tilos into an idyllic escape for visitors, which can number up to 3,000 during peak summer months, as well as for navigating everyday life.

Solar and wind power will be used to charge large batteries placed on the island that can then store and distribute energy when needed. During peak tourist season, having the capacity to regulate the power supply will combat blackouts and also enable Tilos to manage its energy better throughout the year. 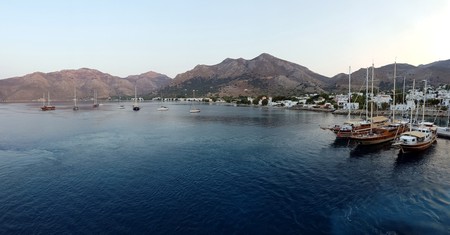 While Tilos’ smaller scale makes it perfect for trialling this new system, the effects of the project could quickly be felt across the Greek islands.

During summer, larger and better-equipped islands may be more experienced with coping with the energy demands of tourists but still struggle to combat their negative environmental impact. Setting a greener precedent for tourism in Greece could prove an exciting opportunity.

These latest developments also come at a time when Greece has exited its eurozone bailout programme. As the country begins to look at creating a robust local economy and fostering national enterprise once again, sustainable energy initiatives such as this latest development on Tilos offer a positive future narrative.

Elsewhere in the world on islands of similar size, such as Ta’u in American Samoa, being reliant solely on renewable energy has proved highly effective.

With its new energy sources, Tilos can evolve its reputation as a destination for those who appreciate low-key and more nature-orientated holidays in Greece. From hiking trails to laid-back evenings eating traditional Greek dishes at tavernas with locals, the island will prove most alluring for those craving some tranquillity and relaxation.

In the future, the island will be able to optimise its local offerings. As well as providing a better experience to visitors, Tilos can enjoy a new reputation as a leader of sustainable energy in the Mediterranean.